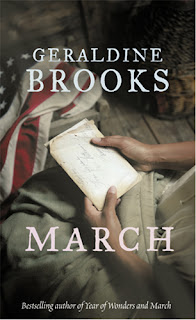 “MARCH” Geraldine Brooks (first published 2005)
“THE AMALGAMATION POLKA” Stephen Wright (first published 2006)
Because I’ve been reading a novel by Charles Frazier, I am put in mind of his American Civil War novel Cold Mountain. And this sets me thinking of two other good American novels I have read in recent years, which dissect aspects of the same conflict, even if their approaches are not the same as Frazier’s.
Both share an unsentimental view of the war, a refusal to be misled by sanitised Gone With the Wind-type images of the Old South, and a focus on the unpleasant issue of slavery.
Geraldine Brooks’ March burns with anger, yet manages to contain it in an restrained, rational, and therefore doubly disturbing prose style. 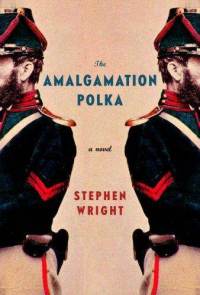