IN PRAISE OF DRIFTWOOD 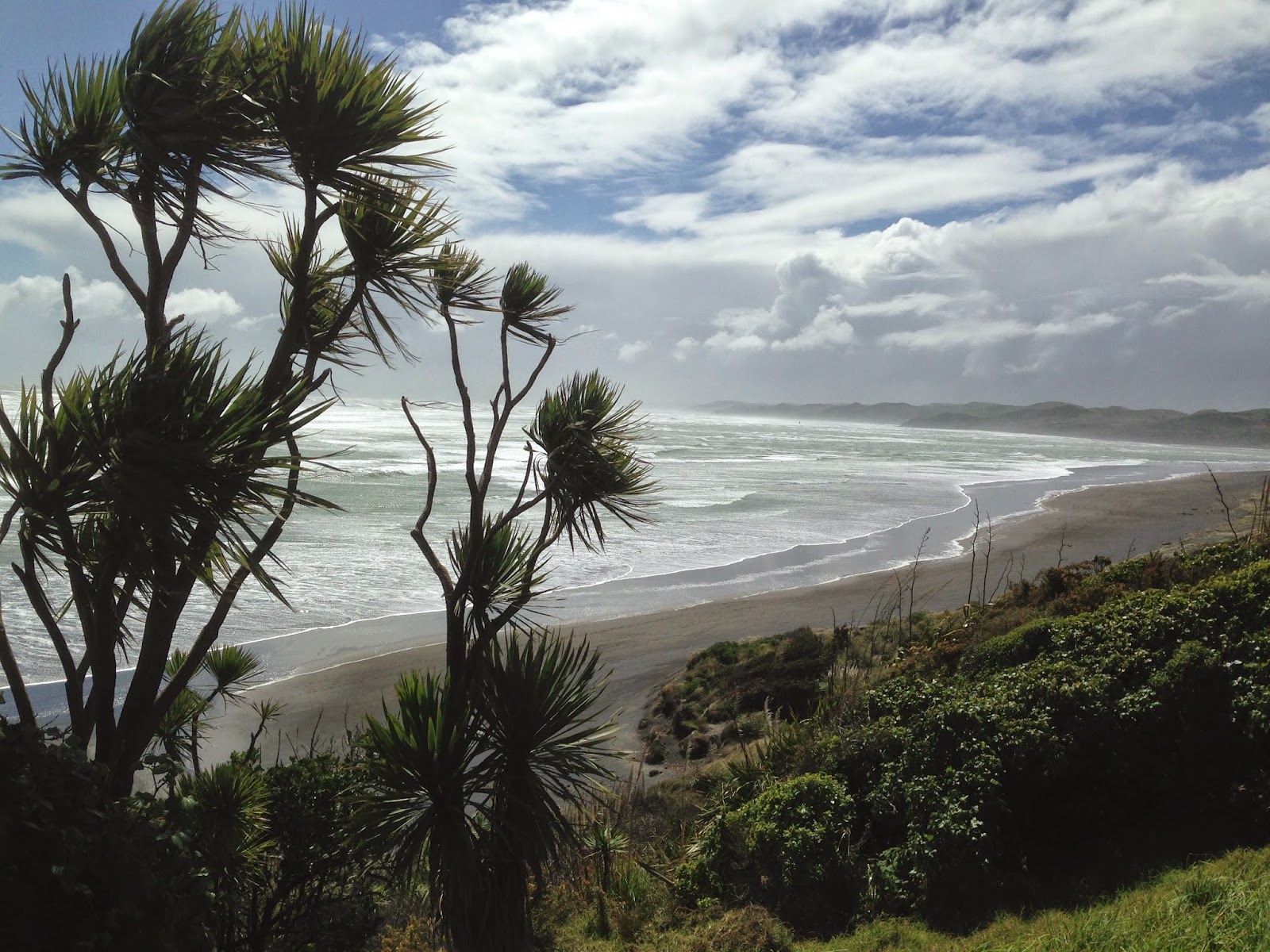 Recently, looking for a day’s pleasant outing, my wife and I scanned a map of the upper half of the North Island and asked ourselves what significant towns or centres there were which, in the whole of our lives, neither of us had ever visited.
There turned out to be only two, on opposite sides of the island.
Raglan and Gisborne.
Deciding Gisborne was too far away, we opted for Raglan, drove about an hour-and-a-half from Auckland to get there, and found ourselves thoroughly enjoying our excursion. I won’t tell you everything we did and saw in Raglan as this is not a Year 8 class and you didn’t visit this blog to read “What I Did in My Holidays”. 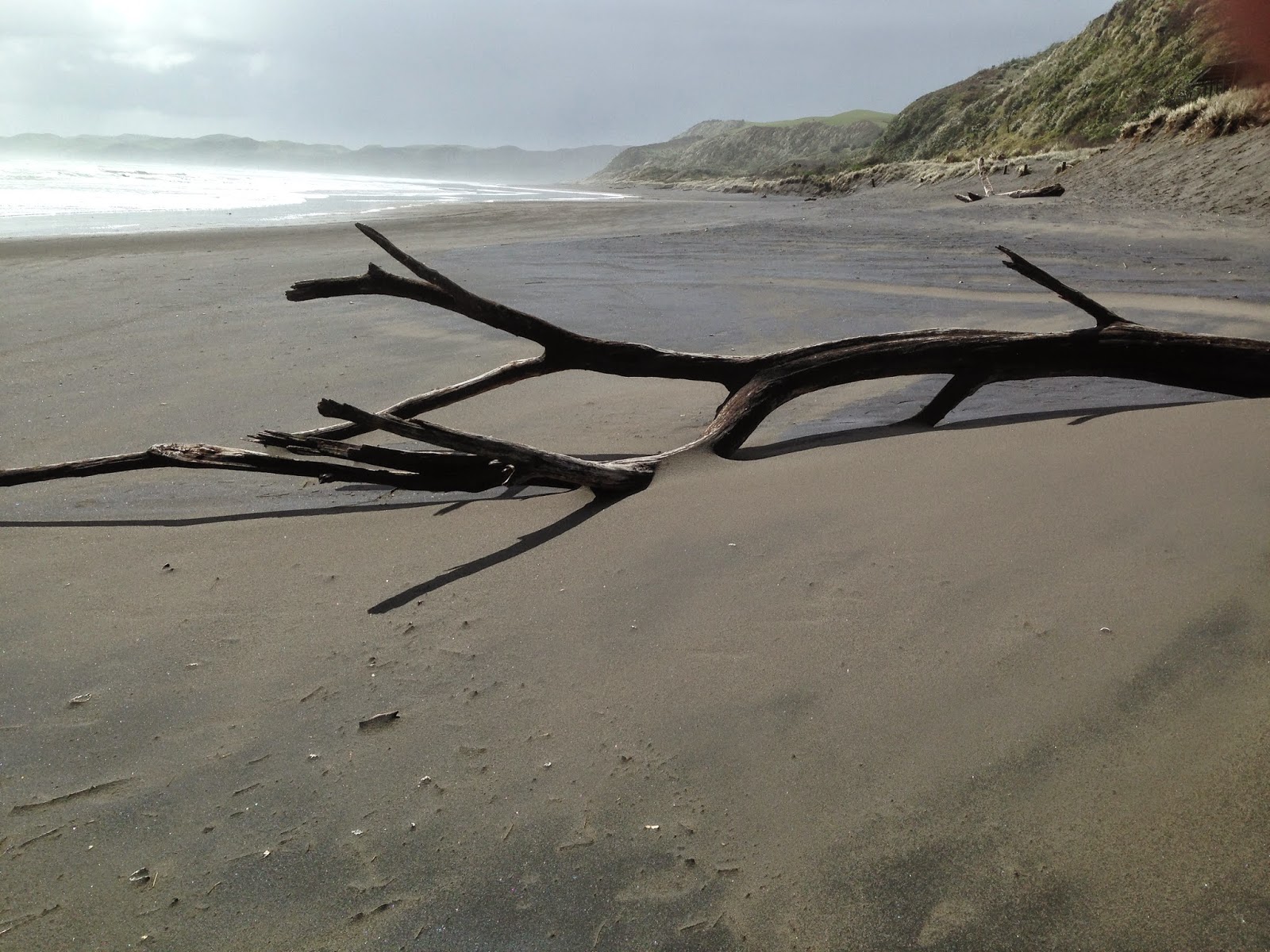 But I will tell you something that struck me as we wandered along the long black-sand beach with half a mile of surf crashing and shouting beside us.
I was struck by the driftwood and found myself obsessively photographing it.
What is it about driftwood that brings out the artist in people?
As I’ve noted before on this blog [look up the posting “On the Potency of Ruins” via the index at right], driftwood, together with derelict farmhouses with rusted corrugated iron roofs, was once one of the most common subjects for New Zealand painters to tackle. I seem to recall Hamish Keith somewhere remarking how driftwood, like decaying sheep’s bones, had become an artistic cliché as early as the 1950s. Yet here I was fascinated by the stuff and stopping in our walk to photograph it.
Two things occur to me. One is that nothing becomes a cliché unless it originally had some wide and potent appeal to people. If people once turned into clichés strong and silent men, or whores with hearts of gold, it was because there was a huge audience who wanted to believe in such creatures. So too, driftwood, especially on a vast and open beach, has a huge appeal, and it must take considerable discipline for painters NOT to paint it now that they know such beachscapes are derided.
Second, I asked what the appeal of driftwood is. I think it is a combination of an awareness of history and an awareness of the creative powers of nature.
Driftwood clearly has a past – a history – as it has come from somewhere else and been swept or blown or floated to where we meet it. It is a wanderer as we are, not fixed in place like the living tree from which it came. Sometimes it has a human element in its history. (Some of the specimens I snapped were charred and had apparently been used, unsuccessfully, by holidaymakers for beach fires.) So when we look at driftwood we are looking at something that tells a story. 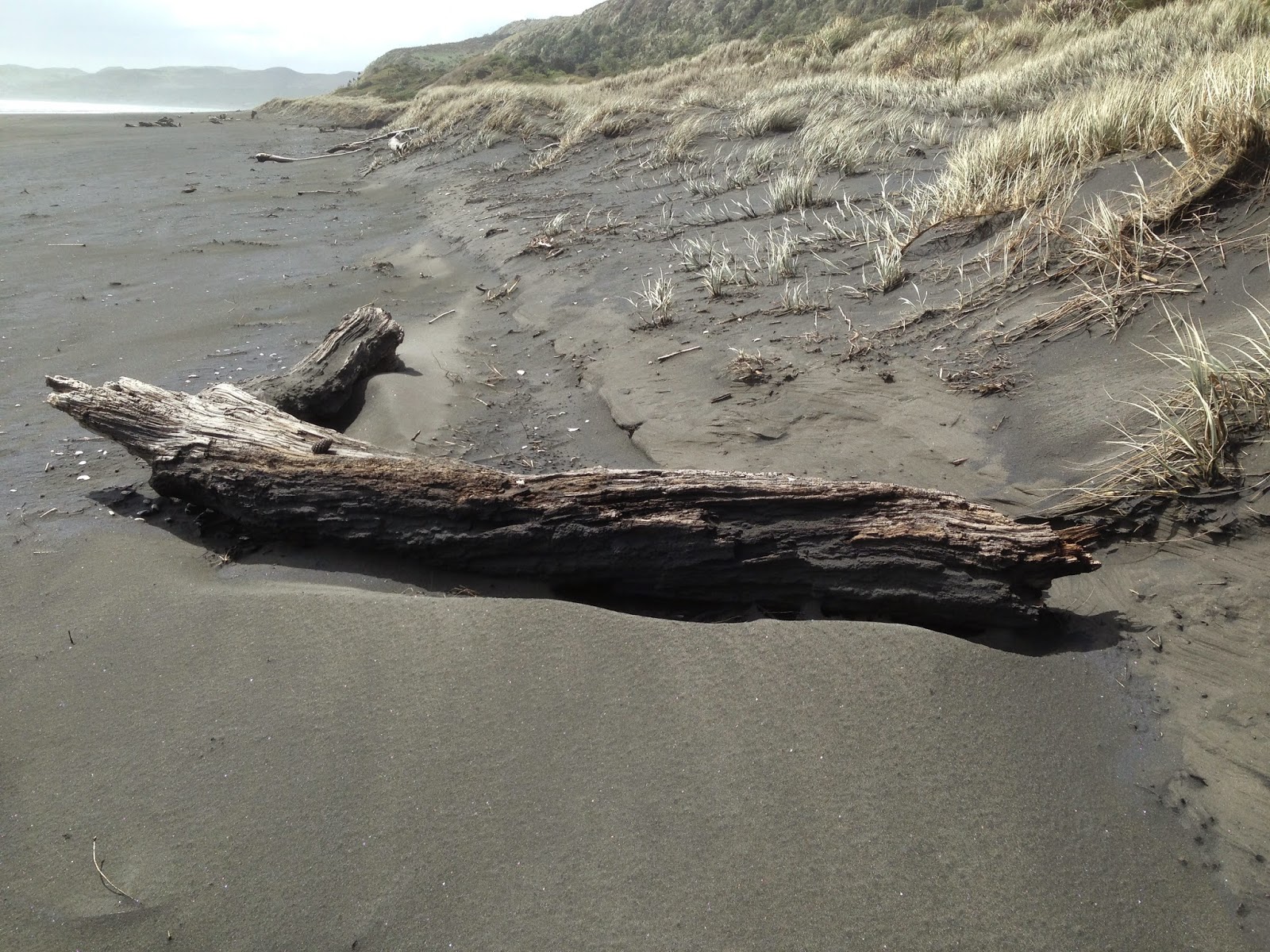 As for the creative powers of nature, driftwood is preserved by the salt-sea water in which it has been floating, smoothed by the blowing sand, which acts on it like sandpaper, and dried and bleached by the sun. It becomes a non-representational sculpture, like a late Henry Moore. We can read into it limbs that are not limbs and yet as smooth as skin.
Am I rationalising too much here? Possibly. Perhaps, as I did in my earlier piece on ruins, I should simply acknowledge that a matured piece of driftwood has simplified lines and is therefore aesthetically pleasing.
And I’ll leave it to you to look at some of my pictures and see what you think. 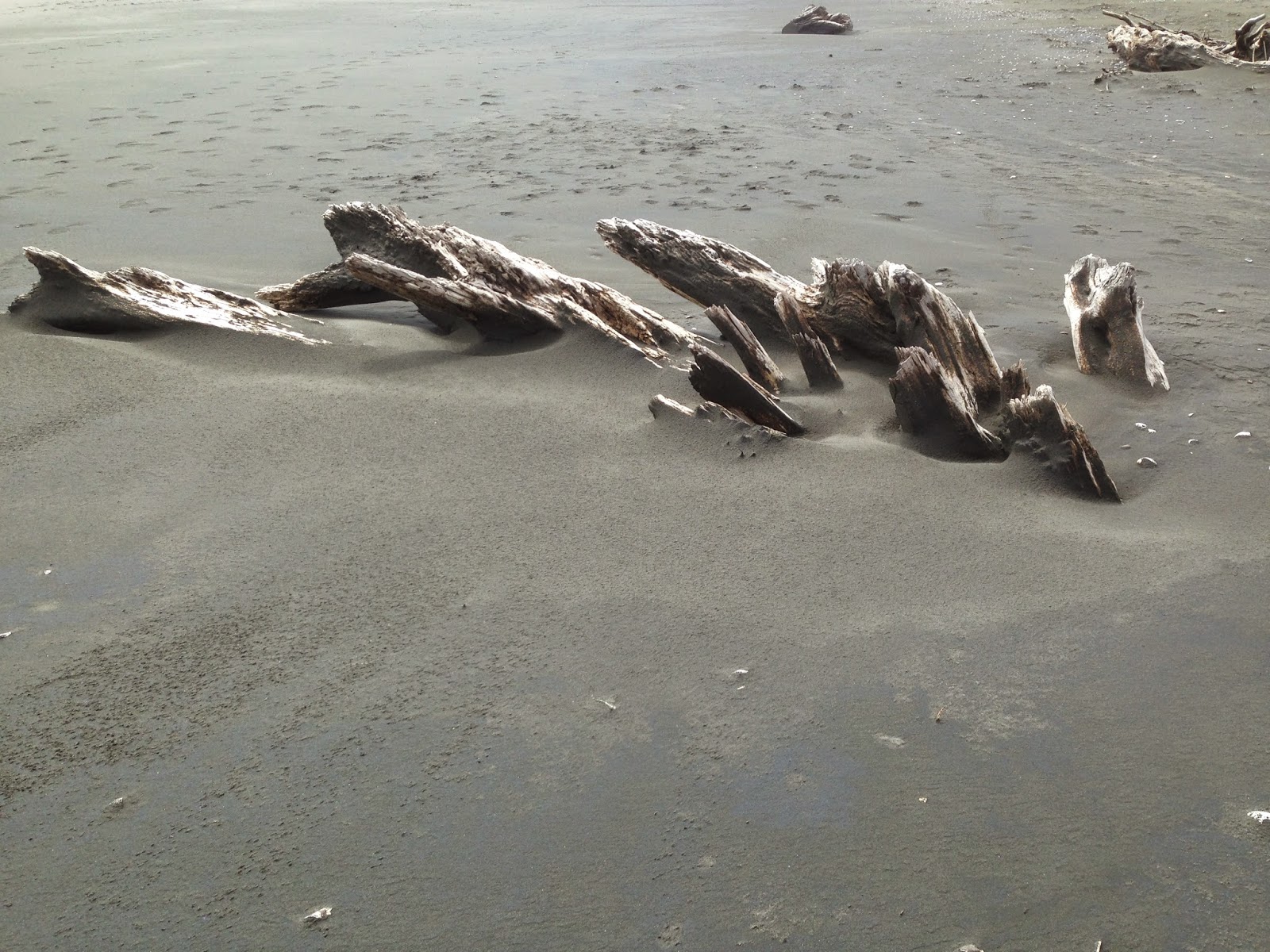 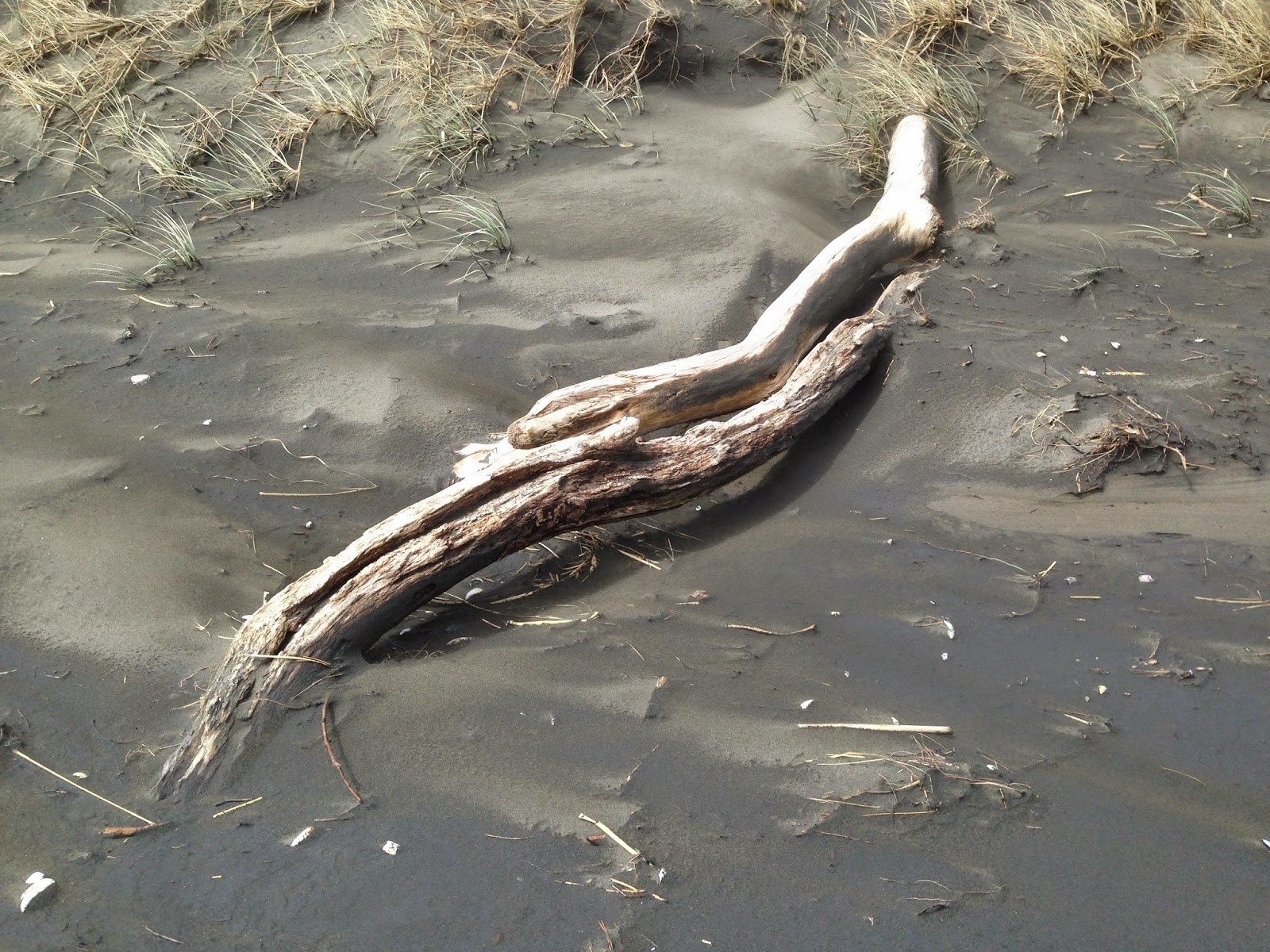 Email ThisBlogThis!Share to TwitterShare to FacebookShare to Pinterest
Labels: In Praise of Driftwood, Something Thoughtful