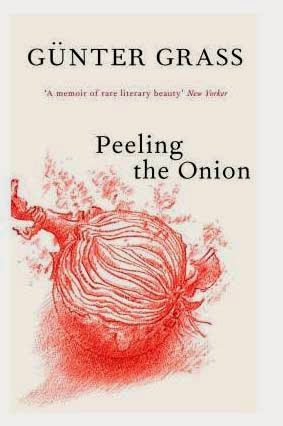 After last week’s note on Kiran Desai’s The Inheritance of Loss, I am this week again going to do something which it is not my custom to do. I am going to serve up to you in this “Something Old” slot, neat and unaltered, a review which I originally wrote for another publication. However, I have my reasons. The death of 87-year-old Gunter Grass (1927-2015) occurred three weeks ago, on 13 April. Along with Heinrich Boll (Nobel Prize for Literature 1972), Gunter Grass (Nobel Prize for Literature 1999) was one of the best-known, and certainly the most-visible, German writers of the late twentieth century. Some would rank him as the greatest German novelist since Thomas Mann (Nobel Prize for Literature 1929), and there is the coincidence that Thomas Mann was a native of Lubeck, the city in which Gunter Grass spent most of the second half of his life (as I saw the mayor of Lubeck explain in one of the many telecast obituaries for Grass). However, the surreal, politically-committed, “magical realist”, cruel, excessive and often very funny Gunter Grass had little in common, in terms of style, with the reserved, intellectualising and haughtily ironical Mann. 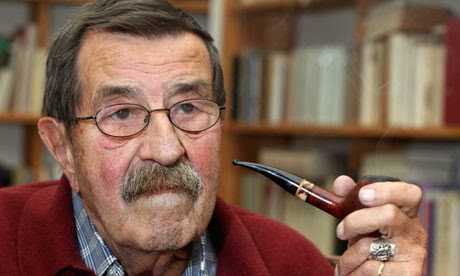 Now normally, if a novelist of this stature died, I would dive for my reading journal and give you a re-cast version of what I wrote about one of his novels. But I am unable to do this. I read Gunter Grass’s “Danzig trilogy” (The Tin Drum, – still his best-known novel - Cat and Mouse and Dog Years) and his Local Anaesthetic years before I started a reading journal, so I haven’t preserved my thoughts on them. I remember laughing sardonically at a university student production of his play The Plebeians Rehearse the Uprising, his satirical view of how Bertolt Brecht acted (or rather, failed to act) during the 1953 workers’ uprising in East Berlin. Of course all the campus Marxists, wounded by the satire, rushed off to write articles on how unfair the play was to Brecht. I also, more recently, read Grass’s My Century (Mein Jahrhundert, 1999) in which, as the century was about to turn, he reflected on changes (political, social, cultural) in Germany with representative, pithy stories, like a series of serious anecdotes. But I have little to say on this, except to commend it as an easy read.
So, to commemorate Gunter Grass, I fall back on the only review I ever wrote of one of his books. It is a review of his childhood and young manhood memoir, Peeling the Onion.
The following review, which appeared in the New Zealand Listener [4 August 2007] is largely self-explanatory, except that I should clarify a few things.
First Lech Walesa, Polish anti-communist dissident and later president of post-communist Poland, was at first loud in denouncing Gunter Grass for the chief shocking revelation in Peeling the Onion. Walesa was one of the first to suggest Grass should be stripped of his Nobel Prize. Later, however, Walesa changed his mind and apparently became a friend of Grass’s. He was another who gave a televised obituary for Grass, bonded by the fact that they were both natives of Gdansk (which once went by its German name, Danzig).
It would also be fair to note that some of the German intellectuals, who criticised Grass for his shocking revelation, did have a point. On reflection, Grass’s revelation was not all that shocking. But it was odd that a man who had so often lambasted his fellow countrymen for not facing up more forthrightly to their Nazi past, should neglect to mention this aspect of his life until so late in the day.
One final clarification. As I’ve noted before, the historian in me bridles at memoirists who stretch things a bit, especially if the memoirist plainly tells untruths [look up my views on William Wright’s Lillian Hellman, the Image, the Woman via the index at right]. I do now wonder if I didn’t let Gunter Grass off a little easily because he was such a renowned novelist. Apparently Gunter Grass wrote two other volumes of memoirs (which I have not read) after Peeling the Onion, and even if they had no upsetting revelations to offer, some critics carped at their lack of veracity. Being an imaginative novelist, Gunter Grass could also have been a prize bullshitter.
Okay, enough of this waffling. Here, unedited and unaltered, is the review of Peeling the Onion which I wrote for the Listener eight years ago:

The central metaphor is easy enough. Like peeling an onion, the autobiographer takes away one layer after another to reveal his true character. He has to be careful, though. As it says in Peer Gynt, he may discover that, like an onion, he has no heart. Gunter Grass, graphic artist and Nobel Prizewinner for literature (1999), places before each chapter of his autobiography, Peeling the Onion, his own line drawing of an onion deconstructing.
We’re ready to accept this image when a doubt hits us. Surely a man as clever with words as Grass is just as adept at concealing as revealing. Who says he isn’t mystifying us and adding skins to the onion?
After all, there is quite a bit he might wish to conceal. The chief awkward fact is fairly shocking. In the last three months of the Second World War, as the Reich collapsed and the Red Army closed in, Grass was a member of the Waffen-SS.
Publication of this fact caused outrage before the German edition of this book appeared. Some people called for Grass’s Nobel Prize to be revoked, especially as he had enjoyed half a century as Germany’s most outspoken liberal intellectual. However, others (like Lech Walesa) withdrew their outrage once they examined the facts more closely.
Grass was 12 when the war began and 18 when it ended. He has never disguised the fact that he was in the Hitler Youth and (at first, at any rate) was immensely proud of Germany’s lightning conquests. A regular little patriot. Like most Hitler Youth, he was conscripted into the armed forces when Germany was at its last ditch. The group he was conscripted into was a Waffen-SS reconnaissance unit. Apparently (according to his account) he never fired a shot. The kid was lucky enough to meet a level-headed Wehrmacht corporal who advised him to ditch his SS collar flashes if he didn’t want the Russians to shoot him out of hand. Grass got rid of his SS tunic, acquired a regular army one, fled west and was captured by the Americans. (Meanwhile, in Danzig, his mother was repeatedly raped by the [Russian] victors, offering herself in place of her daughter.)
All this sounds plausible, as do his hair-raising accounts of wartime escapes. We’re dealing with a conscripted teenager, then. Not a war criminal. But there’s still this niggle. Why has Grass, usually so frank about his country’s sins, chosen not to admit this experience until he is nearly 80? Is he peeling the onion or adding another skin? Or is it simply another example of that national guilt that drives Grass, like so many German writers, into the familiar Teutonic variety of verbose irony?
Peeling the Onion’s 400 pages take us from 1939 to 1959, when The Tin Drum was about to be published. There are certainly other matters that Grass is evasive about. He ends when he is married to his first wife, but as they subsequently divorced, the passages about her have an oddly mawkish “where-did-we-go-wrong?” tone. On other things, he wriggles uncomfortably. Of Catholicism, he says he gave up on his mother’s religion when he was 14 and has never looked back. But then he has to deal with months of receiving charity at a Franciscan hostelry, and his Catholic sister’s failed attempts to become a nun.  He teases the reader about whether he did or did not meet the young Joseph Ratzinger (the present [in 2007] pope) when he was a teenager.
Occasional dodginess noted, this is still essential reading for Grass-followers. Outside the SS business, the chief surprise is how closely the author’s life followed things that seemed complete fabrications in his novels. Some of the crazier stuff in The Tin Drum, Cat and Mouse, Dog Years and Local Anaesthetic, it turns out, had flesh-and-blood antecedents. The author is allowed the odd self-important tone about his works. They are, after all, Germany’s most significant novels for the second half of the 20th century. His political perspective seems a sane one, too. Grass is the gradual socialist wary of extremes of left and right.
At least, that’s what he says he is.
Posted by Unknown at 9:01 AM

Email ThisBlogThis!Share to TwitterShare to FacebookShare to Pinterest
Labels: Gunter Grass, Peeling the Onion, Something Old