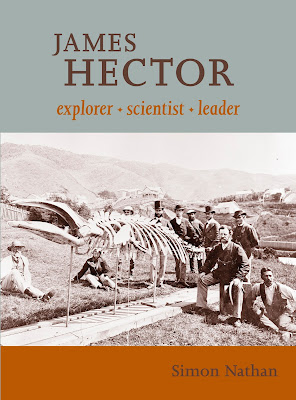 The photograph on the cover of Simon Nathan’s James Hector – Explorer, Scientist, Leader is very striking and has often been reproduced. Taken in about 1874, it shows James Hector and his staff at the Colonial Museum, in Wellington, gathered around the skeleton of a pygmy right whale. It’s a very evocative photograph, with most of the ten males in view (but not Hector) be-hatted and still looking somewhat formal as they pursue the natural sciences. At once we get a whiff of an exciting age for science, when it was still practised as much by enthusiastic amateurs as by professionals, and when the professionals didn’t hesitate to explore more than one branch of science. 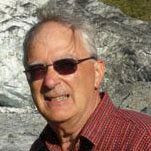 But it might have been a mistake to choose this striking image for the cover. James Hector is now remembered mainly for giving his name to the small Hector’s dolphin (Cephalorhynchus hectori), which has led some to assume that Hector was primarily a naturalist. The cover could reinforce this view. In fact, as Simon Nathan’s sprightly and readable biography makes clear, while Hector did make contributions to botany, zoology, astronomy and other sciences, he was always, by both training and interest, primarily a geologist.
The publication of James Hector – Explorer, Scientist, Leader is timed for the 150th anniversary of Hector’s becoming (in 1865) the first professional scientist employed by the New Zealand government. As Nathan says in his introduction, this is not a book for specialists, but is deliberately “a relatively short biography, concentrating on the main events in Hector’s life and his place in late nineteenth-century New Zealand”(p.12). In other words, the target audience is the general, non-scientist reader, like this reviewer. The book’s 240-odd pages of texts are extensively illustrated, and many of the illustrations are reproductions of Hector’s own sketches of land which he explored and surveyed. It is clear that, along with his other accomplishments, Hector had considerable artistic skills.  One of the book’s many pleasures consists of comparing, on p.60, Hector’s sober sketch of Milford sound with the more dramatic and stylised image, made from the same viewpoint, by Hector’s fellow-scientist, the artist John Buchanan. 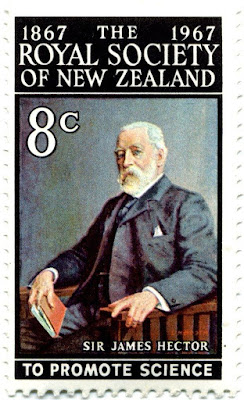 But the book’s focus is on the scientist and his achievements. As Simon Nathan remarks, a “generalist” like Hector tends to be underrated or even dismissed as a dabbler in our own times, when scientific specialisation reigns. But you cannot close James Hector – Explorer, Scientist, Leader without feeling at least some envy for a time when one man could embrace with enthusiasm so many branches of science, and contribute fruitfully to many of them.
Posted by Unknown at 9:02 AM