NOTICE TO READERS: For six years, Reid's Reader has been presenting an entirely free service to readers with commentary on books new and old. Reid's Reader receives no grants or subsidies and is produced each week in many hours of unpaid work. If you wish to contribute, on an entirely voluntary basis, to the upkeep of this blog, we would be very grateful if you made a donation via the PayPal "DONATE" button that now appears at the top of the index at right. Thank you.] 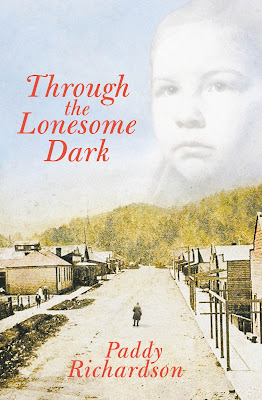 I confess freely that I approach most new “historical” novels with some trepidation. It’s not simply the possibility of anachronisms, though the darn things are distracting when they turn up in “historical” fiction. Nor is it the fact that, more often than not, such novels present a simplified version of the past and play to stereotype. What really gets me is the tendency “historical” novelists have to insert our current ideas and attitudes into the minds and mouths of characters supposedly living in a past age. This means that the most sympathetic characters in such novels usually turn out to be people from our own time who mysteriously have got dressed in the clothes of a different time.


As “historical” novelists go, Paddy Richardson is not too guilty of these things. I could not, I am glad to say, find any anachronisms in her latest novel Through the Lonesome Dark, and the values expressed by the characters are credibly of their age, although Richardson does play up those values that would be most congenial to us now. Certainly a good part of the novel is like a feminist treatise on how women were once more limited in their choices and penalised by the law. But, though it is in its own right a robust and readable narrative, Through the Lonesome Dark suffers from a really strange structure.


Of which more anon. 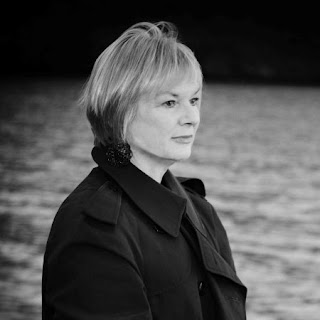 Let’s get our bearings first. The earlier half of Through the Lonesome Dark is set in the West Coast mining town of Blackball in the years just before the First World War. When most people think of the history of Blackball, they think at once of the big miners’ strike in 1908, which has been dramatised and novelised more than once (see, for example, Eric Beardsley novel Blackball ’08, published back in the 1980s). Wisely, Paddy Richardson does not dwell on this oft-told tale. The strike is referred to in only one brief, retrospective conversation (pp.127-128) and we get a small child’s disjointed memories of it.


Richardson’s focus is the child Pansy Williams, about 10 when the novel begins. Pansy’s home life is raw. Dad is a miner, frequently drunk and too ready to use his fists. Mum is Catholic. Dad isn’t. Dad resents Mum’s religiosity and blames her for “driving away” their sons, leaving only little Pansy at home with them. Dad frequently beats up Mum when he’s been on the booze. The child hears all the noises and desperation.


Little Pansy has some avenues of apparent escape. She is good friends with two boys of her own age, Clem Bright and the German boy Otto Bader, both children of miners as Pansy is, but not of miners as brutal as Pansy’s father. In the early stages of the novel Pansy and the boys wander the nearby creek and bush in a sort of childhood idyll, and make plans to be good friends for ever. But as puberty approaches, and as Pansy’s mother acquaints her with the awful fact of menstruation, Pansy suddenly begins to realise that boys and girls are assigned different roles in the world, and the two boys begin to treat her differently:


“Weren’t they to have stayed friends and be together? Hadn’t they said always, not only in their words, but in their hearts and minds, in their running and catching and laughing? But now? She sees in their faces turned towards each other that she’s only a girl they used to play with. It’s what she is now and what she’ll be in the future when they’re the men they think they’ve already grown into.” (p.53)


Pansy is intellectually bright, an adavanced reader in her primary school, top of the class and capable of getting a higher education. She qualifies for a scholarship to a secndary school in Greymouth, where all her fees would be paid. Her sympathetic teacher Miss Tinsdale tries to get her to take up this opportunity, but Pansy needs her parents’ permission and her brutish father won’t give it. Who says girls need an education anyway and besides, why should Pansy think she’s bound for better things than her working-class parents? She’s just getting above herself.


Instead, Pansy has to become a domestic servant to a hard employer.


Things at home get worse as Dad continues to thrash and abuse Mum and Pansy grows to resent her mother’s view that it’s her wifely duty to put up with it.


“Ma’d see that as her duty; it’s her duty to wash her husband’s back, her duty to cook his dinner and to get his crib ready every night for the next morning and to wash his clothes and her duty and all to lie on her back with her legs open when he wants that. She hears it, still, through the wall, his grunting then a groan before he starts up with his coughing. She hears the bed creak as they turn over facing away from each other and then nothing until he starts to snore.” (p.78)


Pansy sours on the whole notion of inequitable marriage:


“If there’s any worshipping or laying down of life or anyone swept off their feet out of love, it’s not in Blackball. What she sees here is the women bringing in the coal to keep the stoves going, and cooking with what’s the cheapest they can buy, and scrubbing, scrubbing, scrubbing the soot off the tables and the floors with the sandsoap taking the skin off their hands and when they get out for once in their lives it’s to the Miners’ Picnic or church or blackberrying. And there they are, them and their family, in the clothes made by them and washed clean despite the water from the tanks on the tar roof sometimes coming down so black you have to start the wash all over. Washed clean and starched and ironed.” (p.79)


When Pansy, now a teenager, concocts a plan to secrete some of her wages so that she might make her escape, her father finds her stash, confiscates it, and says all wages coming into the home are his. He gets even more abusive to Mum, finally thrashing her when she’s pregnant again so that she miscarries bloodily and nearly dies of a fever.


Then the First World War breaks out.


Okay, so what have we learnt as we near the halfway point in this novel? That women (maybe especially working-class women) one hundred years ago had limited property rights; that advanced education was out of reach for many; that fathers had the right to control their wives’ and daughters’ behaviour; that pregnancy was expected to be frequent and sometimes had dire consequences. It’s all lined up neatly for our inspection.


We are expecting to follow Pansy into adulthood and see how she fares. Instead, the novel takes an odd turn. When the war comes, Pansy is given a lecture by one of the two boys she used to knock around with. He says things of which we would now possibly approve, though they were very much the minority view at the time the novel is set:


“Think about what’s happening , Pansy. What’ve we in New Zealand got to do with all this warmongering? Most came here because they wanted something new but look what’s happening with this government kowtowing to England and sending men off to die for nothing to do with us. They’re using the newspapers to push their ideas, all those pictures of soldiers marching up the streets, looking smart and cocky in their uniforms. What do you think that’s for other than to trick men into thinking it’s their duty and all a bit of a lark, getting dressed up in a unoform and going off on a ship with everyone cheering to mess about with guns for a bit?.... The industrialists will be rubbing their hands together and they’re the one with the power. Do you think they’ll want to stop it now? Do you think they give atoss how many are killed so long as they get their dirty money? It’s the same old story, workers slaughtered to make capitalist fat.” (pp.122-123)


I will not be the cad to spoil the plot by revealing all its twists. But I can say that the novel suddenly switches focus from Pansy Williams to Clem Bright. (The third member of the childhood trio, Otto Bader, is mainly a “noise off”, apparently introduced into the novel solely so that Paddy Richardson can have a few lines about how people of German descent were placed under suspicion for the duration of the war.)


For reasons I won’t reveal Clem, despite having an anti-war dad and comrades, decides to enlist and – as a miner – ends up in the army’s mining corps in France, contributing to trench warfire by digging tunnels under German lines to set explosives etc. In effect, the novel’s strange structure is its sudden switch from being a domestic story about one character to being a war story about another. Paddy Richardson’s depiction of the young miner-soldier’s life is credible enough, as she has clearly done her research. There is even the posibility that Clem’s soldier life in France is intended as implicit comment on the sexual “double standard”. For unmarried Pansy to lose her virginity is a disaster. Clem casually visits brothels and has other sexual dalliances. What’s okay for men is not okay for women.


But even if this comparison were Paddy Richardson’s intention, the two halves of the novel simply do not fit together. Sure, there is a relationship between Clem and Pansy, and the novel does have some hasty thread-tying to bring Clem back to Blackball (one element of which is very improbable and depends on having withheld information from the reader).


We are really left wondering what has become of Pansy and why we have not had the chance to see her grow into a adulthood. That was what the novel seemed to be promising us, but the promise is not kept.
I would be completely misrepresenting this novel if I failed to note that it is well-written, that Paddy Richardson has clearly done her research and knows the historical period well, and that the premise is a credible one. A pity about that split.
Posted by Nicholas Reid at 9:02 AM

Email ThisBlogThis!Share to TwitterShare to FacebookShare to Pinterest
Labels: Paddy Richardson, Something New, Through the Lonesome Dark