REMINDER - "REID"S READER" NOW APPEARS FORTNIGHTLY RATHER THAN WEEKLY, BUT IT WILL NOW TAKE A HOLIDAY BREAK. THE NEXT POSTING WILL APPEAR ON MONDAY 5 FEBRUARY.

We feature each week Nicholas Reid's reviews and comments on new and recent books.
“ALLEN CURNOW – SIMPLY BY SAILING IN A NEW DIRECTION: A BIOGRAPHY” by Terry Sturm (Edited by Linda Cassells) (Auckland University Press, $59:99) 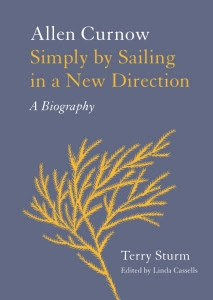 In 2004, when I was living in Wellington for a year, I happened to meet Professor Terry Sturm who was doing some research in the National Library. He told me he was writing the biography of Allen Curnow (Thomas Allen Munro Curnow, 1911-2001) and said he was always on the lookout for any interesting anecdotes and memories of the man. I went home and typed out a little Curnow anecdote, something fairly trivial and amusing from the early 1970s, when I was an undergradute in Auckland and Curnow was one of my lecturers. I delivered it to Terry Sturm the following day and he received it with a cheerful laugh. As it happens, the anecdote hasn’t made its way into Allen Curnow – Simply by Sailing in a New Direction: A Biography, but then I’m aware that a huge part of Sturm’s research material could not be used without swelling this biography to an unmanageable length. Terry Sturm (1941-2009) died before Simply by Sailing in a New Direction had taken its final shape. Rumour has it (and I am willing to be corrected on this point) that what Sturm left was over twice the length of the nearly 700 pages of closely-printed text that we now have. The task of editing it scrupulously was undertaken by Linda Cassells, and was apparently quite a job. Hence the eight years between Sturm’s death and the book’s appearance. 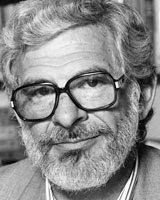 I’ll say at once the things that publishers like to reproduce on blurbs, but that in this case are completely true. Simply by Sailing in a New Direction is a great piece of scholarship and quite unlikely to be superseded as the standard life of Curnow. All future Curnow scholars or biographers will have to refer to it. It is primarily a “literary biography”. Curnow’s life is displayed chronologically, from Anglican vicar’s infant son to nonagenarian poet loaded with honours. But the focus is on the man’s work, so the chronicle of the life is kept in harness with a close analysis of the poems and plays. Not yet having a copy of the new Collected Poems of Allen Curnow (edited by Terry Sturm and Elizabeth Caffin), I read Simply by Sailing in a New Direction with my copies of Curnow’s Early Days Yet, Four Plays and various anthologies within easy reach so that I could check Sturm’s analyses against Curnow’s texts. Making one want to re-read admired work is one of the main things “literary biographies” are supposed to do. This one does.
Sturm (or his editor?) is very good in showing how Curnow’s poetic preoccupations, indeed how his “poetics”, developed over the years. He notes that,  as a young man in the mid-1930s, “Curnow… makes numerous comments that might be read… as the beginnings of a poetics which remained with him for the rest of his life: that poems are first and foremost acts of self-exploration, aimed at ‘digging deep’ into personal experience to discover a substratum of ‘common human need’ which links the poet (and the poems, if they are good enough) to his fellow beings.” (p.89) He deals intelligently with Curnow’s gradual rejection, in the mid-1940s, of poems that made over-arching comments on time and history and his embrace of poems which encoded landscape or recalled sensual experience and childhood in philosophical terms. Towards the end of his life, says Sturm, there was “Curnow’s epistemological scepticism, hinting throughout at the partial, contingent, speculative character of all knowledge of the past.” (pp.602-603)
Many of the analyses of individual poems are illuminating. I was delighted to find Sturm preaching the essentiality of the sonnet “Sailing or Drowning” to Curnow’s earlier work (p.165) – its idea of the uncertainty of “causality” in history is one with which I have frequently confronted classes. The analysis of “A Small Room with Large Windows” (pp.316-319) led me to read the poem more closely than I had previously done, and find things I had not expected. I could create a very long list of other interesting textual exegeses available here.
Another great merit of Sturm’s approach is to consider carefully Curnow’s alter ego Whim Wham, the satirical newspaper rhymster. As he first took up this role in the 1930s, young Curnow wrote : “I now enjoy a sort of nightmare local notoriety as a writer of funny verse: seem to have inherited the family curse of triviality in serious matters & great profundity in the trivial. Perhaps I shouldn’t blame my ancestry – it’s a very common Anglican trait.” (p.133)  For over five decades (1937 to 1988, to be precise), Whim Wham verses appeared first in the Christchurch Press and later in Auckland’s New Zealand Herald. Curnow could be very prickly with researchers and interviewers who asked him about Whim Wham, preferring to be discussed in terms of his “serious” poetry. But as Sturm appears to realise, the Whim Wham verses are often a better guide than the “serious” poems are, to how Curnow felt about topical and political issues at the time they arose.
Some other major matters in Curnow’s biography were news to me. 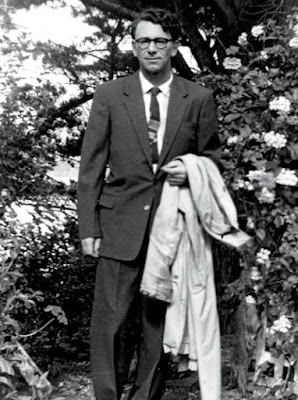 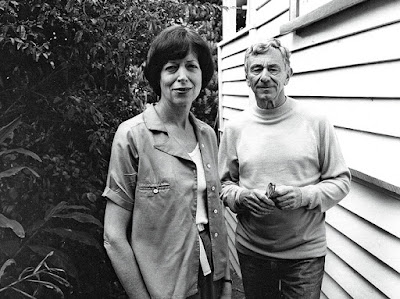 So much for Sturm’s partisanship and diplomacy. I am bound to add that in one matter, his tact is fully justified. This is the matter of the disintegration of Curnow’s first marriage. Curnow married Betty Le Cren (with his vicar father officiating) in 1936. By the mid-1940s, it was clear that the marriage was already in trouble. In 1944 “Despite the pleasure he took in his children, his anxieties about his capacity to support his enlarged family, and about his imagined inadequacies as a father, clearly emerge in Curnow’s correspondence during the course of the year.” (p.197) Sturm tactfully suggests (without spelling it out) that Curnow might have had an affair with another woman (Vie Lee) when he was visiting Britain in 1949-50. In 1955, Curnow left his wife of 19 years, the mother of his three children, for the much younger Jenifer Tole (he was 43, she was 23), but he was still officially married to Betty until they were divorced in the early 1960s. Curnow’s uncharacteristically heavy drinking at this time is noted. (p.365)  He did not marry Jenifer Tole until 1965. Sturm shows awareness of the strains placed on the three (teenage) children at the time the divorce was pending, when Curnow chose not to contact any of them until a legal settlement had been made (p.390); but he does note that all Curnow’s offspring (perhaps especially his academic son Wystan) got on well with their father in later life. Sturm is usually diligent in connecting the events of Curnow’s life to his works, but in this matter his tact spreads to his textual analysis. Nowhere does he mention how Curnow’s play The Duke’s Miracle (analysed at pp.413-415) could legitimately be related to Curnow’s marital issues at the time. 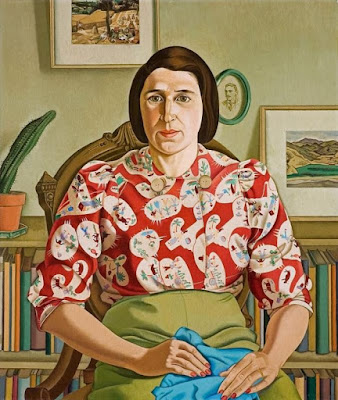 Email ThisBlogThis!Share to TwitterShare to FacebookShare to Pinterest
Labels: Allen Curnow Simply By Sailing in a New Direction A Biography, Something New, Terry Sturm