THE CULT OF COOKERY 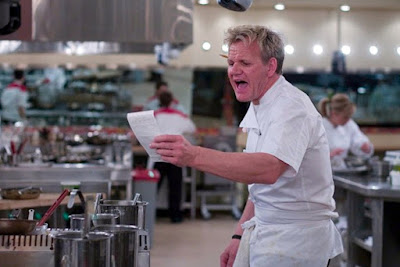 It is curious how you can misremember things that you read with pleasure years ago. I must have been a teenager when I read an essay which impressed me and which stayed with me. It concerned food and how it is appreciated. As I remembered it, the essay was an argument against the over-elaboration of food and in favour of a healthy plainness in eating. I tracked the essay down recently and re-read it; and – oh! – it was not as I remembered it.


Called simply “Food”, the essay was written by the cultured, but also extremely snobbish and class-conscious, fringe member of the Bloomsbury group, the English diplomat, biographer and belle-lettrist Harold Nicolson (1886-1968). Apparently it first appeared in his book Small Talk in 1937. Far from calling for plainness in food, most of it was calling upon English people to give up their insular prejudices when it came to experiencing foreign (meaning Continental European) food. It was written with many of those sly references that members of Nicolson’s set often used to show that they were a cut above other mortals – things designed to signal how well-travelled and how widely-experienced in haute cuisine the author was.


But my memory had not completely deceived me, for an argument against the over-elaboration of food could be inferred from the essay’s opening pages. Here Nicolson tells the story of an over-indulgent millionaire whom he claims to have known. Apparently the fellow employed a very expensive chef from Dijon, and made a precious ceremony out of the food he served in his mansion. His piece de resistance was a soup he shared with his more privileged guests in the middle of the day. It contained the choicest and rarest ingredients from across Europe but, says Nicolson, when consumed it tasted “like some very hot cough-mixture drunk with shrimp paste.” In effect, the anecdote illustrated the pointless pretentiousness of some haute cuisine, and how unappetising (not to mention unhealthy) much of it can be.


It was from this anecdote that I carried away my impression of what the essay was arguing, and it still strikes me as a good lesson. Food should be nutritious. It is good for food to be appetising and tasty and varied; and it is interesting to experience food that takes you away from your usual diet. But turning food into a cult is pretentious, pointless and generally the sign of somebody with nothing better to do.


I’ve been thinking along these lines a lot recently because I am reacting to the whole television-driven trend towards food snobbery.


It has taken my patient wife (who is a much better cook than I am) many years to train me to produce even a moderately palatable evening meal, a feat which I undertake more regularly as it is now she who is away working until the early evening. When I was new to the game, a decade or so ago, there was a modest British show called Master Chef which, as it then appeared, had two English chaps devising and preparing relatively simple meals and getting other people to compete in producing them too. At that time, the show was run just before the evening news, which was fine because that was when I was preparing the evening meal and I could move easily between kitchen and television screen to keep up with what was going on as I worked. As a very amateur cook, I often explained to my wife that I found the programme encouraging, because it showed me that good meals could be made out of simple ingredients. It also reinforced my long-held idea that, in the end, an expensive restaurant meal is rarely more palatable and nutritious that what can be devised at home even by such as I. In going to a restaurant, one is really paying for the occasion and the service, which experience is indeed often delightful.


Now flash forward a decade and Master Chef (as seen by us in Master Chef Australia) has mutated into something quite different. Instead of appearing on simple studio sets, its participants are on display in an elaborate auditorium-sized hall. Instead of polite, modest competiton, there is now frantic, aggressive, hyped-up competiton, with the camera swooping overhead to create an atmosphere of tension. The show is now geared not to good simple meals that you can make in your kitchen at home, but to cordon bleu meals that might be served with all the trimming in an expensive resturant. This, indeed, is very much the trend on current cookery shows. Time was, the tele-chef would be somebody in a television studio instructing viewers on how to prepare meals for home consumption. Now cookery shows are often set or staged in the hot-house atmosphere of a restaurant kitchen, where participants are working against the clock and orders are being barked aggressively by the likes of Gordon Ramsay – or said a bit more politely by Jamie Oliver, who at least has championed the cause of simple meals for the masses. (If your thing is chocolate-filled, sugar-filled indulgence, then you might be watching Nigella Lawson flashing her big dark eyes at you.)


It isn’t only the changed nature of cookery shows that concerns me here. It is the fact that they are now so ubiquitous, and fill up so much of broadcast schedules, that they signal a major shift in culture. Cooking has become a cult – something to give prestige rather than something to enjoy. Something to compete in rather than something to share. Boasting about the unique meals one has experienced (“divine filet mignon”, “superb Barbaresco”, “best Shieldzini ever” etc.) is the same sort of currency as boasting about the exotic and out-of-the-way places one has been able to visit. It is an easy way of appearing “cultured” without having to do much brainwork.


I’m not writing this to denigrate people who enjoy being well-informed about food, have shelves of the best recipe books to guide them, and like to experiment with exotic flavours. (I would be lynched if I did denigrate such people, as I have two close in-laws who fall into this category.) If your hobby is creating great meals at home, good for you.


But I am running against the notion, which chef shows now encourage, that somewhere out there, there is the perfect meal, the imagined best dish of all time which would satisfy all our culinary desires if only these frantically competing contestants could devise it. There is no such thing, any more than there is the ultimate and perfect orgasm that the sex addict craves. Self-indulgence is never satisfied, and leads only to further cravings. Shows that incite culinary indulgence ultimately lead back to the truism that food is, after all, only food.

Email ThisBlogThis!Share to TwitterShare to FacebookShare to Pinterest
Labels: Something Thoughtful, The Cult of Cookery