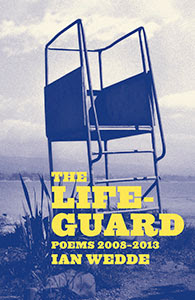 
Yoking two quite different poets together in one review is a very artificial thing to do. What do Ian Wedde and Elizabeth Smither have in common, apart from being well-established New Zealand poets both, this time, published by the same publisher?

The answer is – not a great deal. Wedde (current NZ Poet Laureate) prefers to work in longer, reflective forms. Smither is more the miniaturist. Wedde is philosophical, and when his humour comes, it tends to be dark irony. Smither bubbles and stabs with sharp observation and playful wit. 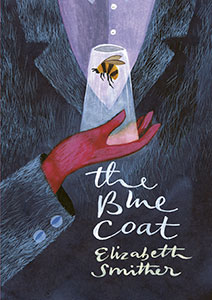 They sit together here only by the accident of my choosing so to situate them.

It would be a complete misrepresentation to call Ian Wedde’s latest collection of poetry The Lifeguard a death-haunted book. Its concerns are too broad for that. But there is a distinct concern with mortality, an awareness of time’s winged chariot and an attempt to reckon up what this life amounts to in the end. Plus some wistful recalls to a past that is definitely gone.

Wedde works here in long sequences – the volume is really made up of five of them – in which he turns over his themes, looks at them from different angles, and is able to link the most varied images.

The nine-part title sequence “The Lifeguard” is sustained by the simplest of conceits. The beaches of the east are calm and superficial. There people sport and play. The beaches of the west are wild and tragic. There people drown in the surf. There is a lifeguard on each beach – he on the east is often forgotten by pleasure-seekers. He on the west is necessary and stern. But the rising sun of the east is an age-old symbol of life beginning; and the sun “going west” is an age-old symbol of death.

It is impossible for an Aucklander to read this sequence without at once contrasting benign, calm Milford, or Takapuna or Eastern Beaches, or the inner Waitemata harbour in the east; with wild black-sanded Piha and Whatipu and Bethell’s and Karekare in the west (although there is a section of the sequence with clear references to urban Wellington). But in fact Ian Wedde names no specific names. The sequence is not primarily geographical description. It is a meditation on life and death and how they are balanced and how they are approached and the fearful possibility that there might be nothing beyond them.

Contrasting potentialities of life are expressed in;

“…days
that smash themselves against

and
“the dawns that gild the shoulders
of giggling vacationers

up all night celebrating their windfall lives
on the eastern beaches.”

In this contrast, the word “lifeguard” itself takes on a new meaning. The lifeguard is a life guide, saving us from succumbing to comforting illusions about what life is, even as we plod to our inevitable end:

“He’s idling at the tide-mark, the lifeguard,
where early-morning bathers

every time they beach themselves anew,
streaming warm brine

from bodies that feel their mortal weight
press footprints in the sand.

Bewildered by my own dismay,
I join them as we plod

The imagery may be of New Zealand (or the Galapagos), but the grasp of the sequence is universal. Classical poets peep in. In a homage to Theocritus, Cyclops becomes a one-eyed lifeguard lamenting. Ovid’s Narcissus and Echo are reworked as modern partygoers waking up to one more hung-over, self-regarding dawn. In a later section Polyphemus watches the tragic west and Narcissus the trivial east. Fears of mortality lead to a wish for oblivion and

“…the never-too-late serenades
of cicadas at summer’s end

or the suave silence of eastern lagoons
through which pouting fish

This in turn leads to reflections on the impossibility of imagining a nullity, a void after death. Yet there is hope in the final section of the sequence, in memory of a sailor great-grandfather, with the suggestion that somehow his hopes (for a new land) might be renewed, even in the way tides wash in and out and cleanse.

My account of this title sequence is far too schematic as, regrettably, reviews and summaries tend to be. Throughout these pages of loose couplets, Ian Wedde is in control of something far more varied, allusive and rich in imagery than I have been able to suggest here. And repeated references to a clearing in a forest do suggests that there might be an alternative attitude to life and death than a hard contrast of warm beginnings and tragic endings.

I have deliberately dwelt on this title sequence because it is the most impressive thing in The Lifeguard. The four sequences that follow it do, however, express similar concerns, as when the sequence “Help!” asks:

“What do you want me to say? That even the albatross,
whose wingspan measures dawn and dusk,
turns, sooner or later, and heads for home?”

“Help!” also has a healthy strain of self-mocking irony with its reference to

“The draughty whine of my own voice
imploring fate to back off.”

The sequence “The Look” is a reworking of the sequence “The Sheen” from Wedde’s 2009 collection Good Business. Again, the dichotomy of east and west is alluded to, but here there is the theme of whether there is anything at all behind appearances – as seen by different referenced eyes. In both “Help!” and “The Look” the lines are longer and more languid than the couplets of “The Lifeguard”. After “Three Elegies” comes “Shadow Stands Up” a sequence of twenty poems with terser, shorter lines, with a strong autobiographical undercurrent and with specifically Auckland references (Victoria Park, Ponsonby, Albert Park etc). There are recurring images of a Link bus circling the inner city, as if life is a circle or a return to the beginning time; and there is something like nostalgia for the poet’s former self as he was in 1969. The shadow that stands up is the shadow of our former selves.

Fittingly for this whole collection, the last words of this final sequence are “traffic going west”.

Likewise a poem about the old-fashioned way in which library books were once issued (with date-stamps) is followed by a poem ticking off a reader for marking a copy of The Great Gatsby with inane comments. And side-by-side are poems about the poet’s father’s love of Dickens and her mother clipping her fingernails.

You see, then, that while each poem is an individual work, the sensibility of the poet brings her back to the same topics, to similar perceptions, to an insistence on the small and the local and nature as experienced in a backyard. I do not believe these poems were written in the order in which they are presented to us; but that the author has chosen to so arrange them while compiling this collection is overt acknowledgement of her interests.

There is that matter of domesticity – the small things of home life and experience which become heroic, as in the poem “Fountain”, where clipping a tall hedge is “a labour / like painting the tall sides of a green ship.” There is also the sense that life is often blessed exactly by those things that are not readily perceived or rationalised. In the poem “Leaf Flurry Tram”, there is physical and mobile beauty in the leaves kicked up in the tram’s passing, but

to the passing current of air
and staying suspended
until the eddy moves on.”

Indeed there is an insistence that the small and closely-observed is the most engrossing, as when the poem “The Underside of the Miniature Plane Tree” tells us that

for rudimentary learning for a
mathematical amateur.”

A bumblebee trapped in a jar is in the same key.

Smither is interested in high art and music (poems about piano practice; a clarinet in an orchestra; Mozart; listening to music while gardening). She finds incongruities and ironies in little things - a chipped plate from a junk-shop is made beautiful by its use; nurses in a hospital pass by patents’ grief with calm efficiency; young women tearfully say farewell on a railway platform; babies are introduced to high art by being trundled through an art gallery. Inevitably there are poems about the death of friends.

Changed mores are noted. In  “The Wedding Lawn”, bride and groom have already long cohabited and the wedding ceremony is “an old and true passion revived for a day”. But there is a providential undertone to much of this volume. Far from each other in The Blue Coat are poems about stained glass and gargoyles, religious imagery by association. The final poem is a prayer before departing from a house.
Posted by Nicholas Reid at 9:02 AM

Email ThisBlogThis!Share to TwitterShare to FacebookShare to Pinterest
Labels: Ian Wedde, Something New, THE LIFEGUARD - Poems 2008-2013