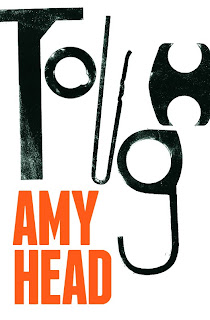 Was the West Coast of the South Island, in the nineteenth century, New Zealand’s Wild West? Does it have the right credentials to become a site of Pakeha mythology? It would seem that some of our historians and writers of fiction think so. At least, that is the impression I get from books that I was glad to have sent to me for review over the last few years. There was Stevan Eldred-Grigg’s loose but comprehensive history of the New Zealand gold rushes, with ample chapters on the West Coast, Diggers, Hatters and Whores, in 2008. There was Charlotte Randall’s courageous, and badly under-rated, Hokitika Town in 2011. And at the moment I am diligently reading an advance copy of Eleanor Catton’s capacious forthcoming novel The Luminaries. The 19th century South Island West Coast setting of each introduces us to shady criminals, fortune-hunters, whores, dodgy financiers and charlatans, Pakeha, Maori and Chinese characters, a certain lawlessness and the rawness of a frontier society. No, there are no gunfights in the streets, but there is the capacity for violence and at least the possibility of the mythologization of adventurers.

A modest but welcome addition to this theme is Amy Head’s Tough. This collection of twelve short-stories is Head’s first publication, but she approaches her West Coast theme in a satisfyingly novel way.

Her opening story “West Coast Road” has a very strange structure. It begins as a conversation, in the 1860s, between Julius von Haast, Canterbury’s Provincial Engineer, and the family of one of his subordinates, as they discuss plans for a road through from the plains to the West Coast. But after presenting the domestic scene convincingly, it turns into a series of documentary statements about how road and rail were eventually pushed west and through the alps. The point of the brief (8 pages) story seems to be to contrast idealistic dream with structured historical reality – and perhaps to warn us how much we take for granted the things that people once laboured hard to achieve.

“The Adman” presents a sexually-frustrated modern young man. The nineteenth century story which follows it, “Flood”, is the stolid tale of a respectably married policeman escorting a young actress back from a camp to a township, with expressions of his feelings implied only.

“The Kitchen Pig Smokes the Mouseketeers” illustrates a disjunction in perception. It is the monologue of an addle-headed waitress, with all manner of made-up slang, who is jocular to the point of silliness about everything – but underlying her chatter we perceive a genuinely sad tale going on as one of her colleagues goes through a break-up. “Tough”, the nineteenth century tale that follows, is also about a disjunction of perception. Without inserting “spoilers” into my review, I can say it is about the difference between admiring hardy adventurous criminals from a distance, and actually having to suffer their actions – fiction hitting the rock face of reality. It is interesting that it has been chosen as the eponymous piece.

It is possible that I am over-emphasizing these thematic pairings. It is possible that the author did not intend such neat comparisons as I am making – but the alternating arrangement does constantly force us to compare past and present. First person account of present-day woman on West Coast camping holiday (“Camping”) followed by first-person nineteenth century woman’s account of her travails in the West Coast land she has just reached (“A Strange Tale”). Pot-smoking modern-day outsider (“Home Grown”) followed by nineteenth-century Irish woman outsider (“Maggie Quinn”). And to bring the collection full-circle, the final story “Visitors” has an injured man whisked from the West Coast to a Christchurch hospital by helicopter, a far cry from the dreams of building a road west in the opening story.

As a general judgement, I found the stories with present-day settings more allusive, more likely to take their social setting for granted, more prone to inconclusive endings that allow readers to join the dots – in a word, more postmodern. Certainly their emphasis is on presentation of character rather than on neat conclusions. Things are left hanging in the air, so that one goes checking back through the text to ensure that one hasn’t missed something, not quite sure that the moments narrated amount to an epiphany.

It is often considered bad form to pick out favourites when reviewing collections of short stories, but there are two stories here that really stand out for me, and they are both nineteenth century ones. The first is “A Strange Story”, which has not one, but two first-person narrators, and which does convey the strangeness of the West Coast to a newly-arrived immigrant. Her observations on the new country include this viewing of early Pakeha pretensions:

“From Westport we kept on north to the new diggings, where I first encountered stands selling spirits or spades or Hunter’s Tonic while floorboards were being nailed down behind them. This combination of otherworldly scenery and a kind of stage-prop architecture was especially disorientating. We stopped outside a makeshift inn on one such stretch where travelling diggers were spread out, resting, some of them in their cups. Foam flew up from the beach. Drunkenness was a good sign, Reuben told me – good for business….” (“A Strange Story” p.99)

“Stage-prop architecture” really does conjure up the right mental image of all those wooden store-fronts we see in decaying black-and-white photographs, with their impressive facades masking disappointing back-quarters. Drunkenness is a reality inseparable from the old coast. “A Strange Story” works the woman’s disorientation into her account of sinking into trouble, will-less-ly. If it isn’t quite on a par with the volume’s best story, it is simply because the ending seems bitten off too hastily.

For me, the very best story in this collection is “The Sinner”. It is a very careful and precise reconstruction of how a boy, at the time of the West Coast gold-rushes, runs away in the hope of making himself a frontier legend – and the rather dispiriting reality of the diggers’ life that he encounters. The quality of the story is in the detail – the elusiveness of the much-sought gold; the boy’s naivete and initiation into manly ways that quite clearly have a sexual undercurrent; the sense of loss. The incidents of “The Sinner” suggest a story that could have been reworked as a novel. But in this case the abrupt ending is part of its meaning. That we don’t know what became of the boy makes him a more universal and representative figure. It is like the wail of a sad old folk-song.
The sinner has the framing device of a slightly crazy street orator, who observes the boy’s town-life and later notes his disappearance. In presenting him, Amy Head gives us a good historical social panorama of the place:

“Diggers threw him coins out of superstition, to ward off his soothsaying. He sat in a funk of bad air and bad humour, amid rumours of crime, desertion and love. Badly healed blisters mottled the skin across the ridge of his cheeks. Past him, back and forth, speculators would walk and talk mining stock. They disappeared into the Empire Hotel to seal their sales with whisky. They passed in and out of the broker’s office and the warden’s court. Before they had the machinery to crush the gold from quartz, before a church had been built of even a bank, they were trading.” (“The Sinner” p.35)

The solid representation of place is one of the best things about the collection. And of course there are many references to rain, to dripping bush and to flooding. It wouldn’t really be a book about the West Coast if this were not the case.
Posted by Nicholas Reid at 9:02 AM