I have before me two new New Zealand books, both of which concern animals, or at least non-human life in this country, but each of which is quite different in tone and intent from the other. Nancy Swarbrick’s Creature Comforts will probably have the effect of making you purr contentedly and come over all cuddly and protective. Diane and Colin Campbell-Hunt’s Ecosanctuaries will probably make you think long and hard, in a practical way, about the protection of indigenous species. The authors of both books love animals but the books are different as chalk and cheese. Contrast the amiable popular history with the rigorous thesis (or textbook).  In their own very different ways, they are both very revealing. 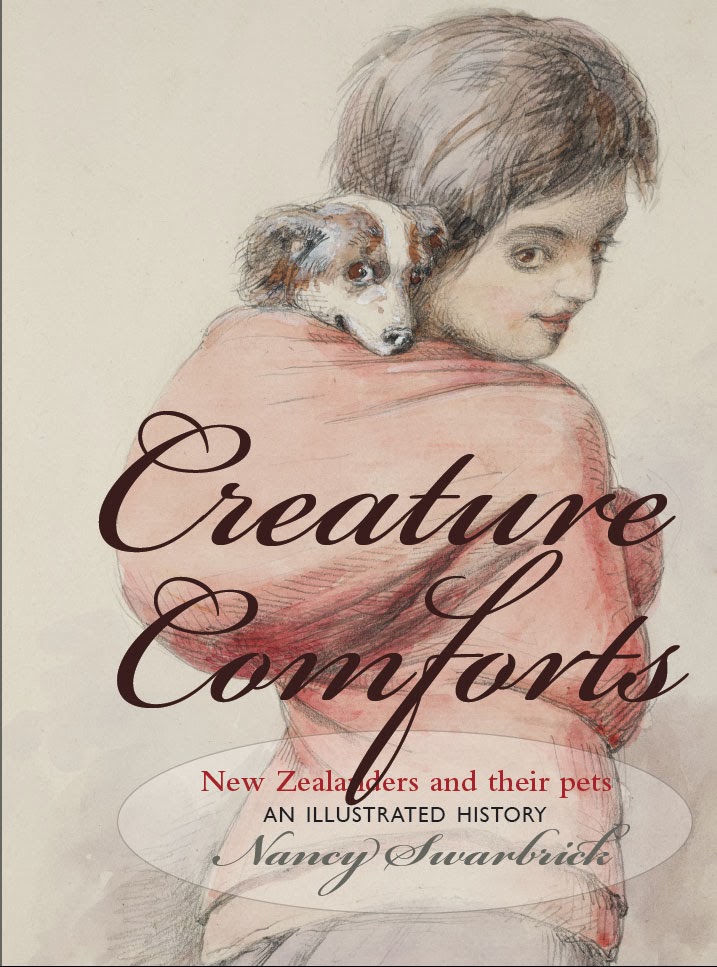 Diane Campbell-Hunt and Colin Campbell-Hunt’s Ecosanctuaries has a sad and very touching backstory. In Wellington, the Karori Wildlife Sanctuary, which was opened in 1999 (and later renamed “Zealandia”), was the first attempt to create an absolutely pest-free sanctuary for indigenous species on the New Zealand mainlands. It has a sturdy pest-exclusion fence.
By 2005, there were 18 such fenced sanctuaries on the New Zealand mainlands.
In that year the botanist Diane Campbell-Hunt began work on a thesis consisting of case studies of six such sanctuaries. The six were Karori (Wellington), Maungatautari (near Hamilton), Tawharanui (north of Auckland), Rotokare (near New Plymouth), Bushy Park (near Wanganui) and Orokunui (near Dunedin and the only one in the study on the South Island). By close observation and extensive interviews with those who undertook to set up and maintain such ecosanctuaries, Diane Campbell-Hunt wanted to examine the different governance models and how effective they were. How much were the ecosancturies run by government grants or dependent on a landowner’s initiative or maintained by voluntary community effort? Which model appeared to be the most effective? Interestingly, five of the six ecosanctuaries studied were citizen-led projects. (p.55)
Tragically, Diane died in a tramping accident in 2008 before her thesis was completed.
Some years later her husband Colin Campbell-Hunt, a business studies academic, decided to take up and complete his late wife’s work, both as a tribute to Diane and as work worth doing in its own right. Ecosanctuaries incorporates Diane’s original material and the original interview data she undertook before 2008, but with updating of information, organization and supplementary material provided by her husband’s additional research.
Especially in its opening three chapters (collectively called the book’s “prologue”) this can be quite a technical book, complete with graphs and diagrams comparing funding models and reminding us what a very formidable and expensive task it is to set up exclusive sanctuaries, as in the statement that:
“Exclusion fencing is an ambitious approach to ecosystem protection and restoration because of the high establishment costs and the need for long term commitment to fence maintenance, repair and eventual replacement. Fenced sanctuaries also require vigilant monitoring to detect pest reinvasions, and the capacity to respond rapidly and effectively when they occur”. (p.51)
After the book’s methodology is established, however, Ecosanctuaries divides into three parts, each of which considers how sustainable some aspect of the ecosanctuary enterprise is. Is the ecology that is being protected capable of being sustained? Is community support sustainable? Are ecosanctuaries sustainable as economic enterprises? (How important are tourists’ and visitors’ contributions?) And how sustainable is the relationship with DOC and government?
I admit that I found much of this dry reading, but not impenetrable. Though the language is formal and thesis-like, it is jargon-free. It is also enlivened by the forthright comments of Diane’s (and Colin’s) interview subjects, especially in the sections that follow the “prologue”.
It is a good and conscientious book most likely to be used as a “handbook” for those interested in flora and fauna conservation.
Posted by Unknown at 9:02 AM