About twenty years ago I was an infrequent attender of “Slightly Foxed”, a pseudo-literary-cum-antiquarian club in Auckland, composed mainly of bibliophiles who wanted to talk about old books. Prior to one of our club meetings a topic was set – name your ten favourite books and explain why you like each. I sat down over a week and diligently produced a list of ten books, with a long explanatory note on each. I won’t annoy you by naming all the books I chose, for the simple reason that I no longer agree with all the choices I made, so much are one’s tastes modified by the years. Some that I chose (such as Don Quixote) I would still include if I were asked to make a similar list now. Others I regard almost with embarrassment. I am not embarrassed by having included Thomas Carlyle’s The French Revolution on my 20-year-old list, but it would no longer figure among my ten favourites. Re-reading passages from it before writing this article, I find Carlyle’s present-tense narration vigorous and dramatic up to a point, but quickly tiring, as if the man were incapable of writing in a more reflective, analytical, style. And while I could once have forgiven his views on the revolution as the product of Romanticism, I now find many of them unsympathetic, not to say sinister.
I can claim the feeblest and most notional of family connections with Thomas Carlyle (1795-1881). As it happens, he was born in Ecclefechan, the same Scots Lowland town from which my mother’s family the Burnets had come to New Zealand in the late nineteenth century. As a child, I visited this unco dour Presbyterian town when my mother was in search of her ancestral connections, and saw the statue of Carlyle in the main street. Obviously that was the first I’d ever heard of the man. As an adult, I read The French Revolution in the old illustrated two-volume Collins Clear Type edition, running to a bit over 1,000 pages, which still sits on my shelf.
The story of the gestation of this book is well known. John Stuart Mill was commissioned to write a history of the French Revolution. He didn’t have time, so he passed the project on to Thomas Carlyle, who was then about forty. Carlyle worked away at it for about four years, eventually producing a three-volume work. But when he sent the only copy of the manuscript of the first volume to Mill for Mill’s comment, one of Mill’s servants accidentally burnt it. Carlyle re-wrote the volume from memory. This is one of the heroic stories of Eng Lit. Equally egregious, however, is that the type of “grand narrative” Carlyle produced is exactly the sort of thing that is now regarded with suspicion by academic historians. While teaching a paper on historiography five years back, I quickly found that Carlyle’s work, and his contemporary the American William Prescott’s History of the Conquest of Mexico and Peru, are now seen almost with contempt as Victorian bestsellers which tell vigorous stories but which are not to be trusted as history. And certainly The French Revolution has none of the scholarly apparatus that would now be essential in an academic work of history – no footnotes, endnotes, bibliography, naming and evaluation of sources etc. Just the sweeping narrative, where we have to trust that the author is not making it up.
Though first published in 1837, two years before Queen Victoria’s reign began, The French Revolution was indeed a Victorian bestseller and made Carlyle’s name with the public. Carlyle revised it in 1857 and it had a big impact on imaginative writers, most notably Charles Dickens, whose slant on the French Revolution in A Tale of Two Cities is very much indebted to Carlyle (as Dickens acknowledged). Also worth bearing in mind is how recent the French revolution was when Carlyle was writing. 1837 was a mere 42 years after the date (1795) where Carlyle chooses to end his history. It is as if we were to write about the 1970s.
As I now clearly see it, Carlyle was writing to a thesis. He was a big one for Capitalising Abstract Concepts, so his thesis about the French Revolution, as I understand it, goes like this: 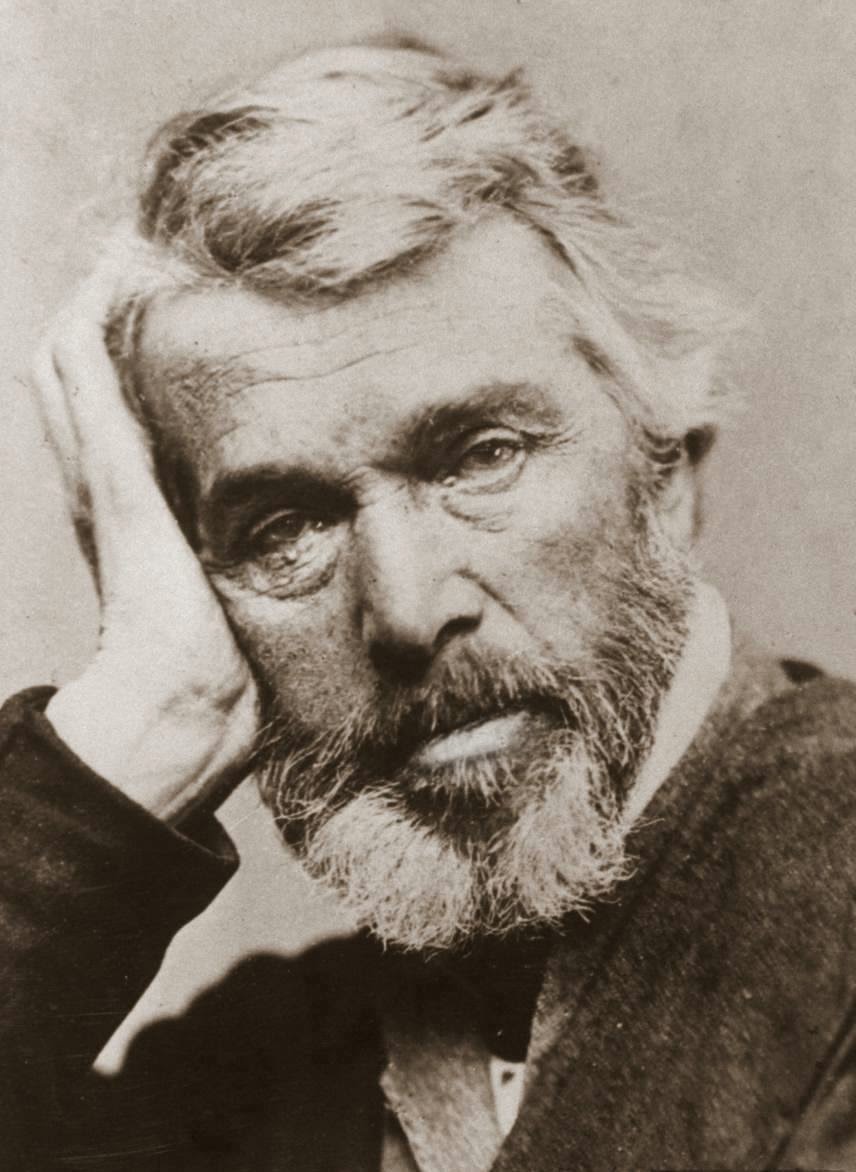 Email ThisBlogThis!Share to TwitterShare to FacebookShare to Pinterest
Labels: Something Old, The French Revolution, Thomas Carlyle