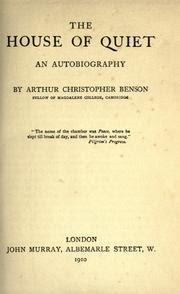 Once upon a time there was an Anglican Archbishop of Canterbury, Edward White Benson, who had six children. None of his children ever married or had children of their own, which may have been just as well. A strain of melancholy-madness, or what might now be called severe bipolar disorder, ran through the family.
On the other hand, as Kay Redfield Jamison has argued in Touched With Fire, manic-depression is often related to enhanced creativity, and four of the archbishop’s children were very creative.
Two of the children died young. A daughter, Margaret Benson, became an Egyptologist. The fifth child was E.F. (Edward Frederic) Benson, best known now for his farcical Mapp and Lucia novels, written in the 1920s and 1930s and inhabiting the cheerful territory somewhere between P.G. Wodehouse and high camp. The sixth child, widely regarded as the most brilliant of the bunch, was Robert Hugh Benson, who converted to Catholicism, became a priest and wrote a series of historical novels, as well as the admired dystopian novel Lord of the World. 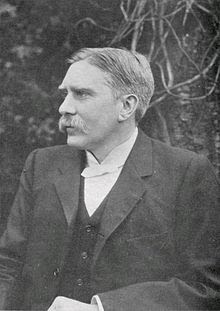 Email ThisBlogThis!Share to TwitterShare to FacebookShare to Pinterest
Labels: A C Benson, Something Old, The House of quiet