“OUTCASTS OF THE GODS? – The Struggle Over Slavery in Maori New Zealand” by Hazel Petrie (Auckland University Press, $NZ45) 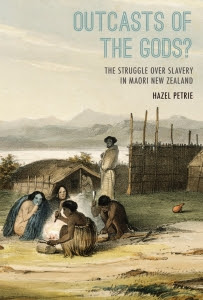 When we rise above the popularisations, and get into real intellectual activity, there are certain recognisable categories of New Zealand history book. There are the sociological histories dependent on statistical surveys (see, for example, the review of An Accidental Utopia? on this blog); there are the stately and informative political biographies (see Tom Brooking’s Richard Seddon, King ofGod’s Own); there are lively polemics, anathema to real academics, that use history very selectively to preach a social message (see Chris Trotter’s No Left Turn); there are postmodernist reconstructions of historical events, into which the author thrusts himself as a main character (see Peter Wells’ Journeyto a Hanging); and there are history books with such a skewed and wrong-headed interpretation of events that they call for a major corrective (see Stevan Eldred-Grigg’s The GreatWrong War and compare it with its corrective, Steven Loveridge’s better-informed Calls to Arms).
I could continue my categorisation. But when I got to the end of Hazel Petrie’s Outcasts of the Gods?, I felt I had discovered a new category of New Zealand history book. The very defensive history book.
Let me make it very clear from the start that this is a work of real scholarship. Its 340 large pages of text are followed by 66 pages of endnotes, bibliography and index. It is a work of wide research, frequently enlightening in what it has to say, illuminating things from our history that are rarely discussed, and making some shrewd judgments. The five sections of illustrations are well chosen and relevant to the text. And yet it is still a very defensive work. 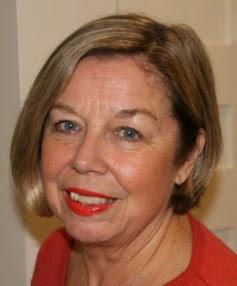 Email ThisBlogThis!Share to TwitterShare to FacebookShare to Pinterest
Labels: Hazel Petrie, Outcasts of the Gods?, Something New