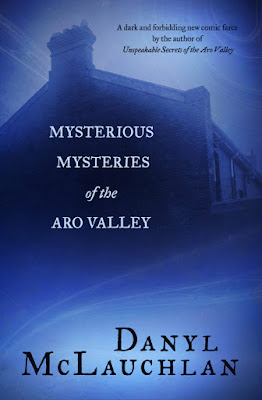 Reviewing Danyl McLauchlin’s Unspeakable Secrets of theAro Valley nearly three years ago, I did note its witty and playful tampering with the Gothic horror genre, and its sharp evocation of a dusty and fusty corner of Wellington; but I also registered my view that its pratfall-laden fun-and-games did go on a bit. For all my misgivings, I was chuffed to receive a nice note from the author saying that he enjoyed the review and thought I’d picked up on points of the novel other reviewers had missed.
Now with the sequel, Mysterious Mysteries of the Aro Valley to review, I almost feel that I’m going to repeat the same praise and the same misgivings. From the deliberately inept title onwards, you know that this one is as much founded on gigantic leg-pull as the first novel was. It’s great fun; it shows great skill in the telling; when it wants to do moments of Gothic fantasy “seriously” it does them as capably as the experts do…. and at 370 pages it does go on a bit. One more chase through a threatening tunnel, one more dorkish mishap, and my patience would have snapped. 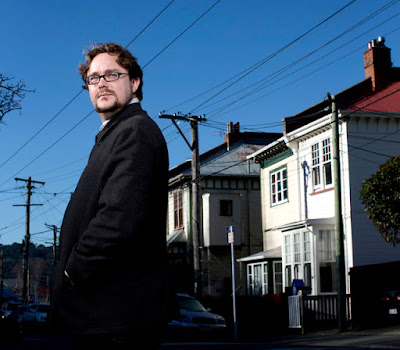 Email ThisBlogThis!Share to TwitterShare to FacebookShare to Pinterest
Labels: Danyl McLauchlan, Mysterious Mysteries of the Aro Valley, Something New