Like random lines of pop songs, there are certain individual lines of poetry that establish themselves in the public consciousness, even when the whole poem has been forgotten.
I do not mean “famous quotations” from well-known works (“thou still unravished bride of quietness”, “…falls the shadow”,  “Let not Time deceive you / you cannot conquer Time” etc. etc.)
I mean obscure poems by obscure writers, and lines which are the only thing that people remember about either the writer or the poem.
The most notorious example in the English language must be “A rose-red city half as old as time”. Personally, I’ve never understood why this single line has been remembered so well, as it does not seem particularly resonant to me and sounds like part of the blurb for a tourist brochure (in which capacity it has indeed been used).
It comes from the 370-line long descriptive poem Petra, by John Burgon, winner of the Newdigate Prize in 1845. The Newdigate Prize is a prize given to the best descriptive poem written by a University of Oxford student. Most often the prize has been awarded to something long, flowery and quickly forgotten. Indeed, the very name “Newdigate Prize” often raises a smirk on the lips of litterateurs. In the nearly 200 years it has existed, the prize has very occasionally been won by people who later became esteemed literary figures. John Burgon (1813-1888) was not one of them. He was an extremely conservative Anglican cleric fighting a rearguard action against the new Biblical criticism by insisting on a literal reading of the Bible. He clung to the notion that the Earth was only a few thousand years old, as worked out through the genealogies of the Old Testament. So when he described the ancient city of Petra as “half as old as time” (a phrase which he lifted from an earlier poet, by the way) he meant it literally, believing that Petra was built halfway between the time of Adam and us.
There you have the context of the line – a line plucked from a poem, which nobody now reads and which is remembered only because of the much-quoted line. A maddening example of a memorable single line.
Here’s another memorable single line – though it’s one of my own favourites rather than one that has caught on generally. It is the description of poetry as “the hard master-material of selected sound.” A pretty good line – with its two alliterations – describing accurately the basic building blocks of poetry. But please do not go looking for it in some masterwork. It comes from Part XXIV of Percy Wyndham Lewis’s overlong and fairly ranty literary-political sequence One-Way Song, published in 1933 and very dated in many of its references, even if it is one of those things that complete-ist students of Modernism still have to read. Not a great work of literature but at least yielding one good line.
And so to the climax of my disquisition on memorable single lines in forgotten poems.
As a teenager I discovered on the bookshelves at home a copy of the old anthology Poems of Our Time 1900-1942, edited Richard Church and M.M.Bozman and published by Dent in 1945. I was already a confirmed ailurophile, so I was delighted to discover in this volume a poem with two lines that have stuck in my memory ever since, as a perfect description of the physical being of a cat. The lines are: “Cats no less liquid than their shadows / Offer no angles to the wind”.
Brilliant. Caught in 13 words, the stateliness and lawlessness and slinkiness of cats, especially cats in a night-time scene.
Thinking that these lines were a unique discovery of mine, I was delighted years later when one of my elder brothers (Piers Martin Reid) once quoted them, out of the blue, as being among his favourite lines of poetry. It turns out that he’d been hunting along the same bookshelves as me when he was a kid, and he had found the lines in the same anthology. 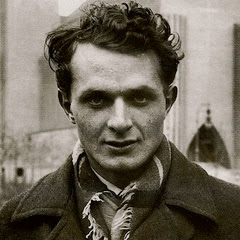 They come from the poem “Cats” by A.S.J.Tessimond. I do not know why (I shall now probably be rapped over the knuckles, as a sexist, for saying so), but knowing nothing of  A.S.J.Tessimond, I thought the sensibility of the poem was feminine, and I imagined the obscure poet to be a woman – perhaps a widow or an elderly single woman who lived with her cat. I was wrong as a little (Wikipedia) research informed me. Arthur Seymour John Tessimond (1902-62) was definitely male, was apparently “bipolar” (i.e. manic depressive, as we speakers of real English say) and was definitely a minor poet, publishing three slim volumes over nearly 40 years. Apparently he’s received a little attention recently, and there was a BBC radio documentary about him a few years back. But he’s still essentially as forgotten as his work.
As a whole, I do not think “Cats” sustains the beauty of its two opening lines; and though Tessimond was writing in a deliberately traditional structure, I do not think the poem ends well in simply repeating those lines. That said, the poem as a whole offers a very good anatomy of cat, even if it misses the scratchy-fighty-aggressive side of cat that James K. Baxter caught in his “Tomcat”.
Anyway, here is Tessimond’s poem “Cats” in full and you can judge for yourself

Cats no less liquid than their shadows
Offer no angles to the wind.
They slip, diminished, neat through loopholes
Less than themselves; will not be pinned

To rules or routes for journeys; counter
Attack with non-resistance; twist
Enticing through the curving fingers
And leave an angered empty fist.

They wait obsequious as darkness
Quick to retire, quick to return;
Admit no aim or ethics; flatter
With reservations; will not learn

To answer to their names; are seldom
Truly owned till shot or skinned.
Cats no less liquid than their shadows
Offer no angles to the wind. 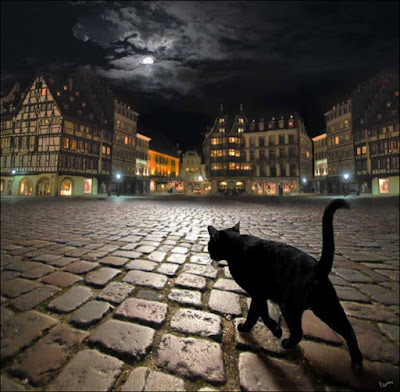