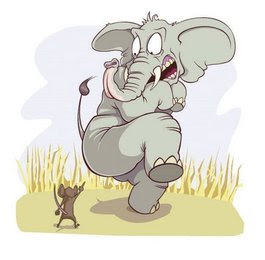 There is a tendency in much unbuttoned debate for people to misuse words that have real and precise meanings. I am thinking here of words that are proper to the study of psychology and feature in genuine clinical studies. How often one hears such words reduced to serving as mere insults.
Let’s give an obvious example.
I’m aware that the term phobia comes from the general Greek word for fear, but it is now used in the sense of an irrational, an unreasonable, fear. There are, of course, such things as perfectly rational fears. If I were seated with my bare bum hanging over over a long-drop in the Aussie outback, it would be perfectly reasonable to experience fear of being bitten by a redback spider. Such a bite would cause extreme pain and discomfort to say the least. If I were in the rainforest and a tarantula dropped from the foliage onto my shoulder, it would be perfectly reasonable to fear its bite. It could be lethal. Only if I were quaking in fear at the sight of a harmless house-spider, spinning webs to catch flies, could you say legitimately that I was suffering from arachnophobia, for such a fear would be quite irrational. Yet how often this term phobia is now used to stigmatise anyone who raises legitimate concerns on various topics.
I do not suffer from homophobia. I do not quake in fear at the thought of gays and lesbians and I do not imagine that they pose any threat to me. Without wishing to sound corny, I know and get along well with a number of gays and lesbians. But then I do have misgivings about the tendency and direction of some current legislation concerning homosexuals. For example, will the legalisation of gay marriage mean that, in future legislation, churches will be compelled to perform gay weddings on pain of prosecution? And will church-run adoption agencies be similarly forced to adopt children out to homosexual couples, on pain of closure if they do not comply? (This has already happened in England.) Is it irrational or phobic to have such misgivings?
Similarly, I do not quake in irrational fear at the existence of the Muslim religion and (as every current apologist is now ultra-ready to tell us) I am fully aware that the great majority of the world’s millions of Muslims are peaceable people. But I do have perfectly reasonable concerns about the agenda-setting of radical Muslims, their tendency to violence, and the difficulty (or reluctance) many Muslims have in adjusting to, and assimilating to, secular pluralistic society in Western countries. So do these legitimate and rational concerns amount to a phobia – because so often, expression of such concerns is labelled Islamophobia by apologists, who will follow it up with the taunt “racist”, apparently unaware that Islam is not a race.
Phobia is the prime term currently misused and abused in debate, but other psychological terms are also used as terms of general abuse. Do you have a legitimate and reasonable worry about something important? Well obviously you are paranoid. Are you capable of entertaining more than one line of thought? Do you have mixed feelings about some things? Then clearly you are schizophrenic. Are you a clean and tidy person who likes to keep things orderly and in place? You must be anal retentive. And of course if your behaviour is sometimes a little inconsistent, if – in small things - you like to behave in a particular way different from some of your friends, if you are concerned about things that don’t concern everybody, then you can be labelled with the catch-all term neurotic. (When somebody loosely tells me that a third person is “neurotic”, my standard response now is to ask “Who isn’t?”).
Quite apart from their inappropriateness outside a genuinely clinical context, these words, when used loosely, are the equivalent of small children saying nyah-na-nyah-na-nyah-nyah when they have no rational answer to something they do not like. They also create diminishing returns. If you use “neurotic”, “phobic” or “schizophrenic” for people who do not clinically suffer from these ailments, then what terms do you have left when you encounter real neurotics, phobics and schizophrenes? The currency of language itself is debased.
Posted by Nicholas Reid at 9:00 AM