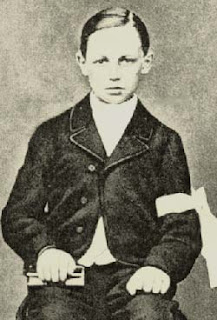 I am setting myself up to be a complete pompous prat this week. So what’s new?

I have just been commenting on Charles Nicholls’ Somebody Else – Arthur Rimbaud in Africa 1880-1891. This is an account of how Rimbaud lived in the years after he had given up poetry altogether.

Before I read my way through Rimbaud’s poetry, I was already aware of W.H.Auden’s sonnet about Rimbaud.

After reading Rimbaud’s oeuvre, and after becoming more aware of the legend that attaches itself to the man, Auden’s sonnet troubled me, especially its last line which seemed too neat and glib (“His truth acceptable to lying men”? Which truth? Which men? What lies?). Indeed, I thought Auden was succumbing to the romanticised version of the young poet’s life and experience. So I wrote my own poem, “Harar” (the name of the place where Rimbaud lived in Ethiopia). I adopted the harsher view that, in abandoning poetry, Rimbaud was growing up.

Re-reading Auden’s sonnet now, I appreciate that it is far more ambiguous than I first judged it. Maybe the homosexual Auden had feelings about Rimbaud’s life that I don’t have but (rational man that he was) he does hint at poetry as a destructive force, and does see value in Rimbaud’s escape. My own piece basically stamps its angry foot.

Anyway, here I reproduce the two poems side by side for your comparison, which is why you can now condemn me as a prat if you will. How dare I juxtapose my effort with the work of one of the 20th century’s finest? (Auden is readable, companionable and a poet I still return to often). Okay, so sue me. But here the two poems are anyway.

The nights, the railway-arches, the bad sky,
His horrible companions did not know it;
But in that child the rhetorician’s lie
Burst like a pipe: the cold had made a poet.
Drinks bought him by his weak and lyric friend
His senses systematically deranged,
To all accustomed nonsense put an end;
Till he from the lyre and weakness was estranged.
Verse was a special illness of the ear;
Integrity was not enough; that seemed
The hell of childhood: he must try again.
Now, galloping through Africa, he dreamed
Of a new self, the son, the engineer,
His truth acceptable to lying men.

Why should we ever think fog and drink
are truer than rocks, sunlight
and hard blue distances?
There is more truth in a ledger
than in the greasy scraps I wrote
in shit-house and café.
My angry words a temper tantrum,
I could stamp my foot and mock
bourgeoisie, “la Mother”,
and go unwashed for weeks on end.
But soldiers who made me take it
up the arse taught truly
- there was no growth in a leap
from childhood to a pederast’s
pawing.

The desert and the distance – they are true.
And black coffee. And sunburn.
And slavers in markets.
And shipments. And the march of profit
and loss in their rival columns.
Like ants we work the world
over. I’ve left the nest, but do its business.
This is honest – names and facts.
To tell their own soft lies
leave the images and feelings.
All poets lie. My poetry is
in what I do not write.
Age filters out the lies –
fog, drink and shit-house glamour.
Kidstuff.
Posted by Nicholas Reid at 9:00 AM

Email ThisBlogThis!Share to TwitterShare to FacebookShare to Pinterest
Labels: ARTHUR RIMBAUD TWICE OVER, Something Thoughtful