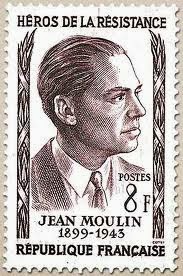 I was reading recently a very good book (Stuart Lange’s A Rising Tide – reviewed on this blog last week), which, simply as a matter of historical record, quoted words uttered by a conservative and zealous Presbyterian pastor many decades ago. He was complaining about the fact that some Protestants were turning towards ecumenism and the idea of church union, and seeking to celebrate what they had in common with other Protestant denominations – and even what they had in common with Catholics. Angrily the pastor wrote, as his ultimate emotional argument, that  “our forefathers dyed the Scottish heather red with their blood in defence of Presbyterianism”. In such statements, the fact that people have died for something is a seal of its righteousness.

The immediate problem is that, in any historical, ideological or religious conflict, it’s easy to find people who have died bravely for opposite things and on opposite sides of the conflict. With equal truth, the pastor could have said “our forefathers dyed the Irish country red with the blood of Catholics they were putting down”. Foxe’s Book of Martyrs (a work of propaganda celebrating hundreds of Protestants who were killed in the short reign of Queen Mary) is answered by the Catholic Calendar of the Martyrs of England, Scotland and Wales (a work of propaganda celebrating the hundreds of Catholics who were killed in the longer reign of Queen Elizabeth). Those who die willingly for opposing causes – this is one obvious historical fact about martyrdom.

But there are more fundamental issues.

Instinctively we honour people who are prepared to die for something. At the very least it shows the strength of their convictions and shames us for the feebleness of our own. Every time I have been in a learned discussion on the issue, it has been pointed out to me that the Greek word “martys” (whence “martyr”) originally meant “witness”, and that early “witnesses” (“martyrs”) of the Christian faith were not necessarily people who were persecuted and died. They could just as well “witness” by preaching, evangelising and otherwise giving strong public support to the young religion. But, etymologically correct or not, the term “martyr” has now universally come to mean somebody who suffers death in the name of a cause. Of course this is the ultimate form of “witnessing”, but it would be foolish to pretend that “witness” is the main connotation of the word “martyr” now.

All major religions honour such people, and so do most secular causes.

There are martyrs for nationalism (iconised freedom fighters from colonial rule etc.), martyrs for socialism (“The people’s flag is deepest red,/ Red with the blood of martyrs shed”), martyrs for feminism, liberalism, democracy etc.

The existence of martyrs is always a rebuke to more faint-hearted members of any given cause, and always a model for other members of the cause to emulate.

The problem is, being prepared to die for a cause is not the measure of how worthwhile that cause is in itself. If we hear of people who were tortured and killed rather than giving away the whereabouts of persecuted refugees – or rather than revealing details of some wartime Resistance movement - we think of them as heroes and martyrs on the Jean Moulin model. But we use different terms altogether when we hear of kamikaze pilots, or suicide bombers who are prepared to blow themselves up or fly passenger planes into buildings – even though these undertakings require considerable reserves of physical courage. We are more likely to call them fanatics rather than heroes. There have also been people who have suffered torture and death for the most vile causes. Our response is to ignore them.

Back in 2004, I was rather shaken to see the German film Downfall (Der Untergang) – the dramatization of Hitler’s last days in the bunker. (One sequence of Hitler’s ravings has been endlessly parodied on the internet). Of course the film showed a tawdry and pathetic man at the end of his tether. What shook me was its incidental account of what some Nazi underlings were doing in Berlin as they prepared for their “last stand” against the Red Army. Some of them were incredibly brave – including the SS doctor who ran hundreds of yards through enemy gunfire to get some medicine for the Fuhrer’s inner circle. If he had been serving a good cause, we would regard him as a hero. If he had died in a good cause we might even call him a martyr. But an SS doctor? It is hard to think of a more despicable creature, so we call him neither hero nor martyr.

Naturally, we would all like to believe the Hollywood model of what heroism is. “Our” people are courageous, and played by photogenic actors. “Their” people are devious and cowardly, and played by character actors. Unfortunately, it’s not like this in real life. The Hollywood model really encourages us to confuse physical courage with admirable moral qualities, and the two things do not necessarily inhabit the same people. The appeal to martyrs in past ages can also induce such confusion.

Not that any of this makes me admire any the less the Jean Moulins, Maximilien Kolbes, Gandhis and Martin Luther Kings who really did die for good causes.

Email ThisBlogThis!Share to TwitterShare to FacebookShare to Pinterest
Labels: Martyrdom, Something Thoughtful