“GIVE US THIS DAY – A Memoir of Family and Exile” by Helena Wisniewska Brow (Victoria University Press, $40) Sometimes great events in history are seen more clearly by us in the form of the individual memoir.
I am sorry that I did not get to review Helena Wisniewska Brow’s excellent family memoir and personal history Give Us This Day when it first came out in 2014. But I am delighted to do so now that Victoria University Press has produced a paperback edition.
Middle-aged and married with a family of her own, Helena Wisniewska Brow is the New Zealand-born daughter of a New Zealand-born Jewish mother, and a Polish father who was one of the 732 Polish children refugees welcomed to New Zealand by Peter Fraser’s government in 1944. Inevitably this memoir focuses on Stefan Wisniewski, 14 years old when he landed in Wellington and now an old man in his eighties. The trials and hardships of young Stefan and his family in wartime provide the book’s most dramatic moments. But Give Us This Day is also a book about an adult daughter coming to understand more fully who both her parents are; and it is a book about the condition of being an exile and the extreme difficulty of connecting with a new society – even one that is largely welcoming and friendly.
The author writes throughout in the first person and records events in both her parents’ lives, not in chronological order, but in the order in which they were revealed to her. Twice she and her father (and sometimes her younger sister Zofia) travelled to modern, post-communist Poland and sought out the places her father would have known when he was a boy. Once she and her father travelled to modern Iran, where wartime Polish refugees were based before being dispersed to various countries. Of course she also researched in archives, looked at other books written about the Polish children refugees, and interviewed a number of people. But the main interaction was with her father, so that it is Stefan Wisniewski’s voice which plays second only to the author’s. 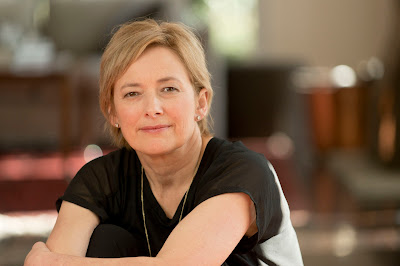 Email ThisBlogThis!Share to TwitterShare to FacebookShare to Pinterest
Labels: Give Us This Day, Helena Wisniewska Brow, Something New