[NOTICE TO READERS: For over four years, Reid's Reader has been presenting an entirely free service to readers with commentary on books new and old. Reid's Reader receives no grants or subsidies and is produced each week in many hours of unpaid work. If you wish to contribute, on an entirely voluntary basis, to the upkeep of this blog, we would be very grateful if you made a donation via the PayPal "DONATE" button that now appears at the top of the index at right. Thank you.]


This week, why do I yoke together in one column comments on two books of completely different genres and intent? Pure serendipity, I’m afraid, the excuse I have used before on this blog. So, for better or worse, here, together, are comments on a volume of verse and a book of illustrated interviews. 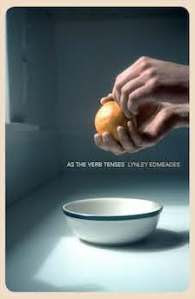 
Sometimes, when reviewing a volume of poetry, it is hard to distinguish what the main or dominant ideas of the poet are. Therefore the review becomes a frantic name-checking of as many poems as possible, in an attempt to account for the wide variety of themes that are raised. There is no such problem with Lynley Edmeades’ debut volume As the Verb Tenses. The poet references in her imagery the New Zealand scene, with some glances at her time in Northern Ireland and elsewhere. But the thematic interests are close and few. Time, memory and language. Time, memory and language. They are impressed on this volume as clearly as the personality of the poet is.


There are poems about childhood, as there must naturally be in any work that reflects on memory. “Whites Road” is about an ordinary domestic incident from the poet’s childhood. “Twins” is about childhood photographs. But childhood memories mesh with the learning of language to frame experience, as in the poem “Away”, concerning the time when the concepts of “here” and “there” were first being learnt. And memories persist even if they are of something apparently trivial, as in “Second Hand”. Indeed, says “Whereabouts”, memory can be triggered by what seems irrelevant to current life.


Language corrals memories and memories are reshuffled in “The Order of Things”.  Adult experience is recast in terms of childhood memories, when (in the poem “Imperial”) the sight of London from the air leads the poet to say “[I] feel the way a child might, / when her marbles have been counted, put away.” But then being in Britain can make many New Zealanders feel like children. As Edmeades remarks in “East Belfast”: “There’s a church older than my country.”


Children’s perception of time is different from adults’ perception of time, says the poem “Contained”: “the years felt so long as a child. / But back then, a year was a quarter / of your entire life. Now it’s a mere tilt / of the head.” And time, memory and language coalesce in “During”, where the sight of very young Wellington schoolchildren provokes not only memories of the poet’s own childhood, but reflections on how children do (or do not) understand language. 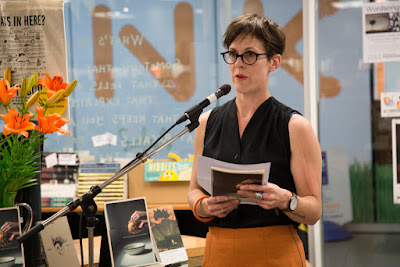 Memory’s twin is anticipation. We human beings live mainly in the past and future tenses – memory or anticipation – and often let the present moment get stifled. The prose-poem “Optimism” has the narrative voice always waiting for something, but never living the passing moment. “In It” expresses an awareness that the present moment will soon be memory, and this very awareness hinders it from being the lived present. Time presses. Time erodes. In “Wake” it comes to the sadness of  “I can feel time making small dents / in my hope, eroding possibility / like saltwater takes to the dunes.” And yet time is of the essence of music and hence of joy – so we get the nine-part poem “Instruments”, onomatopoeically mimicking the passing, time-driven sounds of the orchestra.


Occasionally, we seem to be presented with what is purely visual description, in poems like “As If” and the evocations of Belfast “Crogagh Road” and “Orange Order”. But to see any poem in this book as mere sensual description is misleading. The longish “Faute de Mieux” reads at first as simple laid-back first-person reminiscence, with a very New Zealand setting. The poet is being visited by an old mate, while holidaying at a seaside bach. But even this turns into a discourse on the inadequacy of language.


Language raises fruitful ambiguities. “Deipnosophy” takes to analysing the nuances of dinner-party chitter-chatter. How one interprets “By the Book” and “Carry On” depends on how one interprets their titles. The problem of how one approaches foreign languages is raised in “Inis Mor” and “Parlez-vous”.


So, at least to my own satisfaction, I’ve said that As the Verb Tenses is built on the intermeshed themes of Time, Memory and Language. And in doing so, I have probably suggested, misleadingly, that this is a volume so focused on these serious matters that it has no room for a lighter touch.


The fact is that Lynley Edmeades often displays a cool wit. Even if it is far from typical of the collection, I took particular pleasure in her nearest approach to satire, “By the Book”, which I quote in full:


“After reading a long biography


of Simone de Beauvoir, I proposed to Adam


that we practise an open relationship.


After some resistance, he took a plane


across the ditch, with a pair of board shorts


and a bongo drum, moved in


phoning her house. I flew to Mumbai


without a bra, got harangued by beggars,


and was moved to a state of silence.


We met up in London, later that same year.


That was the year of the tight black jeans.


We took turns blaming them


for our increased lack of intimacy.”


On top of its other merits, As the Verb Tenses has a major asset in Edmeades’ sheer craftswomanship. She has a strong sense of stanzaic form. The most dispirited poem in the collection, “Northern Lights”, is a perfect sonnet. “The Order of Things” is perfectly-crafted rhyming triplets. There is skill in what appear to be easy colloquialism. This is a stimulating collection. 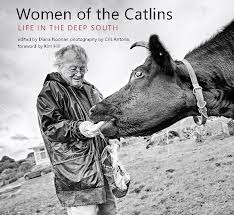 I admit I am an Aucklander and my acquaintance with the Catlins range, that huddle of hills and high hills at the very south-east of the South Island, is very slight. I toured through the Catlins once and once only when I was sojourning in Dunedin and sometimes visiting friends in Invercargill. So I am pleased to review a book that gives me the opportunity to become more enlightened about the area.


Women of the Catlins consists of edited interviews with 26 women who live in the Catlins. The authors’ introduction says the women are “part of a tiny population spread over a vast area, separated by long stretches of potholed gravel roads, and passes blocked in winter by snow and flood, the women of the Catlins maintain a strong sense of community. They also endure periods of isolation that many women elsewhere would not tolerate.” (p.11) Kim Hill’s foreword suggests these women live the way most rural New Zealanders once lived, but that their way of life is passing.


The interviews were conducted by Diana Noonan and then edited into self-contained monologues in which each woman talks about her life. The women are a variety of ages, the eldest being Ethel Ross, the tough old bird shown on the cover feeding a cow. She died at the age of 85 before the book was completed. The youngest interviewee is a teenager who likes boogie-boarding. In between there are a couple of university students, although most of the women are middle-aged or elderly and settled into the Catlins life. Perhaps wistfully, the last woman in the book says she moved to the Catlins from the city for a less complicated life, and she is depicted chopping wood and managing an ancient wood-fired range.


The women are Pakeha and Maori (with one Filipina and one Norwegian). The women are engaged in a variety of occupations and pastimes – sheep-farming, dairy-farming, physiotherapy and child-rearing, working with textiles, whitebaiting, floundering, teaching, working in a pharmacy and a packing factory, managing a library, being a GP, selling fast food, designing and making clothes, teaching music, building, amateur theatricals, running, netball. The emphasis is on these women at work and leisure and in this particular geographical environment. However, in most cases there is a husband (or deceased husband) mentioned by each woman, and most interviewees speak of “we” as farming and settling in the area, with a strong sense of family implied.


This is what the words tell us, but this large-format, horizontally-oriented book is made as much by Cris Antona’s large black-and-white photos as by the text. I would not want to demean it by calling if a “coffee-table book” as neither text nor photos has the type of prettification that that term often implies. Antona’s images are mainly sharply-focused records of action – this woman herding sheep, that woman bagging a flounder, another tending flowers and another designing a building. The sharp focus gives great immediacy to the action, in the tradition of the best photo-journalism. But even the images of repose suggest action. The woman relaxing with a mug of coffee sits in front of a picture window facing a river mouth and has binoculars near at hand. You know from the look on her face that she is going to pick up the binoculars and resume studying nature as soon as the shot is taken.


Because so many opinions are expressed and experiences are recorded in this book, I cheated a little when I had read it. I passed it on to my wife and asked her what comments she, as a woman, found most affecting.


She said she was most affected by Wendy Dewe’s hints that a remote rural area can represent a hardscrabble life: “Tahakopa was like the end of the Earth. It represented going backwards and having no money. I’m not saying money is the be-all and end-all of everything but I wanted to be able to provide my kids with more than I’d had.” (p.66) Experience made her identify with the same woman when she said she had to transport her children all over the place to play sport. She was touched when the book’s Filipina, Cicell Jenks, lamented that she could not practise as an accountant in New Zealand as her qualifications were not recognised here. (p.75). We know of this same dilemma with immigrants to Auckland. She admired Gina Gardner’s waste-not want-not commitment to using old blankets and other cast-offs in her textile designs. She understood old Ethel Ross’s laments for the death of local communities as people headed off to the cities, but then she also sympathised with Liz Cairns when she spoke of the huge petrol bills they rack up when they have to drive anywhere. As a music teacher, she understood the angst of the piano teacher Alison Paterson in having to leave the Catlins because the shrinking communities meant she no longer had pupils. And she also found interesting the paradoxical observation of the doctor Alison Cook that with more women working outside the home, there were now fewer women to run the volunteer services that once kept small Catlins communities going.


In short, she picked up on a number of comments that I might not have highlighted.


Women of the Catlins is that sort of book. You will identify with the women who speak according to your life experience. From all of them, you will get a sense of both the pleasures and the pains of remote country life.
Posted by Nicholas Reid at 9:02 AM

Email ThisBlogThis!Share to TwitterShare to FacebookShare to Pinterest
Labels: As the Verb Tenses, Cris Antona, Diana Noonan, Lynley Edmeades, Something New, Women of the Catlins