WHEN DO I GET MY BADGE?

Last week I had the great pleasure of reading and reviewing the stimulating collection of essays by Roger Horrocks, Re-Inventing New Zealand. In it, Horrocks discusses (among many other things) the status of intellectuals in New Zealand and the strong kiwi strain of anti-intellectualism. I think his arguments are piquant and well worth reading, but there is something that troubles me.
What do we mean by an“intellectual”?
I am playing a little dumb here, because I have a general apprehension of what is meant by the word, but let me consider it for a moment.            Strictly speaking, any human being who uses his or her intellect is an intellectual, But even if we limit the word to people who are involved in specialised studies or the professions or who have an advanced education, there is confusion. Doctors, scientists, engineers and lawyers are all specialists who have an advanced education, but even though they all use their intellects, would they all qualify for the term “intellectual” as it is currently used?
Somehow, I think not, if only because doctors, scientists, lawyers and engineers perform practical functions of which even utilitarian non-intellectuals approve.
Okay, then, let us say an intellectual is somebody of some intellectual eminence who is involved publicly in abstract ideas or the higher reaches of thought or matters of moment. Would all such be called “intellectuals”?
Again, somehow, I think not.
My problem is that when people refer to “intellectuals” they are in fact referring to a small sub-set of those who live the life of the mind. They are referring to intellectuals engaged in the arts or social sciences or (perhaps) philosophy. This is very much the connotation of the word as used by Horrocks when he speaks of “anti-intellectualism”. He does not mean people who hate scientists, doctors, lawyers or engineers. He means people who hate challenging ideas in the arts and social sciences.
But this is a very limiting concept. What of those people who, intellectually and armed with a great deal of learning, more or less approve of things the way they are? I mean conservative intellectuals. Yes, there are such people.  And at what point does one qualify as a bona fide intellectual? Would a theologian who had spent years translating obscure texts from the Aramaic, and who publicly lectured on them, be considered an intellectual? Or would she be excluded from the magic circle for not espousing challenging ideas?
I do not think I am a philistine or an anti-intellectual. I can wave around a number of university degrees. I have written a number of books. I think I am reasonably well read and I do engage in public debate (okay, take a little saunter through the index of this blog). Furthermore, I am on the arts / humanities side of things. And yet I am still waiting for my official badge as a recognised intellectual. Perhaps my ideas are not avant-garde enough. Perhaps I am too middle-of-the-road. Perhaps my religion excludes me and proves me to be a dunce and a blockhead. But I do not think that any time soon anyone is going to call me an intellectual.
In the end, the concept of “anti-intellectualism”means “anti a certain sort of intellectualism”(or in a debased form “anti the ideas of which I approve”). 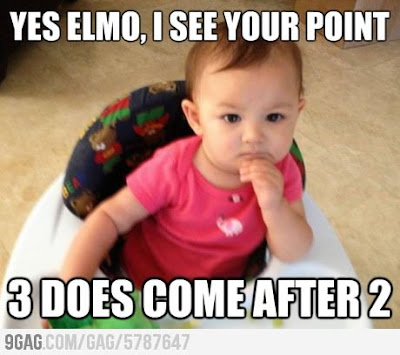 Email ThisBlogThis!Share to TwitterShare to FacebookShare to Pinterest
Labels: Something Thoughtful, When Do I Get My Badge?