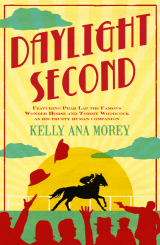 Not too long ago, we had one of those pseudo-controversies about why New Zealand readers seem to shun New Zealand fiction, even though more New Zealand fiction is being published now than ever before. At least some people weighed in with the thought that too often inaccessibly highbrow novels are the ones that get critical praise, while more accessible novels are passed over and don’t get the publicity they deserve.


I could easily shoot holes in this argument. But perhaps it does point to the fact that well-written, popular, non-“literary” New Zealand novels are thinner on the ground than they should be.


This is one of the many reasons why I praise Kelly Ana Morey’s Daylight Second. It’s the sort of well-written popular novel that should win a very large readership. To judge by Morey’s own comment in her Acknowledgements (on the last page of the book), she is a recovering postmodernist who has rediscovered the virtues of more traditional and straightforward narrative. At any rate, she says the first draft of this novel was a “rambling post-modern version” which was then, over four years, beaten into the accessibly readable shape it now has.


Long story short – “daylight second” is apparently a racing term applied when there is at least a whole horse’s length between the winning horse and the next horse past the post. Appropriately, Daylight Second is a novel about a horse that often won races in these terms - the big New Zealand-bred chestnut gelding Phar Lap, which won the Melbourne Cup in 1930, became an Australian legend, died in mysterious circumstances in America, and has been much mythologised ever since. 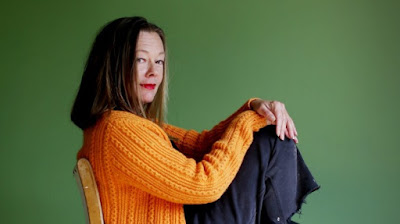 The novel is fiction, of course, with the private lives of the human characters as much the product of the author’s speculation as of verifiable fact. But the main details of the horse’s career are according to history. Here’s this very large horse, born in Timaru in 1925, taken to Oz by his New Zealand trainer Harry Telford, but not much favoured by his American owner David Davis, who considers him an awkward, over-large beast and at first wants to sell him. Only when Phar Lap starts winning big time, and outpacing all other horses in the field, does Davis revise his opinion. In the meantime Harry Telford has carefully nurtured and paced and trained the horse, with the young stable boy or “strapper” Tommy Woodcock grooming and feeding and looking after Phar Lap and becoming the horse’s closest companion. Tommy Woodcock gives the name Bobbie to each successive horse he grooms, so Phar Lap is often called Bobbie throughout the novel.


There is a context of the courtships and marriages of both Harry and Tommy. Harry marries Vi, who is half his age, and domestic scenes show her scraping to feed them when her husband hasn’t yet begun to make money out of the horse. Young Tommy courts young Emma – very chastely, of course: this is the early 1930s. This courtship allows for some boarding-house humour and side-drama (would you believe a Russian musician bilked by a shady actress?) and a little incidental romance. But the bigger context is the Depression – which strikes about a third of the way through the novel. Wins are not always a sure thing for Phar Lap (on a couple of occasions he’s pipped at the post). But as he wins again and again, this big and apparently graceless horse becomes the public’s favourite – the outsider upon which Depression-hit people can pin their dreams as a consolation for their own economic hardships.


Sometimes Phar Lap is out of sorts, sometimes the track is too heavy, but the victories pile up, climaxing in the Melbourne Cup win (“the Holy Grail of Australasian racing” p.126) despite the odds. While Phar Lap is primarily an Australian story, Kelly Ana Morey makes sure she emphasises the New Zealand connection. The horse and his trainer were both from New Zealand. Phar Lap visited New Zealand en route to America. Nightmarch, the horse that won the Melbourne Cup the year before Phar Lap, was also a New Zealand-bred horse sired by the same stallion as Phar Lap etc.


There are many major pitfalls that Kelly Ana Morey skilfully sidesteps in writing this novel. One of them is sentimentality. Of course there is a strong bond between man and horse, and at one point Harry Telford’s brother Hugh notices how well Tommy Woodcock gets on with “Bobbie”:


“He [Hugh] has noticed that Tommy and Bobbie seem to be constantly in a silent conversation that each of them can not only hear but understand completely. Men like Tommy are rare in racing, and in the wider world of horses. Hugh can tell that Tommy genuinely likes horses and is utterly aware of what a horse is thinking and how they will respond.” (p.115)


Out of context, this could create the impression that the novel anthropomorphises the horse in the maudlin fashion of, say, Black Beauty. But Kelly Ana Morey is far too canny for that. While Tommy – and the various jockeys who ride the horse – is very good at gauging Phar Lap’s moods and understanding why the horse behaves as he does on the track, the novel never suggests that the horse is anything other than a horse. He is certainly not capable of thinking like a human being. There’s a little warning of this commonsensical approach early in the novel where Morey is describing two other horses on a training canter:


“Treacle [is] matching Missy stride for stride when the fiery little mare missteps, shattering her front off-side cannon bone. Within five minutes she’s been put out of her misery with a single bullet between her eyes. Her carcass is picked up by the local hunt for the hounds. The following day Treacle will gallop with another fast chestnut mare and barely notice the difference in his running mate, proving that there is nothing, except maybe a cat, that is less sentimental than a horse.” (p.15)


In addition to this, Morey does not paper over the nastier things that go on in stables. In Chapter 4, there is a graphic and blood-soaked account of the yearling colt Phar Lap being gelded (i.e. castrated). In Chapter 6 there is an equally detailed scene of Tommy Woodcock scraping away the scabs and pus when the young horse is infected with “mud fever”. Nope. This isn’t a sanitised horsie book like the kiddie’s classic National Velvet. This is a grown-up’s book about a real horse.


As a reader who knows virtually nothing about horses, and who has never attended a race meeting in my life, I encountered many unfamiliar equestrian terms and traditions in Daylight Second, but they never bothered me because Morey always put them in a context that makes them understandable. Typical is the diet Tommy feeds “Bobbie” before a major race meet:


“At St Alban’s Tommy is pouring small feed of crushed oats and lucerne chaff with a handful of Epsom salts and a measure of Fowler’s tonic into Bobbie’s feed bin. Even though the hay-net is empty and it’s any hours until Bobbie races, Tommy doesn’t refill it. None of Harry’s horses get hay on race mornings or even much of a feed as he believes it slows a horse down….” (p.211)


Likewise, I was unfamiliar with the whole process of handicapping strong racehorses by adding weights to them, and the particular quirks of bookies. Just as she does not sentimentalise the horse, neither does Morey prettify the fairly sordid manoeuvres of the racing fraternity when they fear their profits are going to be damaged by an outsider:


“The Victoria Racing Club has publicly stated that Phar Lap will be the ruination of Australian racing if he isn’t stopped, even though it is the Depression, not Par Lap, that has shrunk the starting fields and race-day attendance. In truth, slowing Phar Lap down has very little to do with saving Australian racing – it’s pure self-interest by a small group of men who don’t like being beaten by someone like Harry Telford.” (p.259)


There is an episode where Tommy Woodcock protects the horse from a drive-by gunshot attack on Phar Lap, obviously arranged by bookies to change the odds before the big race.


What I find most admirable in Morey’s narrative approach, however, is her refusal to endorse any of the conspiracy legends about how Phar Lap died after winning a big race in Agua Caliente, Tijuana, Mexico. It’s a mystery and appropriately remains a mystery followed by one or two plausible theories.


I hope I have made it clear that Daylight Second is exactly what it sets out to be – not a work of profound literature, but a good, galloping, engaging work of popular fiction, told throughout in the immediate present tense and bound to find a large audience. Mission accomplished.


Redundant footnote: My unforgiving historian’s eye noted two very minor historical inaccuracies in this novel. No – there never were any newsreels of stockbrokers jumping to their death in 1929 when the Depression struck (p.132). This is a popular, but disproven, fiction. No, no movie studio would ever have suggested that Phar Lap could become a movie star “just like Trigger” (p.331) because the cowboy star Roy Roger’s famous horse Trigger wasn’t even born until a couple of years after Phar Lap’s death. But these matters are so trivial that they have no bearing on this novel’s success.
Posted by Nicholas Reid at 9:02 AM