“YOUR CALL WILL BE RECORDED FOR TRAINING PURPOSES” 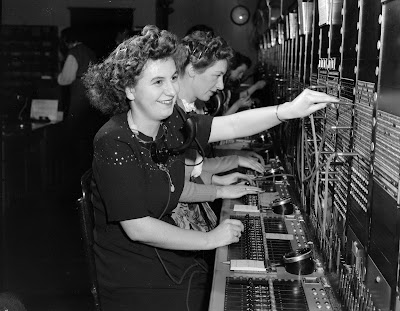 Do you ever feel that the machines and monsters are taking over?
Without being paranoid, I often get this feeling when I have to tussle with recorded messages on Answerphones.
In New Zealand, we have one major difficulty whenever we ring customer services related to telecommunications or the running of computers. Our queries will be re-routed to a Help Desk, which will probably be located somewhere like Manila. We then often have to contend with people who have English as a second language and who sometimes have impenetrable accents. I say “sometimes” advisedly because I have, of course, sometimes spoken to Filipenas in such circumstances, who speak English better than you or I do.
But before we get to speak with a real, live human voice, we have to go through the implicit threat that is embedded in so many recorded messages. It is the one that says “Your call will be recorded for training purposes.”
Now what is this recording really saying?
It is really telling us that if we get annoyed or frustrated at the long wait we are often put through; or if we are given useless advice; or if we are required to explain for a fourth or a fifth time, and in exactly the same words, what the trouble is; then we are not allowed to blow our stacks or the company in question will have something to hold over us.
“Your call will be recorded for training purposes” really means “You are at our mercy and don’t you forget it. Don’t think of shouting ‘Your customer service is ****ing useless’. Don’t think of using forthright or angry language – because we’ve got this little recording of you which we can play back should you choose to challenge our incompetence through the law courts.”
Naturally this sort of blackmail is only one problem with recorded messages. My most recent tussle with a recorded message was when I rang an Auckland picture theatre. I am not so technologically incompetent that I do not know how to book film tickets on line. I had been doing just that when a glitch in the system told me that my payment could not go through and I would have to ring the theatre to confirm my booking. I duly rang the theatre. An answer machine told me that staff were busy and I would have to ring back in a quarter of an hour. I did so. Same message – ring back in quarter of an hour. Again, I did so. And so on through four different calls before I finally got an answer from an unrecorded human voice.
In this case, the problem was that the picture theatre had a standardised message, which did not really tell the truth. And it might have been more useful if it had instructed me to ring back in an hour.
I sometimes long for the days where answerphones did not exist and calls were answered by human beings rather than by robots. Remember those old photos of rows of women plugging pegs into switchboards? How often scenes set in such telephone exchanges used to appear in Hollywood movies. But alas, those days are gone, and we now have to talk to machines and recordings.
And they are threatening us.
Posted by Nicholas Reid at 9:00 AM

Email ThisBlogThis!Share to TwitterShare to FacebookShare to Pinterest
Labels: Something Thoughtful, Your Call Will be Recorded for Training Purposes