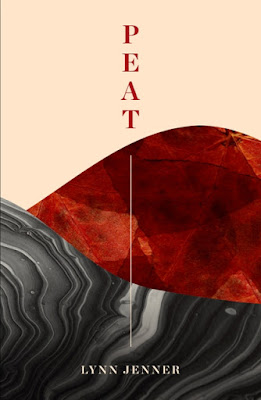 When I say that I have never read a book quite like Lynn Jenner’s Peat, I am neither praising nor denigrating it. I am simply stating an objective fact. Like her earlier book, Lost and Gone Away (2015), Peat is something of a mosaic. But while Lost and Gone Away used different styles to weave together different stories, Peat uses completely different genres. Reportage, memoir, criticism and biography. Is it sui generis? Perhaps somebody better read than I could tell me.
And this strange and compelling book tells what at first glance seem to be two quite separate stories.
One is the author’s reaction to the building of the Kapiti Expressway, the 18 kilometres of roading, constructed between 2013 and 2018, which zips up the Kapiti Coast and was designed to bypass an inadequate and clogged section of State Highway 1. The other is the author’s engagement with the work of Charles Brasch.
Lynn Jenner lives not far from the Kapiti Expressway. She explains in a sort of preface: “As the Expressway showed itself, arriving like an army in each location along the route, I knew I needed the close company of a writer as a bulwark against all the enacted power and concrete. I needed to gather up pages and pages of words and take them inside with me, to a place where machines could not follow. I needed to make a word-nest, to read beauty as a form of psychic acceleration.” (p.9) The “word-nest” was the work of Brasch, which Jenner diligently researched over five years (as she tells us on p.251) in Brasch’s published writings, in visits to what was once his home in Dunedin, and in the holdings of both the Hocken Library and the Otago University Library.
In my fussy, pedantic, bibliographical way, I point out that Peat consists of about 140 pages of text followed by 115 pages of what are called “Glossaries” – long and explanatory paragraphs, all an essential part of reading Peat. 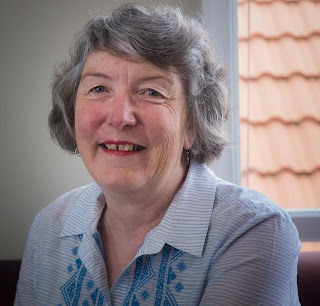 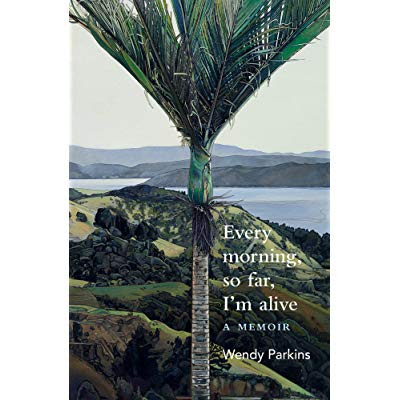 Generous publishers send me many books to review on this blog, and I sometimes have to be apologetic to them. I cannot review everything I am sent and therefore I overlook some books. But in the case of Wendy Parkins’ intelligent and often moving memoir, I have a different apology to make. Given that Every morning, so far, I’m alive was first published four months ago, I am sorry that I am only now getting around to reviewing it.
Australian born-and-raised, New Zealander by choice, sometimes resident in England and formerly Professor of English Literature, Wendy Parkins has written the most perilous form of memoir. Every morning, so far, I’m alive is a memoir of self-analysis and an account of the author’s painful history of phobias, Obsessive Compulsive Disorder and frequent deep depression. Why is such a memoir perilous? Because, as a sort of psychological confession, it could easily become self-indulgent, or degenerate into a cautionary tale and “self-help” book telling us how we should navigate psychological difficulties. A great strength of this book is that it falls into neither of these traps. Parkins is matter-of-fact about her mental difficulties, aware that other people are affected by them (there are, necessarily discreet, references to her husband and two children), lyrical when she describes things that had a positive impact on her, and never self-pitying. 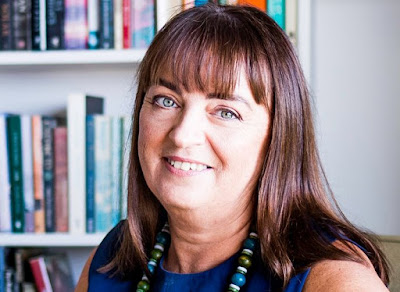 We are early made aware of her family’s history of depression, her childhood phobias and panic attacks, and a fear of the world that made her obsessively clean her hands and clean everything about her, in any new environment, to avoid contagion. She had two episodes of what would once have been called “nervous breakdowns” and as a younger adult she says she “self-medicated” with Chardonnay. The big crack-up or crisis came when, pursuing her academic career, she moved to England, felt a huge homesickness for the New Zealand in which she had comfortably settled, and fell into very deep depression. It was enervating, disabling her, making everyday activities a battle and turning her academic work into a long, lonely struggle.
Charting her life, both in England and in New Zealand, Parkins sometimes cites literature – perhaps inevitably in view of her profession – and gives the example of Virginia Woolf, who believed that writing was living more consciously; or of Mary Ursula Bethell, in her vivid responses to the New Zealand scene. She occasionally makes passing references to canonical works (Middlemarch, Bleak House etc.). But these citations do not overwhelm her personal story.
Parkins also chroncles some of the things that lifted her spirits, or at least drew her back from the deepest of depression and made for a sort of provisional “cure”. A sense of “mindfulness” (though she is hesitant in using a term that has now become hackneyed). Simple physical activities like knitting. Taking delight in New Zealand birds. The therapeutic quality of looking after goats. Things that allow space for self-forgiveness and reflection. Yoga seems to have been of some help, although Parkins gives examples both of healing and of unsatisfactory experiences with yoga. She also gives a detailed account of trying to find her way out of depression at a retreat centre, which proved to be no help at all. And I hope I am not wrong in interpreting her eventual visit to Virgina Woolf’s home as a kind of “exorcism” of that depressive writer’s influence.
As Parkins knows, depression is a complex phenomenon. It cannot be pinned down to one specific cause. It is polymorphous (or polyphonic if you want to get metaphorical). There are, however, strong hints about things that might have, early in her life, exacerbated Parkins’ phobias and depression. She speaks of her parents as being too strictly religious: “To my Evangelical parents the world was full of dangers and temptations” (p.32) “Growing up, everything I read, watched or listened to was closely scrutinised by my fundamentalist parents and my choices often earned their disappoval in ways that confused me.” (p.69) She also suggests that, as a child, she sensed her mother (who had a number of miscarriages) at some stage withdrew her love from her, especially when her younger sister was born. The importance of her mother is clear when she devotes three chapters to the death of her mother. Somehow, she feels, something went wrong early in her life. Not that, as an adult, she denigrates her parents, who may perhaps have been less strict than she recalls their being in her childhood (she mentions in passing her mother’s favourite movies and her liking the Beatles).
At this point I must do the forbidden thing and put in a personal note. Knowing from experience, at various points in my life, what clinical depression is, I found myself nodding with recognition at the way Parkins describes the beast. I recognised the sleeplessness, the inability to concentrate on, or follow, texts; the sense of separation from the “real” world or the physical world that surrounds us. In England, Parkins expresses the true Romantic Agony (as Mario Praz called it),  when she sees beauty in nature, knows it is beautiful, but doesn’t feel it as such: “I didn’t feel it in the same way as I responded to the antipodean bush or the beach” (p.27) She understands that depression is not just intense sadness, but is a disintegration of meaning. “After a year on medication I no longer felt weighed down by a depressive sense of meaninglessness…” (p.102)  She knows that, irrationally or otherwise, depression raises a sense of guilt , and sets the mind turning over and over again the same destructive thoughts: “The guilt associated with depression taints every negative feeling. One is never simply sad or disappointed or hurt or angry; negative feeling amplify in the echo chamber of depression.” (p.103) In the depressive state, one also positions oneself as a sort of zombie, going through the motions of relating to others while being emotionally dead to them. At the time of her mother’s dying, she reflects “All the time I was thinking, What am I feeling? What should I be feeling?” (p.189)
To her accurate descriptions of the depressive experience, she adds one major merit to this memoir. She never reaches an epiphany  - the “Eureka!” or “Aha!” moment (found in many “inspirational" works) where all her problems are solved and where depression is definitively conquered.  The memoir’s very conclusion suggests that she has reached a workable truce with life, a means of functioning in a fairly happy way, but with the awareness that the beast could come back to trouble her. So “Every morning, so far, I’m alive”, as the title says.

Minor criticism: Parkins notes that, when she was in the hospice where she later died, her mother had specifically requested she not be put on a respirator and that she wanted to be sedated. Parkins asks “how a lifelong, devout Evangelical Christian had come to express what sounded to me like her right to die? And why my equally devout father had not challenged this? I knew they both opposed euthanasia on principle but we had apparently all entered a twilight zone where the usual rules no longer applied, where Dad wept freely and Mum asserted herself.” (p.182) To take her mother’s request as an endorsement of euthanasia is misleading. All major church groups agree that to withdraw treatment when it will provide no medical benefit, and when it will simply prolong the process of dying, is quite legitimate. The plug can be pulled. But euthanasia is not pulling the plug. It is the deliberate act of killing by intervening with a lethal injection or some such. Her parents’ attitude would not have in any way contradicted their beliefs.
Posted by Nicholas Reid at 9:02 AM