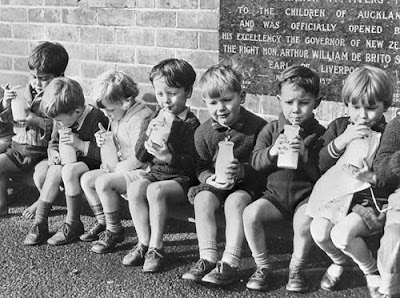 When I was six years old, the adults I knew were all giants and were all immensely wise, having secrets that I could not understand. I went on tremendous journeys of incredible adventurousness, through the neighbours’ properties. There were special places where we could hide and the like of which no children of our age had ever enjoyed. Under the ground-scraping branches of a macrocarpa tree. Under the house. The full moon shone every night. All that I heard my elder siblings say about school was mythology. Their teachers were all either ferocious or extremely stupid. Their jokes were original. Their slang was immensely naughty. Our family was special. Nobody saw the world as we did. Our parents had been married forever and ever. We were the centre of the world. Unique. Unchangeable.
When I was fifty-six years old I understood that none of this was true. The adults of my childhood were neither all-wise nor gigantic. I never went on tremendous journeys on my own at the age of six. Perhaps I went a hundred yards from our front door, and then under the supervision of somebody older. The special places were no more exotic than those found near every house in the street. It was gibbous, crescent, half or dark of the moon as often as it was full moon. There was nothing mythological about the schools my elder siblings attended. Their jokes and slang were the common currency of every classroom in the land. Our family was unique because all families are, with their own codes and in-jokes and traditions. But then this uniqueness was a common uniqueness. We were not special in any exceptional way. Our parents were, when I was six years old, in their forties, and obviously they had not been married for ever and ever. We were not the centre of the world, and of course we were not unchangeable.
This was not a rush of cynicism. Simply a realisation that for all children, the immediate environment they experience is the centre of the world, and beyond its narrow confines, everything else is unfamiliar and other and either fabulous or threatening.
When I was fifty-six, my wife and I already had a much-larger-than-usual family of children. We did usual family things. Played in the back yard. Read. Went on beach holidays. Shopped. Lived together.
Then it hit me that all this mundane life was being baked as mythology in the minds of my younger children. The unexceptional and everyday things were the mythic narratives that would one day be stored as archetypes in the recesses of their adult minds. That dull trip to the supermarket was an expedition, and something trivial that I or my wife said on the way home would become a memorable phrase. That back yard was adventure territory. What the younger ones heard the older ones say about school was mythology. I understood this most acutely when the children would ask “Do you remember when we….?” And they would then mention some little incident from a holiday or an outing which I had completely forgotten because there was nothing special about it.
I do not say all this to preach a big lesson. I do think having your own children can be a great corrective to over-mythologising your own childhood, and I sometimes sense that people without children often cling to the idea that there was something exceptional in the way they were brought up. They have never, as adults, watched children fabulate mundanity.
This is not a lesson. It is simply an observation. I close with a poem that appeared in my collection The Little Enemy (2011). It is not quite on the same topic as my reflections here, but it does at least point to a gap between the child’s mind and what passes for objective reality.
LONG AFTER IT WAS HEARD NO MORE

Thank you for not bringing
the camera when I was twelve
feet tall, digging a cavern,
scaling impossible cliffs
meeting that noble and special
one (all of fifteen) before whom
I could abase and win.

Box Brownie, Kodak Instamatic
Polaroid, digital chip all
of them the same would have seen
hard sunlight, a fat and
owlish face with National Health-
type specs before they were
chic, overlong school shorts
to the knees and dark
socks and foolishness.

Thank you for not saving
the moment, for letting it
grow malleable and live
in this obtuse soft grey
organ. For not giving the
objective measurements
that lie like the truth.

“Did we really wear clothes
like that?”
No, we never did,
our being set in the present
and not the image’s memory.
Posted by Nicholas Reid at 9:00 AM

Email ThisBlogThis!Share to TwitterShare to FacebookShare to Pinterest
Labels: Children's Mythology, Something Thoughtful