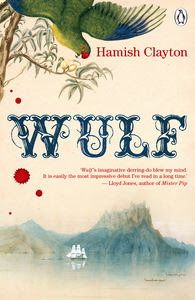 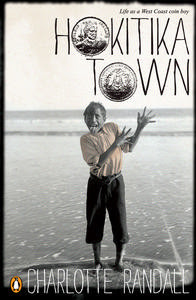 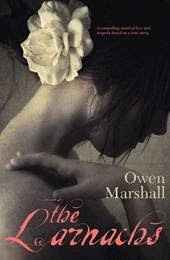 Historical novels present grave problems to discerning readers. One day I’ll devote a whole blog to them. Meanwhile, let me note one of the problems.
Novelists are too prone to force the attitudes and values of their own times into the mouths of people who lived in past ages. Add to this the tendency of some historical novelists to judge and condemn values from the past, on the assumption that present values are the standard against which all history must be judged, and you have a recipe for what historians call “present-ism”. Many supposedly historical novels really serve us characters from our own age, superficially dressed in period clothing.
So it’s with great respect and pleasure that I recommend three New Zealand novels, all published in the first half of this year, that really do manage to think themselves into a mentality from our past. They might appeal to different audiences, but they all show authors really engaging with times that were radically different from our own.
In some ways the most extraordinary of the three is Hamish Clayton’s “Wulf”, because it is a first novel. It’s narrated by an English sailor on board the brig Elizabeth in the year 1831. This was the ship which, notoriously, transported Te Rauparaha and his iwi down to the South Island where they were able to carry out massacres of other iwi because they had the advantage of being armed with muskets. With great control of the narrative, Clayton manages to avoid the sensational blood-and-guts aspect of this. Instead, he lets us enter the sailor’s mind and see his world in his terms – the strangeness of New Zealand’s landscape and sub-tropical climate, the apparent mystery of new flora and fauna, his distance from the formidable warrior-chief. The sailor’s only frame of reference is English and European mythology, so he thinks in terms of an ancient Saxon epic. Hence the novel’s title. If you have read Thomas Keneally’s 1987 novel The Playmaker (about British convicts on the fringe of Australia, 200 years ago), you will have some idea of the type of atmosphere Clayton creates. A dislocation from everything familiar. But Clayton’s descriptive powers are very much his own.
An attempt to enter a mentality on the other side of the Maori-Pakeha divide is Charlotte Randall’s energetic Hokitika Town. Its first person narrator is a Maori kid who mangles the English language, but in doing so comes up with much creative thinking. He develops a moral conscience a bit in advance of some of the profiteers, prostitutes and miners who fill the pioneer town. Set in the West Coast gold-rushes of the nineteenth century, Hokitika Town has lively plotlines which in themselves manage to suggest something of the sheer messiness of Pakeha life in the days when extractive smash-and-grab industries were the country’s mainstay.
Then there’s Owen Marshall’s The Larnachs, an imaginative development of the famous story of William Larnach, the wealthy Dunedin businessman and MP who built his “castle” on the Otago peninsula, and then committed suicide during a parliamentary session in 1898 . Marshall has two first-person narrators - Larnach’s young wife Conny,  and Dougie, his son from an earlier marriage. In this version it is the adultery of stepmother and stepson that drives Larnach over the edge. The novel is the story of that adultery, developing gradually and in appropriately decorous Victorian language. This is a great departure for one of our best short-story writers and novelists, who has never before written historical fiction.
What these three novels have in common is an original, thoughtful and credible attempt to probe the way people once thought and acted, rather than pretending that ideas and behaviour in the past were no different from what we now take for granted. All three are a rebuke to the type of cut-and-paste historical novel that depends on mugged-up historical detail and stereotypical characters. You can make up your own list of the type of thing I mean.
For other perspectives on the novels discussed here, the Winter 2011 issue of New Zealand Books has Murray Bramwell’s positive review of Wulf which he describes as “powerfully imagined… assured, crisply poetic and spellbinding in its unfurling narrative… Conradian”. In the March 2011 issue of Metro, Pip Adam is a little upset that Hamish Clayton makes some narrative use of cannibalism, but still notes that Wulf gives “the crystal-clear re- imagining of New Zealand as a strange and new place” and concludes that “It’s a fresh and compelling work that plays in the boundaries of story and history and presents a new imagining of the Elizabeth incident to contemporary readers.”
Also in the Winter 2011 issue of New Zealand Books, Ruth Nichol at first expresses some confusion over the language of Hokitika Town, but comes to endorse the novel for its “unusual and engaging” narrator with “an exuberant love of language”. She is particularly impressed by the way Hokitika Town shows the mental growth and development of the main character.
The New Zealand Listener 11 June 2011 contains John McCrystal’s interview with Owen Marshall about The Larnachs [now available at Listener on line]. The novel is reviewed by Elizabeth Alley in the Listener of 25 June. She praises it as “a sensitive, compassionate and discreet recreation of a story that, in less able hands, could well have faltered” and concludes that it is “a moving reflection on the nature of love amid the social constraints of the time.”
Posted by Nicholas Reid at 2:43 PM No comments: 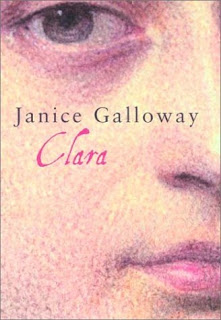 First published in 2002, Janice Galloway’s historical novel Clara is a great example of the historical novel that really thinks itself into a past age – the type of thing I’ve been praising in this week’s “Something New” posting.
Galloway takes a topic ripe for angry modern feminist polemic, yet manages to leave specific value judgements to her readers. The feat is more remarkable because her main characters are all real historical figures.
This is an account of the life of Clara Wieck, better known as Clara Schumann and wife of the composer Robert Schumann. Their story has often been told, but usually coated in romantic melodrama and sentiment. (In 1947 a truly lamentable Hollywood weepie called Song of Love had an improbable Katharine Hepburn essaying the role of Clara].
Galloway goes for realism.
Little Clara is trained from her earliest childhood to be a virtuoso pianist. Her father Friedrich Wieck uses techniques that would now be regarded as sadistic. They include strapping contraptions to the girl’s hands so that her fingers will be in the right concert-hall positions; and practice, practice, practice beyond the limits even of a talented and committed child.
Yet Clara survives, becomes a renowned concert pianist and marries Schumann. Here, however, her problems redouble. As Clara dutifully bears eight children, her husband Robert moves from eccentricity, violent bad temper and mild neurosis into full-blown insanity. Incarceration in a madhouse ensues.
Clara has to support Robert and the family by difficult concert tours. The young Johannes Brahms offers her sentiment and platonic love, but little else.
I can imagine a less astute novelist turning this true story into a tract. Clara could be interpreted as the woman martyred by the patriarchy, and going from being her father’s chattel to her husband’s breadwinner without ever finding herself. Remarkably, Galloway avoids any sort of editorialising like this.
There is a feminist subtext, of course. How can there help being when a perceptive woman writes of a thwarted woman of genius? Only a woman could have written the scene where the pregnant Clara’s waters break while she is in mid-concert piece, but she has to play on regardless. Yet Galloway invites us to see things as Clara herself would have seen them, and that includes her strong Germanic sense of duty and self-control and her genuine love for her impossible husband. She’s convincingly depicted as a nineteenth-century European woman and not as an early twenty-first century one who happens to be wearing a crinoline.
You might know the superficial “research” aspect of some historical novels, where authors bung in extraneous historical events and personalities in the hope of persuading us that their tale is authentic. Here, too, Galloway shows her skill. She draws on the historical record, but focuses it and does not drown her characters in the background details. Europe’s 1848 revolutions are mainly “noises off”, mildly inconveniencing the Schumanns. Famous people enter the story only when they have a bearing on the crises in Clara’s life. The over-the-top Romantic Era emotions are not indulged, but are suggested effectively in a spare, understated prose.
Born in 1956, Janice Galloway has published only a few novels, one childhood memoir and a number of short-stories. She is not a prolific writer, but what she has produced is caviar. Understandably, she has earned her place as one of Scotland’s most prominent living writers.
I read Clara when it first came out in 2002, nine years ago. A recent re-reading tells me it is as good as I then thought it was. It is well worth hunting out and reading.
* Helpful hint – type “Clara by Janis Galloway” into your search engine, and you’ll find a really good review of the novel from the Guardian in June 2002.
Posted by Nicholas Reid at 2:42 PM 1 comment:

Email ThisBlogThis!Share to TwitterShare to FacebookShare to Pinterest
Labels: DO WE REALLY TEACH LITERATURE?, Something Thoughtful
Newer Posts Home
Subscribe to: Posts (Atom)