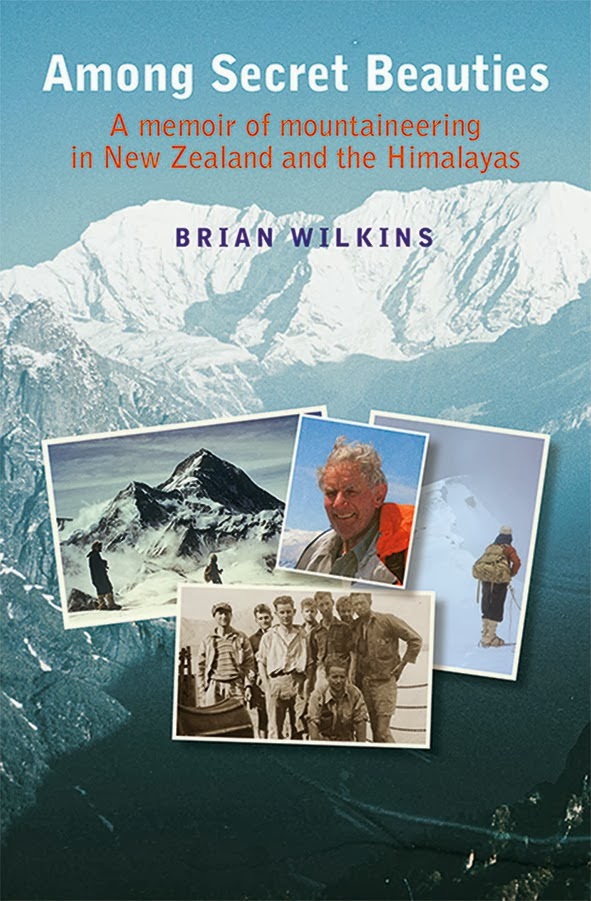 Email ThisBlogThis!Share to TwitterShare to FacebookShare to Pinterest
Labels: Among Secret Beauties, Brian Wilkins, Something New

This week PROFESSOR MARK WILLIAMS of  Victoria University of Wellington has genberously agreed to share his views on a collection of poetry he admires. 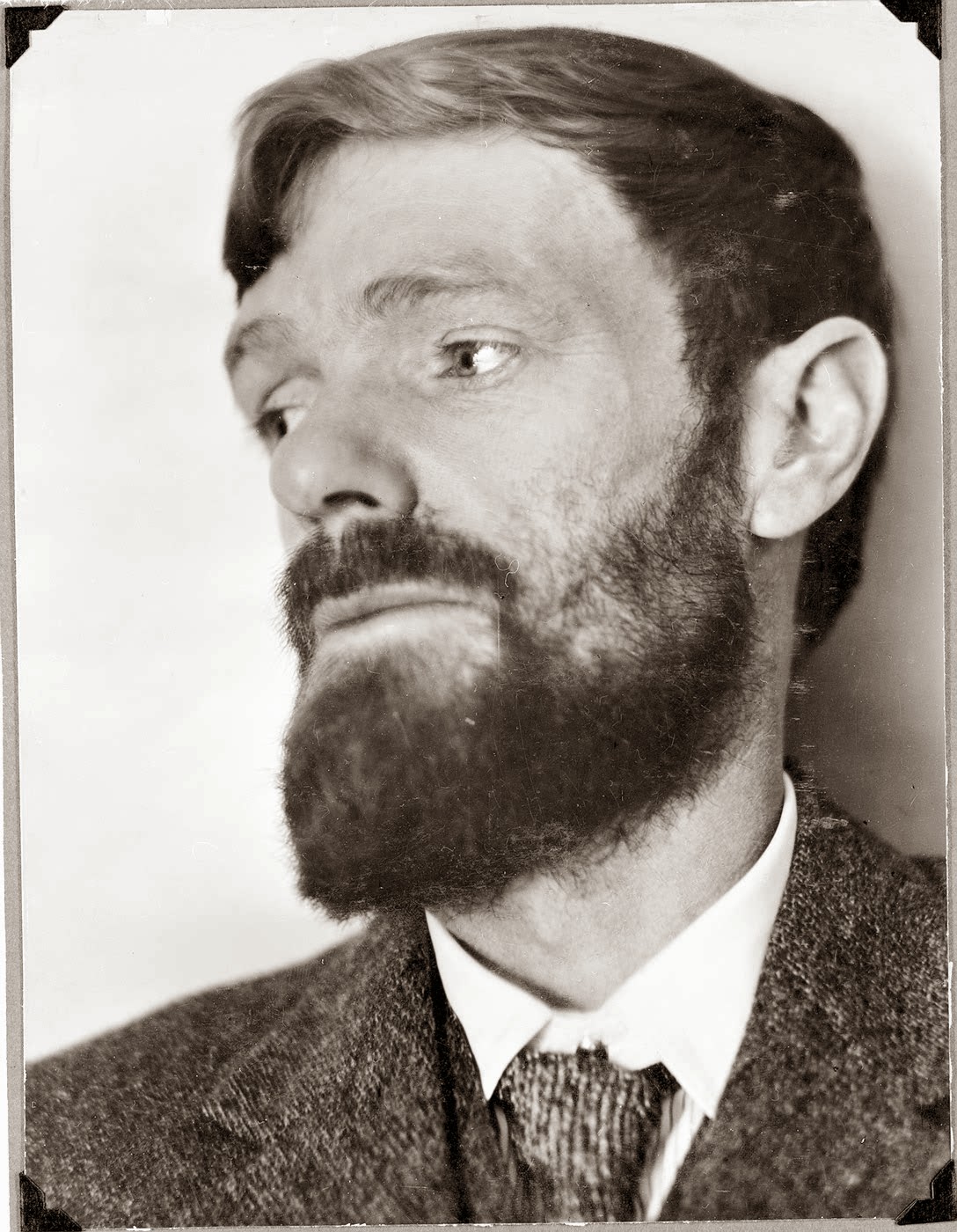 Posted by Unknown at 9:01 AM No comments:

Crude summary of all of the above: As a religious believer, I feel more kinship with the honest atheist, who is prepared to live with the intellectual consequences of his/her world view, than with the “spiritual” agnostic, who comforts him/herself with unbelieved-in formulations and images.
Posted by Unknown at 9:00 AM 2 comments:

Email ThisBlogThis!Share to TwitterShare to FacebookShare to Pinterest
Labels: Religion and Spirituality, Something Thoughtful 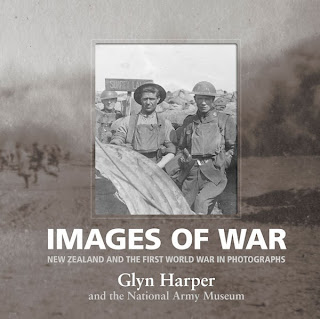 Late in 2014 we will be commemorating the centenary of the outbreak of the First World War. Expect an avalanche of new books on the topic. In fact, expect the avalanche to grow heavier over the next four years, as writers and publishers find new ways of capitalising on salient events in the war.


I’ve decided to begin this year by commemorating the century-old war in a rather odd way. Five years ago, in 2008, military historian Glyn Harper and a research team from the National Army Museum in Waiouru, put together Images of War, a book of photographs of New Zealanders in the First World War. The book has now been revised for a new hard-back edition of coffee-table size, bulky enough for me to have to prop it up with other books on my desk as I spent some hours poring over it.


As the preliminary matter tells us, the volume’s 700-odd photographs were chosen from over 20,000 in the military museum’s collection. Harper summarises judiciously the physical difficulties of taking photographs of war in the early 20th century – not only the bulkiness of photographic equipment, which made genuine “action” shots virtually impossible, but also the military censorship which frowned on servicemen taking their own unauthorised shots in areas of operations. Yet – to the delight of historians – many servicemen disobeyed orders and took photographs anyway. Harper explains that in making his selection, he avoided images that were too obviously posed, or created for propaganda purposes, and too many formal shots of staff. The images are grouped together according to campaigns and areas of operations in which New Zealanders were involved – training in New Zealand; Egypt and Gallipoli; the Western Front; Sinai-Palestine etc. Harper precedes each section with a brief summary of how the war affected New Zealanders serving there.


Harper’s introduction reminds us of the importance of the First World War in New Zealand history. A staggering 100,000 New Zealanders served overseas, being 10% of the total population, which was then little over one million. This was greater than New Zealand’s manpower contribution to the Second World War. Elsewhere, he forthrightly explains what a foolish campaign the Gallipoli one was; and reminds us that the real killing field was the Western Front, where over 84% of New Zealand’s casualties were sustained.


His introduction does not mince words when it declares that “an aggressive militaristic Imperial Germany was determined to impose its form of culture on the world at the point of a bayonet.”  All historians would agree that every country involved in the war had its own ambitions, agenda and guilt; but this fact has led some to underplay Germany’s distinctive aggression. So much so that three years ago Stevan Eldred-Grigg produced a singularly silly book The Great Wrong War which would have us believe that Germany was simply a progressive “federal state” (Eldred-Grigg carefully avoided using the term Empire) grievously wronged by its aggressive neighbours. Frankly, this was over-compensation pushed to the point of absurdity. Harper’s statement may be a little un-nuanced, but it is nearer the historical truth.


Now how do I analyse a book whose main impact comes through its photographs? I have to point out at once that many of the images are blurred, faded, indistinct or grainy. They are not dramatically framed works of art. They are historical documents and (although some are visually striking), they have to be read that way.


I found myself considering how easy it would be to be fooled by some of these truthful images.


Take the image on Page 31, which shows a long line of New Zealand soldiers and their horses trekking down a dry, zig-zagging road on an arid hillside. At first glance, I thought it was a photo from the Gallipoli campaign. In fact, it is a shot taken in 1914 on the Port Hills outside Christchurch, during training exercises.


Or take the shot on page 76, which genuinely was taken during the Gallipoli campaign. A thick pall of smoke rises over a gully, looking like the Inferno. Is this the result of a heavy artillery bombardment? No. It is, as the caption explains, smoke created when ANZAC troops were “cremating” the unburied corpses of the enemy dead. (Meaning, in all probability, pouring petrol on them and burning them in the open air to kill the smell and discourage the plagues of flies that unburied corpses bring.)


There are other unusual and generally forgotten things that servicemen are glimpsed doing in this collection. Of course the images of the Western Front include smashed-up villages, mashed-up earth, water-filled shell-craters and the leafless remains of trees. But how often do we think of medicos (like the one seen on Page 117), retrieving the identification discs from corpses? And in another campaign (the Sinai-Palestine one), how often do we remember that the heliograph was still considered a reasonable means of communication – like the one a soldier is using on Page 232? Then there’s the Kiwi soldier on Page 132, standing guard over captured German machine-guns, to prevent them being “souvenired” or looted by other soldiers. All the captured weaponry has been painted with the identification “3rd BTN. NZRB”. On Page 305, a soldier in the Veterinary Corps tries to calm down an agitated horse by stroking its nose. On the same page, there’s an image of two digs, one with his shirt off, hunting for lice to crush between their fingernails.


Some photographs show us that, at least for the camera, soldiers sometimes made light of war. There are a number of images where the troops have written jocular or boastful things over their dugouts. On Page 355 one Kiwi poses, nonchalantly and arms akimbo, behind an unexploded shell that’s almost as tall as he is.


More often, however, reality bites, be it in the images of soldiers marching and waiting; or in the images of fear and pain. Harper has noted how rare genuine actions shots of the battlefield are. But the image of the soldier on Page 66, readying a trench mortar for firing, shows his real strain. The smiles in some shots are clearly forced by tired or battle-fatigued men. Fittingly, the collection ends with images made by plastic surgeons are they documented the ripped flesh of men whose bodies they had to rebuild.


Not only the serving troops learned lessons in the reality of war. Early in the book there are those famous photographs of Prime Minister Bill Massey and Sir Joseph Ward, on the steps of parliament, being acclaimed by a large crowd when New Zealand declared war. It was almost fun and games at that stage. As photographs show, much later in the war the two of them (now coalition partners) visited the troops in France. Again, there was fun and games (the oft-reproduced photograph of the two of them fooling with a machine gun). But their visit to the wounded in July 1918 (photo on Page 207) shows their real concern. And by that stage neither of them found the war a matter for jokes in music halls to mock the riddled corpses round Bapaume.
Posted by Unknown at 9:02 AM No comments:

Email ThisBlogThis!Share to TwitterShare to FacebookShare to Pinterest
Labels: Glyn Harper, Images of War, Something New

“STORM OF STEEL” by Ernst Junger (“In Stahlgewittern” first published in German 1920; revised by the author many times; first English translation by Basil Creighton, 1929); “ON THE MARBLE CLIFFS” by Ernst Junger (“Auf den Marmorklippen” first published in German 1939; English translation by Stuart Hood, 1947) 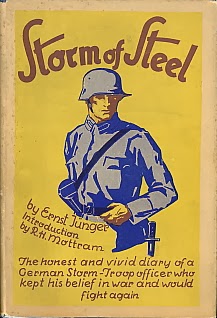 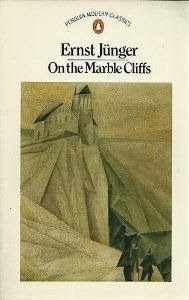 Chief article of evidence for the defence in this case is Junger’s novella (little more than 100 pages) Auf den Marmorklippen (On the Marble Cliffs), which was published in Germany in 1939. It is a fantasy story set in a world which has elements of traditional Europe in place names and descriptions, but also purely fantastic elements. Told in the first person, most of the action takes place in a peaceful, bucolic area where the narrator and his immediate family spend most of their time studying plants, talking philosophy and living an almost monastic life. But out of the dark forests comes the “Chief Ranger” who succeeds in stirring up and leading the uncouth mobs who wish to destroy this idyll. So there is war – presented in almost “Lord of the Rings” medieval terms. People are slaughtered, towns are destroyed and ruin is brought to what was once beautiful.
Remember, this novella was published in Nazi Germany, and was not censored. Vigilant members of the regime presumably saw it as mere fantasy. But subsequently, it has often been read as a covert protest against Nazism, and there are indeed some isolated passages that can be read this way. The “Chief Ranger” is the dark, irrational force opposing beauty and scholarly study; the force that can corrupt and lead the masses. We see him as Hitler.
I must admit that, having had On the Marble Cliffs often described to me before I actually read it, I found the reading itself a disappointment. Junger’s style is almost baroque – lots of leisurely and detailed description while very little happens – and the satirical intent (if indeed it is such) is buried in much irrelevant detail. Indeed, for such a short work, it is possible to forget which character is which, they are so badly differentiated. It is certainly not as clear-cut as my little synopsis.
I appreciate that any protest in Nazi Germany was a courageous act, but I note that even after the Nazis were long gone, Junger refused to identify On the Marble Cliffs as a criticism of the regime, and spoke of it in more general terms as a comment on “tyranny”. Its chief impact remains a murky ambiguity.
The “case” of Junger remains unresolved.
Posted by Unknown at 9:01 AM No comments: