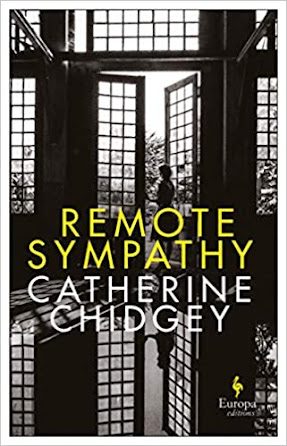 While I was reading Catherine Chidgey's new novel, I kept thinking of a classroom experience I had in the 1980s. I was teaching History to 6th Formers (Year 12 in the new parlance) and we were studying Nazi Germany. Most of the class were girls. As part of the course, I showed them a documentary about the Shoah. They sat with little reaction through scenes, probably already familiar to them from other films, of ovens, gas chambers and emaciated corpses piled up in liberated death camps. But a couple of brief shots made all the girls gasp in horror. They were images of Nazi women who had served as guards in the concentration camps. I asked the girls why these shots upset them.  “Because women don’t do things like that,” they said.

Years later, on the internet, I came across photos of women happily frolicking at a sort of picnic with three men. They looked like perfectly ordinary people having a good time. The three men were SS officers. The women were voluntary auxiliary staff who helped them at Auschwitz, which was fully functioning a mile or two from where this happy photograph was taken. Given the right (or wrong) circumstances, women and men are capable of doing the most monstrous things, to the point of believing the most monstrous things are both necessary and normal. And the disturbing thing is that they look just like us. Indeed, in their complexity and contradictions, they are just like us, because they are human. 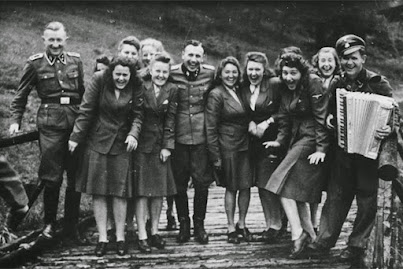 From this fact, Catherine Chidgey’s Remote Sympathy does not draw some simplistic lesson about all of us being guilty. If everybody is guilty then nobody is guilty, concepts of right and wrong simply vanish and we can’t talk about good and evil. But she does understand that the guilty are human and as complex as anybody else. In her second novel to be set in Nazi Germany – after The Wish Child – she presents even an SS officer as a rounded and credible human being.

Remote Sympathy has three protagonists. Dr Lenard Weber, who perhaps has a few Jewish ancestors, has had to divorce his Jewish wife to maintain his position, but has ended up as a prisoner in Buchenwald anyway. SS Sturmbannfuhrer Dietrich Hahn is one of the chief administrators of the concentration camp, keeping accounts. He lives with his wife Greta and their little son Karl-Heinz in one of the luxury houses provided for SS officers, just a short distance from the camp. Greta Hahn misses their former home in Munich and she has had to suppress the Catholicism in which she was raised because “the churches are the enemies of the Reich”. But she settles in comfortably enough, although she occasionally finds some things unsettling and unnerving. What exactly is her husband’s job?

These three voices narrate the novel. We are given the “imaginary diary” of Frau Greta Hahn. We hear Dr Weber’s experiences from letters he writes in 1946, and SS officer Dietrich Hahn’s experiences from a tape-recorded interview he does in 1954  (so we know from the start that the doctor and the SS man survive the war). Much that these three narrators say sounds nothing like a diary, letter or interview, but we easily accept this as a literary convention, like the epistolary convention of many authors since Samuel Richardson. 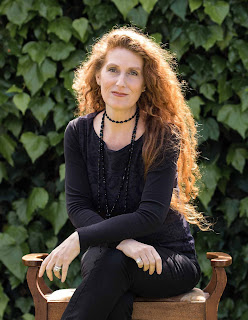 It is never my intention to give away all the plot development of a new novel.The author has the right to expect her intended surprises to be real surprises for the reader too. But I can give the general situation which we come to know well before we are halfway through Remote Sympathy. When he was younger, Lenard Weber created a machine which he hoped would cure cancer without surgery and by electrotherapy -  electric waves would shake apart and destroy tumors. He has long since realised that his machine doesn’t work and is probably sheer quackery. But when cancer develops in Greta Hahn, her husband is desperate to find a cure, learns about the doctor’s machine and invites Weber into his home to treat his wife.  Knowing how useless his invention really is, Weber accepts, with his own survival in mind. As a prisoner in Buchenwald, he is thus given easier duties and limited preferential treatment, even as other prisoners are being worked, starved or beaten to death. And as the “treatment” continues, some level of sympathy and mutual understanding develops between the doctor and the SS officer’s wife, even if the doctor has to be cautious, subservient and circumspect in everything he says.

There are many ironies built into this novel, beyond the situation of the SS officer being in one sense dependent on the prisoner. There is the irony of Buchenwald, the concentration camp, being right next to Weimar, the centre of German liberal enlightenment and the home of Goethe. An old oak tree, believed to have sometimes shaded Goethe when he was writing, is now surrounded by Buchenwald, so a symbol of barbarism sits side-by-side with a symbol of high culture. Together with the voices of the three main characters, we sometimes hear the collective voices of the citizens of Weimar. Like Frau Miller and Frau Muller in The Wish Child, they are complacent and conformist, believing every propaganda slogan, reviling Germany’s enemies, and to the bitter end refusing to believe anything barbarous is going on in the camp up the hill. There is the ongoing irony of Greta Hahn, in the earlier stages of the novel, fussing over trivial domestic matters (windows smeared by people who hung the curtains; how her curtains are hung) while a stone’s throw away people are being systematically murdered. There are also incidental ironies like Dr Weber, early in his career, a man who regards human beings as mere circuitry of a machine like the famous Transparent Man, listening to one of his patients muttering scraps of hymns as he is being treated. A tension between religious belief and hard positivist materialism is one thread in this novel.

While the ironies always have point, the strength of the novel is the roundedness and credibility of its main characters. Both Greta Hahn and Lenard Weber develop slowly in their attitudes as they reach some sort of mutual understanding. It is no sudden and improbable meeting of minds.

Catherine Chidgey’s real skill in characterization is best illustrated by SS Sturmbannfuhrer Dietrich Hahn. He is not one dimensional. He has real concern  about his wife’s health. He feels real sorrow as her cancer advances. In some sense he is a good father, making toy animals for his young son. But he is also an opportunist and self-evidently a liar who has perhaps come to believe his own lies. We understand how much he has absorbed Nazi doctrine when he takes to referring to the family’s Jehovah’s Wtiness “servant” Josef (i.e. prisoner forced to do domestic chores) as “Niemand” – “Nobody”. Enemies of the Reich are not to be treated as people.  In his interview, nine years after the war is over, he repeatedly emphasises his own probity in running the camp, claiming that he kept accounts honestly and never embezzled; claiming that he was under orders to save money, so it wasn’t his fault if prisoners starved to death for lack of food; claiming anything about prisoners being tortured or worked to death was the fault of his subordinates. In short, he is the model of Hannah Arendt’s Schreibtischtater (“desk murderer”) – the guy who gives the orders and then pleads that his own hands are clean. And even in the matters of stealing money and personally profiting from the camp, we know he is lying. He is the unreliable narrator who never considers how much he is really revealing.

What is being displayed – in Dietrich Hahn, in the wives of SS officers and often in the citizens of Weimar -  is wilful ignorance, choosing not to know things. Dietrich Hahn says “I was always mindful of the inmates basic needs… but like all the other officers, I preferred not to have to visit the compound unnecessarily; you risk seeing something or catching something.” (p.85)   Elsewhere, Dr Weber looks through a window in Buchenwald and sees a farmer ploughing a nearby field, taking no notice of the camp which he can clearly see. (p.298) Like Dietrich Hahn, the farmer chooses not to know. This sort of wilful ignorance, obliviousness or choosing not to know, is quite different from the genuinely innocent ignorance of the two children who are at the centre of The Wish Child. Choosing not to know is complicity.

Countering this, the novel has another thematic thread about the need to document and know. Much imagery points to this need, especially in scenes where Dr Weber examines and develops photographs in Buchenwald’s photography room, where SS officer Hahn has installed him to do lighter duties than other prisoners.

And what does the title Remote Sympathy mean? It can be unpicked in many ways.  It refers literally to Dr Weber’s “cancer-curing” machine which, he explains, is supposed to operate on “the theory of remote sympathy – that treating one part of the body could affect a seemingly unconnected part [because] the body is a circuit.” (p.99) But then there is the cautious, self-distancing sympathy Dr Weber feels for Frau Hahn, even if he has to remain subservient and is saving his own life. And there is the very, very remote sympathy of German “Aryans” for the suffering of other peoples – a sympathy so remote that it barely exists. And the decaying of sympathy among the prisoners themselves, as they face starvation, are brutalised and each begins to look after himself first. And the remote sympathy we as readers feel now that these events are fading into the historical past. And - it has to be included, because for one character there is a strong religious experience later in the novel - perhaps the remote sympathy of God who merely looks on. There is the horrible irony, late in the novel, of a copy of the Bible being hidden inside a copy of Mein Kampf. This image could be interpreted in more ways than I would dare to attempt.

Is this novel ultimately about delusions and self-deception, including the desperate hopes that its main characters have for things they cannot ever have? Or is it about the power of hope? Judge for yourself.

At over 500 pages, Remote Sympathy is a long novel, but the length is fully justified by all the sharply-observed detail and by the “slow burn” of historical events as the war advances to its end, bombs begin to fall and SS men and others move from worry to panic. More than anything, though, it is the careful development of characters that justifies the length. Fired by real historical knowledge, Catherine Chidgey is an acute observer of human strengths and weaknesses and a very accomplished story-teller. This is a great novel.