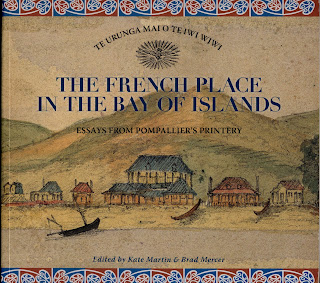 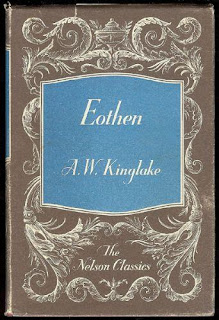 Email ThisBlogThis!Share to TwitterShare to FacebookShare to Pinterest
Labels: A.W.Kinglake, EOTHEN, Something Old

Nicholas Reid reflects in essay form on general matters and ideas related to literature, history, popular culture and the arts. You are free to agree or disagree with him.
HISTORICAL IGNORANCE IS BLISS 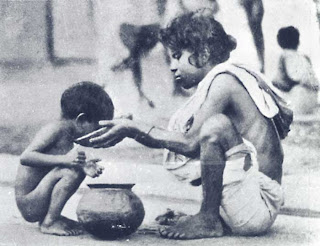 Here’s a really idiotic thing I heard in the staffroom of a secondary school quite a few years ago.
A teacher was distressed by all the images he had seen of famines in Africa and parts of Asia. The hunger-swollen-belly, flies-around-the-mouth World Vision-type appeals really got to him.
But he had a radical and simple problem to the evils of famine.
The British Empire, he said, should be brought back into being.
After all, he said “there were no famines in the British Empire!”
The stunning ignorance of this statement is appalling. From the 1840s Irish Famine to the 1944 Bengal Famine, there were plenty of famines in the British Empire. Collectively, they carried away many millions of lives.
In the circumstances, it wasn’t worth arguing the point with this teacher. But on reflection, it didn’t take me long to figure out where his preposterous statement came from.
The British Empire flourished before the age of mass-media live coverage of events, and before television brought us direct feeds from scenes of disaster and despair. Because he had never seen pitiful images of famine in the British Empire, the speaker simply assumed that it never existed.
There’s an obvious moral that can be drawn from this, and it has been drawn in many thoughtful articles. Our perception of reality has been altered by the way television and other modern media present reality to us. When historians go counter-factual, they often ask such questions as – how huge a peace movement would there have been if people in 1916 received a live TV feed of the Battle of Verdun? How much more quickly would slavery have been abolished if every home saw, live, what really happened on slave ships and slave plantations? Would romantic legends of piracy and the Wild West have ever developed if live images had shown the sordid lives of real seaborne criminals and the deadly dull lives of real cowpokes, as opposed to the Hollywood versions?
When people starved to death in parts of the British Empire, there were, at most, terse newspaper reports, insulating readers from reality by their officialese and by the fact that they were merely words on the page.
Something was not seen, apart from by first-hand witnesses. Therefore it did not exist. Therefore it did not become part of general consciousness.
There is another and larger point here. I think when most people are ignorant of much of the past, they assume that the bits they don’t know about were “normality” and therefore something like life as it is now lived. If you live in a peaceable Western-style country, this can easily lead to the assumption that the past was largely peaceable – “the good old days” – apart from the handful of wars that everybody has heard of.
I’m inclined to call this the default setting of most people’s idea of the past.
Last week I was considering Steven Pinker’s The Better Angels of Our Nature, with its detailed version of an extremely violent and destructive past which Pinker contrasted with a more peaceable present. He probably overstates his case, but he does have a point. Much of the past was violent and nasty. It was also toilsome (in the absence of labour-saving devices) and allowed an even smaller proportion of the population to enjoy a life of relative ease than is the case now.
For most people the pre-newsreel, pre-mass media past is the past as presented by movies. It is either squeaky clean – with cowboys, knights or Roman soldiers and their women as well-coiffed and cleaned as modern hygiene and make-up can make them. Or, in the opposite fallacy, it is presented as unrelievedly barbaric, as in that Monty Python movie where filth-covered peasants watch a reasonably well-dressed man ride by and one of them remarks “He must be a king of something ‘cos he’s not covered in shit”.
For a smaller group of people, the pre-mass media past means High Culture and great and enduring works of art, from Beethoven’s symphonies to Shakespeare’s plays to the ceiling of the Sistine Capel. Without wishing to sound Marxist about it, the past’s great works of art were produced for a small elite and do not necessarily represent the realities of the world in which they were produced.
As far as the best research can tell us, the pre-mass media past was not more glamorous than the present. Some of it was violent, socially it was very unequal, it had its disasters, and for the people who lived through it, it was simply mundane reality.
And there were famines in the British, French, Spanish, Dutch, Russian and Chinese Empires.
Posted by Nicholas Reid at 9:00 AM 2 comments:

Email ThisBlogThis!Share to TwitterShare to FacebookShare to Pinterest
Labels: HISTORICAL IGNORANCE IS BLISS, Something Thoughtful 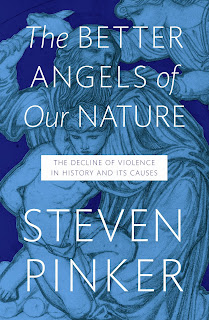 Email ThisBlogThis!Share to TwitterShare to FacebookShare to Pinterest
Labels: Something New, Steven Pinker, The Better Angels of Our Nature 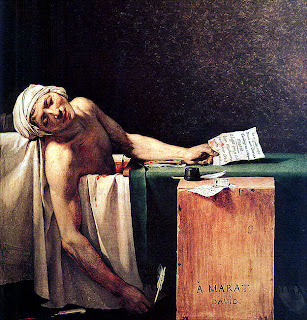 Email ThisBlogThis!Share to TwitterShare to FacebookShare to Pinterest
Labels: Joseph Shearing, Something Old, THE ANGEL OF THE ASSASSINATION 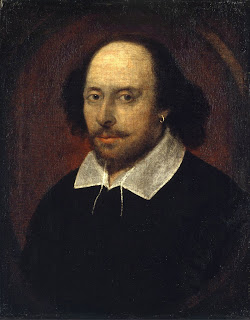 Email ThisBlogThis!Share to TwitterShare to FacebookShare to Pinterest
Labels: From Bard To Worse, Something Thoughtful