“AT THE MARGIN OF EMPIRE” by Jennifer Ashton (Auckland University Press, $NZ49:99) 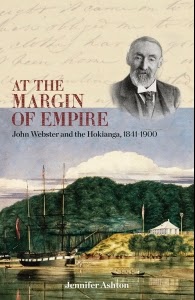 Email ThisBlogThis!Share to TwitterShare to FacebookShare to Pinterest
Labels: At the Margin of Empire, Jennifer Ashton, Something New

“LA CUREE” by Emile Zola (first published 1871-72; variously translated into English as The Spoils or The Kill) 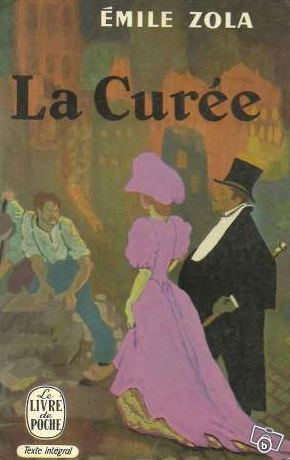 Three times before on this blog I have given you accounts of novels in Emile Zola’s 20-volume series Les Rougon-Macquart [look up Emile Zola on the index at right and find my reviews of Le Ventre de Paris, La Conquete de Plassans and Son Excellence Eugene Rougon]. Three times I have told you of my long-term project to read all the Rougon-Macquart in the original French and how I am still only halfway through that project. So this time, as I deal with what may possibly be Zola’s most paradoxical novel, I will not repeat myself, nor will I give you my standard judgement on Zola as the purveyor of melodrama and an inadequate Naturalist philosophy, but nevertheless as a great descriptive writer and somebody who could keep a narrative moving. And I will try not to give you one of my notoriously overlong plot summaries.
This time, I’ll stick to the point. 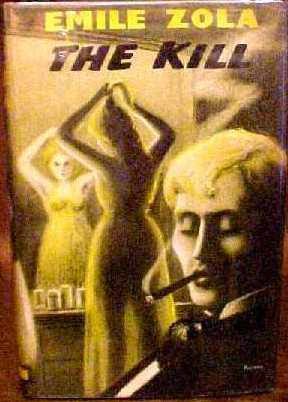 First, the title of this second entry in the Rougon-Macquart series. La Curee means “quarry” in the sense of the quarry in a hunt – the animal that is slaughtered. Specifically, it refers to that part of the dead prey that is thrown to the hunting dogs. Understandably, therefore, the novel has never been translated into English with that title, as to most English-speakers the word “quarry” at once means the place where rocks and gravel are dug up. Instead it has been translated as The Spoils, in the sense of loot being shared out, or The Kill, in the sense of a “killing” on the stock exchange.
The novel has this title because it is set in Paris at the time in Napoleon III’s Second Empire (the 1850s) when the old city is being systematically torn down and rebuilt under the direction of Baron Haussmann. The city swarms with property speculators and investors hoping to make a “killing” in the process of buying up properties, demolishing buildings and then having them rebuilt for profitable sale. 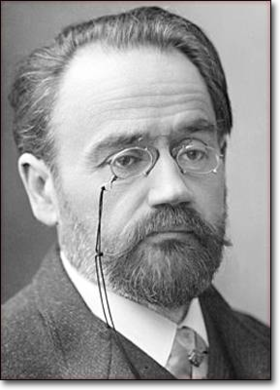 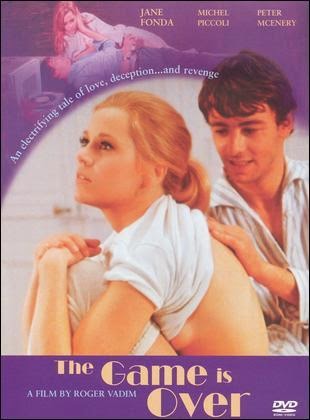 Fatuous Footnote: To the best of my knowledge, La Curee has only once been turned into a film (apart from an ancient film of the silent era, now lost). This was the version made in 1966 by Roger Vadim, purveyor of soft porn to habitués of art houses. Known in its English-language release as The Game is Over, Vadim’s La Curee updated Zola’s story to the (1960s) present, and thus deleted all the social commentary that was Zola’s focus when he created the story in the first place. It starred Vadim’s then-wife the young Jane Fonda, who was at the time an aspiring commercial sex-symbol and had not yet developed into the Hollywood activist for fashionable causes and (later) the physical fitness freak. Much of it consisted of Fonda as Renee, in semi-nude poses (daring for 1966) circling around Peter McEnery (as Maxime), with Michel Piccoli (as Aristide) making noises off. In short, it was arty sensationalism, exploiting the incest theme. Hunt it out if you want, but don’t expect to find Zola there. And don’t say you haven’t been warned.
Posted by Unknown at 9:01 AM No comments: 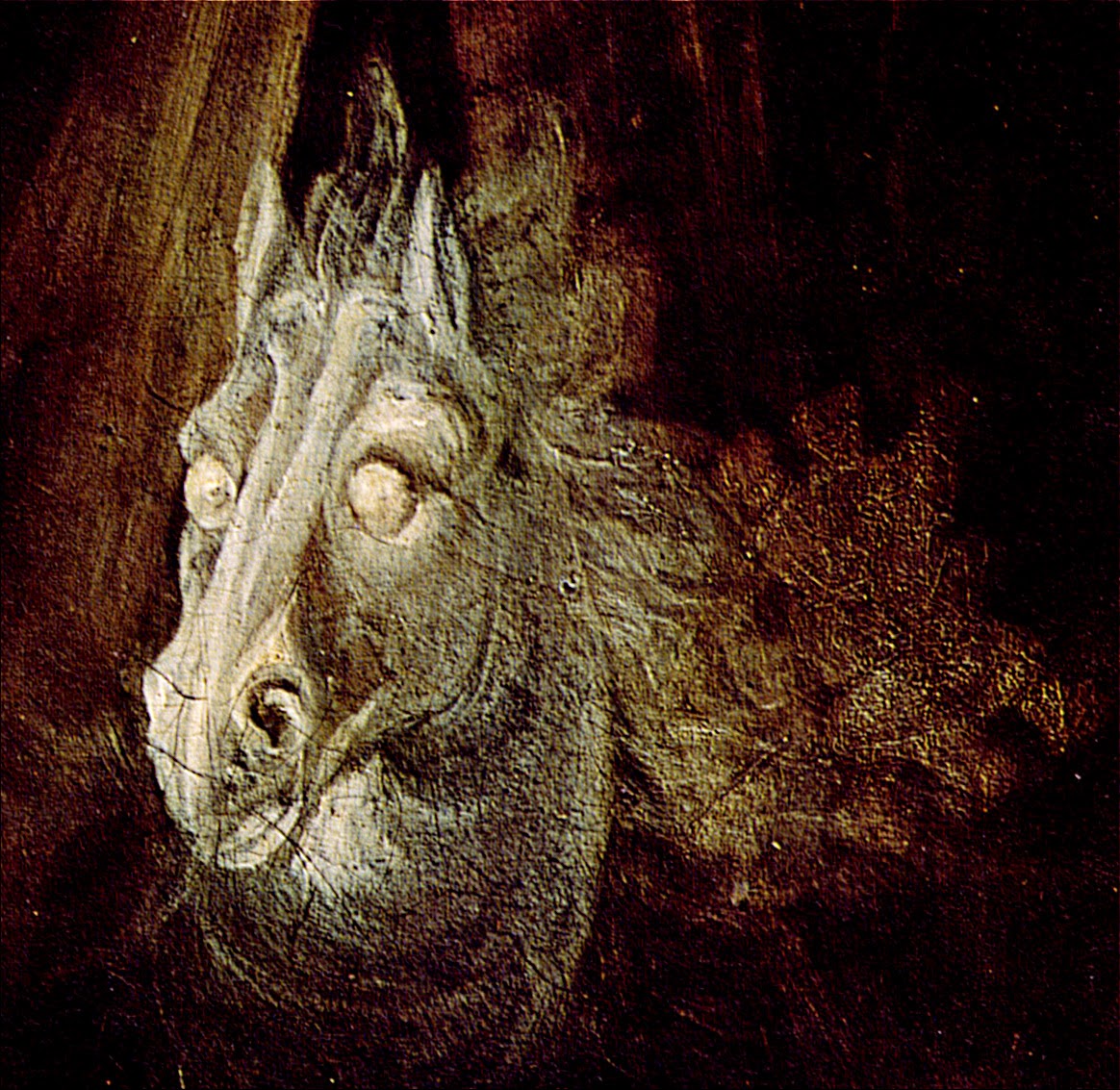 Somewhere in the middle of the night you wake up.
Is it bad digestion? The need to relieve yourself? A nightmare? An over-charged mind, which keeps telling you that you have some duty to perform? An over-stimulated imagination? All of these things or none of them?
Anyway, the fact is that you wake up in the middle of the night, and you cannot go back to sleep.
It is pitch black. The street lamps have long since been put out. Your village is far from any other.
You lie there in the dark for a while, thinking and wishing you could go back to sleep. But you can’t.
You pray.
It doesn’t help.
You light the candle you keep near your bed. You try to read. Your mind will not focus. You keep getting distracted by the shadows the candle throws on the walls and ceiling. Your mind works on them fantastically. You relate them to the odd creaks you can hear in other parts of the house. It is easy to imagine ghosts. It is easy to imagine some night creature hiding in the dark.
“This will never do,” you think. “I will use my Reason. I will get up and face the night.”
Taking your lighted candle, you move into your study. You pull aside the thick drapes, draw your chair to the window and blow out the candle. You let your eyes adjust. It is not pitch black after all. It is night’s particular kingdom. There is a lean crescent moon low on the horizon. There is no wind. The sky is clear. There are many stars. They move slowly, but they move. You sit there long enough to see a constellation rise and establish itself over a tree. It is completely silent – except for a sheep’s bleat from a near field, and once the incongruous squawk of a night bird.
You become acquainted with the night. You listen to its silence. You know its physical presence. It is at your elbow. You think night thoughts. The world of day is far away. You rise to this other enfolding reality. Night, the silent witness, the silent watcher, the other world, the other reality. Silence and starlight and you communing with them.

Somewhere in the middle of the night you wake up.
Is it bad digestion? The need to relieve yourself? A nightmare? An over-charged mind, which keeps telling you that you have some duty to perform? An over-stimulated imagination? All of these things or none of them?
Anyway, the fact is that you wake up in the middle of the night, and you cannot go back to sleep.
“Bugger”, you say, as you want your sleep and you know you will be unduly grumpy and tired when afternoon comes.
The orange light of the nearby city hangs over your suburb and penetrates your bedroom curtains. The streetlights are on all night. There is never real darkness. There is never real quiet, either. Every so often a car hushes past. There is the distant hum of a motorway. Be grateful for small mercies, though. At least it is quieter than at full day.
You go into your study and pull aside the drapes. Moon, stars, but too much light pollution here to see many of them. They are notional.
Reading is not an option. Your mind is too unfocused, too tired.
You wake up the computer. You check your e-mails. Touts, publicity, free offers. You delete most of them. You check out Facebook. Trivia, chatter, holiday snaps, gossip. You’ve had enough. You watch the BBC news on live feed. A scandal. A political shuffle. Terrorism. Deaths. An air crash. A piece of showbiz puffery. The world moves.
It is always day somewhere. It’s always day here in your study. Day can’t be turned off.
We have killed the night. We have killed night thoughts.
You write a poem about it.

had Death walk its acres
to gather its children
in uncured diseases.

The physick they fed then,
the leeching,  bloodletting
stocked churchyards with corpses.

Death was a companion
familiar as toothache
and scrofulous ague.

And after Death,  Judgement
when Night Thoughts were mortal
and ghosts walked the copses.

ii
Digestion ruined by small beer,
the cotter falls down on rammed earth
at 2 a.m. in penitence
to ask God’s mercy on his soul.

A nightmare spiked him in the dark.
The Devil leered from unmown fields.
Sin was a snake spilling its seed
from pouches like his itching crotch.

Up in the parqueted vicarage
the parson’s wife groans in her sleep.
Her husband’s left the bed again
to force Church Fathers in his skull.

Jerome, Aquinas, Chrysostom
console him for his poor degree
and ease his pain by candlelight
when nightmares touch his heart with fear.

And nearer dawn, when fear’s subdued,
he turns to Moderns for relief -
Joseph Butler or Tillotson
to help him turn a polished phrase.

His sermons are all curative.
Their urbane chat takes him from where
pure evil is a tactile force
and something’s moving in the dark.

iii
Who cares for nightmares now? At 2 a.m.
a law of physics is the creaking wood,
the shifting tiles, a pusscat on the prowl
and voices, partygoers going home.

Graves never yawn. The dead lie still and rot.
Ghosts are engravings in foxed storybooks
and childhood’s monster underneath the bed
is promptly killed by flicking a light switch.

Why stress on Death? Kill headaches with a pill.
There’s nothing fruitful that can compete with
the all-night telecast and foreign news.
Night Thoughts are nerve ends. Please go back to sleep.

(From the collection The Little Enemy, published by Steele Roberts, 2011)

Posted by Unknown at 9:00 AM No comments:

Email ThisBlogThis!Share to TwitterShare to FacebookShare to Pinterest
Labels: Night Thoughts, Something Thoughtful 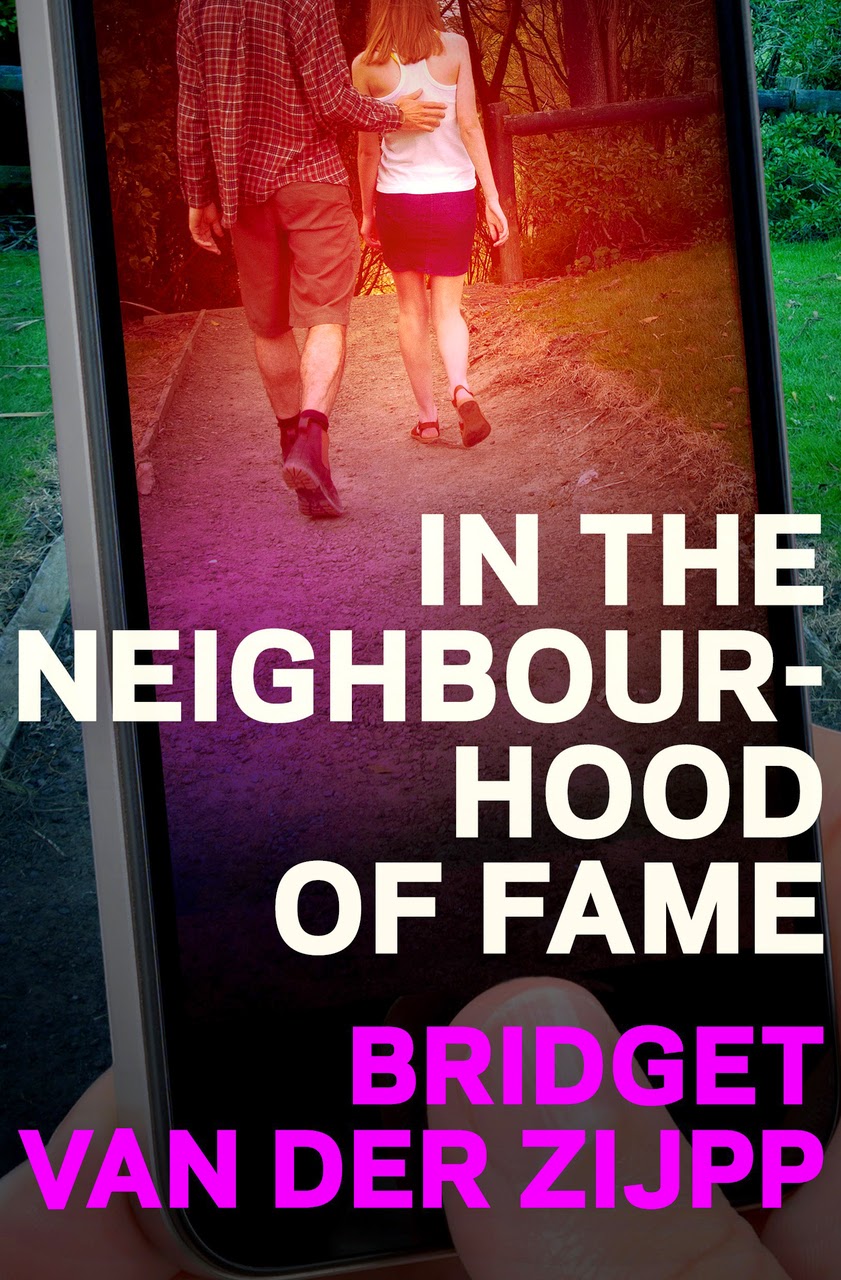 I have repeated two principles so often on this blog that they have virtually become mantras and you are probably sick of hearing them.
They go like this:
Principle A: Never underestimate or sneer at the power of good storytelling. Even if a novel is not the most subtle or profound piece of work, the ability to tell a story well is a thing to be prized, and the term “page-turner” should be reserved only for those novels that have nothing to offer but a jaded plot ingenuity.
Principle B: It is unmannerly to spike all the surprises that new novels have to offer. If major twists in the plot are central to a new novel’s impact, then reviewers should not deploy “spoilers”. [On the other hand, it’s perfectly okay for critics to give away twists in the plots of novels that have been available to the public for years – as I do frequently in this blog’s “Something Old” section.]
Both of these principles come into play with Bridget van der Zijpp’s second novel In the Neighbourhood of Fame.
The title has a double meaning.
Evie, with slightly surly teenage son Dylan in tow, has come back home from Oz for her father’s funeral, and is settling things up as she stays in her father’s home. The house is just across the back fence from the large and leafy property of Jed Jordan, who once made a splash as a Kiwi rock-star but whose career has subsequently gone nowhere is particular. He apparently spends his days pottering around growing peppers in his greenhouses and occasionally doodling with his guitar. But he’s still kind of famous among the middle-aged nostalgia crowd and Evie is in his neighbourhood. So they’re both in the neighbourhood of fame. 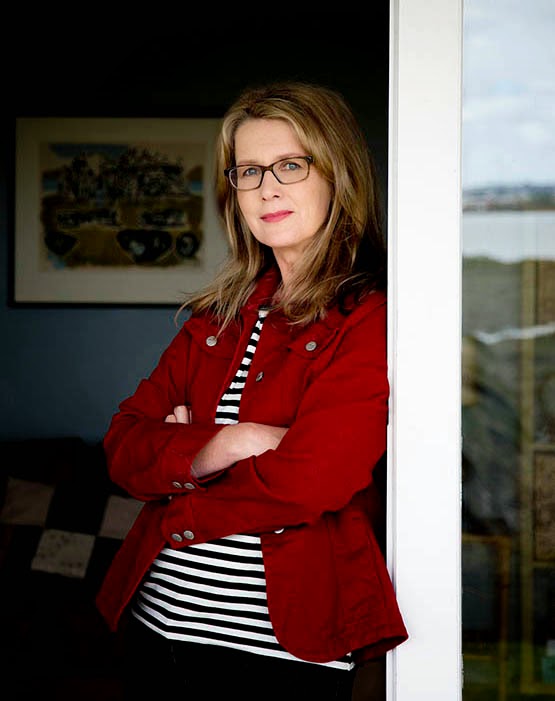 Dyspeptic footnote : On p.93 the author (or her narrator) uses that redundant and semi-literate term “evolvement”. Perhaps she should have a word with her copy-editor. Or perhaps she isn’t a believer in evolution.