NOTICE TO READERS: BECAUSE OF THE CURRENT CORONAVIRUS LOCK-DOWN, THIS BOOK IS NOW BEING RELEASED IN JUNE AND NOT IN MAY AS FIRST ANNOUNCED. PLEASE REGARD THIS REVIEW AS A PREVIEW

“RIPIRO BEACH – A Memoir of Life After Near Death” by Caroline Barron  (Bateman Books, $NZ 34:99) 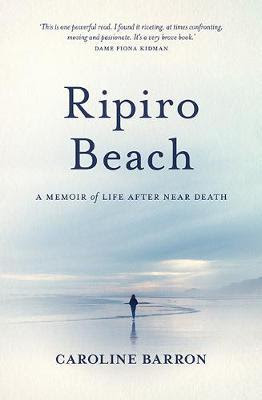 In 2011, Caroline Barron nearly died while giving birth to her second daughter. She haemorrhaged so copiously that she lost consciousness and had to have an emergency hysterectomy. As she kept haemorrhaging, more blood was pumped into her, and bled out of her, than her body could carry. It took a long time for the situation to stabilise and she only just survived the crisis.


The event altered her life in many ways – not only in terms of the long recovery from the physical danger, but also in terms of the way Caroline Barron saw herself. Despite having a stable home with a caring husband and two healthy young daughters, she went through periods of deep depression and of behaving in erratic ways, losing her temper and, later in her story, forgetting things. The situation worsened years after the first medical crisis when she experienced severe pain in her back and underwent an operation for a pinched nerve.


Was there something genetically wrong with her? And if so, had she inherited this defect from her forebears? But she did not know who all her forebears were. Years before her father, David Barley, had died of a heart attack when he was only fifty. Her mother had already told her that her father had been adopted, but she did not know who her biological paternal grandparents were. So she set out searching in archives and seeking out people who might know. She discovered that her biological grandmother, Linette, had given her father away to adoption when she was eighteen. Linette had apparently then lived a turbulent and promiscuous life and had later committed suicide. Medical records revealed she had a tumour in her frontal lobe. Writing throughout in the present tense, Caroline Barron says:  “I begin to wonder if some of Linette’s traits have hurled themselves down the generations to Dad and me.” (p.48) She began to feel weighted down by this information, and re-considered how much control she had over her own life – indeed how much control any of us have over our own lives – in the face of our genetic inheritance:


“When I stand back I can see, logically, how circumstance and trauma impacted on Linette’s life – the root, perhaps, of the depression for which she’d begun taking pills, surely exacerbated by the unknown tumour in her brain. But where does that leave choice? Where does that leave a person’s decency, their knowledge of what is good and right? If I’m truthful, the more I find out about Linette, the more undone I become. If that was Linette, and there is a quarter of her in me, what does that make me?” (p.52) 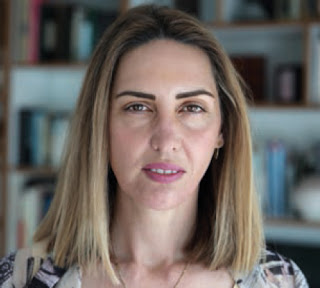 When she further searches her father’s genealogy, matters become even bleaker. Her biological grandfather, Montague Stanaway, the man who seduced her unmarried biological grandmother, also led a turbulent life. When he died, Monty Stanaway was serving time in Mt. Eden jail for a vicious assault. The cause of his death was a congenital heart problem and, like Caroline Barron’s father, he had died relatively young. Barron feels some sympathy for this unhappy and bullying man, because he had clearly gone through a very rough time as a soldier in the Second World War, and may have been suffering a variety of long-term Post Traumatic Stress Disorder (PTSD). Again, he had a medical condition which she might have inherited. But there is another matter that interests her when she traces out Monty Stanaway’s ancestry and she comes across a particular name: “I take a breath and sink into my chair. Witaparene Minarapa, I whisper. That’s a Maori name. There is a rippling low in my stomach, as if a river stone has been skimmed across the surface.” (p.56) She has discovered for the first time that she has some Maori ancestry, even if it was four generations away. Witaparene Minarapa was one of her eight great-great-grandmothers.


At certain points in this “Memoir of a Life After Near Death”, Caroline Barron pauses to take stock of the things that have shaken her, both her medical afflictions and the things she has learnt about her forebears. Mourning the death of her best friend Caro, suffering from deep depression, fatigue and a general malaise, she writes: “If someone had asked me at that moment what was wrong, what caused me to be this way, I’d reel off a list, the layers of earth and sand and clay that are burying me: losing a friend; losing a uterus and a piece of my back; nearly bleeding out on the operating table; finding out that in my bloodline there is suicide, brain tumours, heart disease, early death and violence; being Maori but not knowing what the hell to do with that. There are too many things to process so it is easier to remain buried beneath, digging out a pocket of air around my mouth and nose so that I can breathe, but only just.” (p.139) Later she writes: “Suicide, heart disease, violence, a jail sentence, mental illness – all of these, my birth grandparents’ stories, had become laid in tracing paper over my own life. Somehow that external journal had melded with the internal pain and fear I’d been feeling.” (p.165)


Yet this memoir refuses to be a tale of woe. Among other things, Barron is aware that what we are is not only the result of genetic inheritance. In a way, she raises the old conundrum of “nature versus nurture” as she compares her biological grandfather with her adoptive grandfather (i.e. her father’s adoptive father): “I feel around my mind and heart to see how much of Montague’s is inside me, and it makes me uneasy to think this man – this broken veteran, this criminal – is my blood grandfather. I know he’s in me – his genes a drop of cochineal in water – but there is someone else, an antidote, bleaching away the red. It is Grandpa, my lovely Grandpa, I think. George Colin Barley. It is he who has influenced me and who is part of the person I have become.” (p.102)


Ripiro Beach also follows her recovery and reconciliation with herself, partly through medical science and partly through finding a new way of looking at life. She finds it a relief to be told that she is suffering from PTSD – that, in effect, all her anxieties and malaise spring from her traumatic experience in the maternity hospital. She finds, and benefits from, a sympathetic therapist. She agonises over whether she should or should not take a course of anti-depressants. She learns te reo and she joins a writing class. Throughout all this, too, there is the support of her husband and of her two young daughters.


In the last third of this memoir, however, it is her search to connect with her distant Maori ancestry and its culture that dominates. This involves finding a bach up north, getting to know Ripiro Beach and the Hokianga Harbour, conversing with local people, and finding whatever traces she can of the life of her great-great-grandmother Witaparene Minarapa by hearing oral histories and searching gravestones.


Ripiro Beach is a sincere, well-written and very savvy memoir. It is her own experience that Caroline Barron is recording, so a reader cannot quarrel with her testimony that she found peace in contemplating nature, in walking Ripiro Beach and in searching out the Maori part of her ancestry, though logic says that only one of her 16 great-great-grandparents was Maori. Presumably the othef 15 were not. Whatever ancestral traces there are in her are overwhlemingly not Maori. Why, then, is this part of her genetic line so important to her? Was it the fact that she had to search for it to discover it in the first place? Or does she connect Maoritanga to a special sort of “spirituality”? I really don’t know, although I do know that I found some of her lyricism in the later parts of this memoir, and some of her spiritual discoveries, a little over-written.


But if I raise this minor criticism, I fully endorse Barron’s sense of perspective.  Before and after her major painful experience, she enjoyed a relatively affluent life (she had run a model-agency and her husband was in advertising) and lived in one of the more desirable parts of Auckland. She is fully aware  that her suffering was neither unique nor the worst that anybody could suffer, but it was real suffering neverthelss. She writes: : “Attaching the PTSD label to my experience legitimised what I had been through. I realise I cannot compare my experience of trauma to that of Montague on the battlefield, or of Holocaust survivors, but it is legitimate, and it almost unmade me in the same way it would have them. Everyone’s pain is valid, but not comparable. Hers over there is no less painful than his, or hjers, or mine. Trauma doesn’t take into consideration your family, or job, or household income.” (p.267)


Well said. And the voice of wisdom from experience.