It is 1970-something. We are all good students and we are protesting at the possibility that a sports team from Rhodesia might tour the country. Our anger is righteous. We know that under Ian Smith, Rhodesia, unilaterally declared independent, is a racially-segregated country. It is attempting to perpetuate the white supremacy of the colonial era, just as its neighbour South Africa is doing. So we are on the side of those who are fighting against the Smith regime. Joshua Nkomo, Robert Mugabe and others. If the true democratic will of the African people is unleashed, it can only be for the good.
Flash forward 30-plus years.
We got our wish – sort of.
Rhodesia disappeared from the map. Smith and his regime vanished into history. And for the best part of 30 years, Robert Mugabe has led the new state of Zimbabwe. 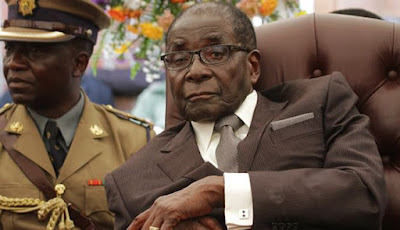 Mugabe has driven it into the ground. He consolidated power by genocidal attacks on tribal enemies. He has destroyed the country’s chief asset – its farming – in the guise of nationalising it. Opposition parties are tolerated to a very limited extent, as Mugabe does go through the regular process of pretending to hold free elections – but then, when the opposition actually won an election, he had to rig things to keep them from power. Government goon squads beat up and intimidate any opposition figures who get too prominent. When he runs short of ideas (which is fairly constantly), Mugabe simply blames his country’s woes on its old colonial masters, who left long ago. Zimbabweans understand what a farce this is. The country’s currency is now worthless (inflation rates are much higher than those in the worst depths of Weimar Germany). Trade is by barter or by using foreign currencies that actually have some value (dollars, yuan etc.). The material standard of living for the country’s citizens is much, much lower than it was under Smith’s white supremacist regime. And human rights are ignored. Zimbabwe is a desperate and impoverished country ruled by an ageing megalomaniac.
So – were we wrong to register our protest all those years ago? Were we, unknowingly, supporting something at least as bad as the thing we were protesting against?
We can multiply this example by reading Martin Meredith’s The State of Africa. It is the woeful chronicle of all the failed states in Africa, dictatorships and kleptocracies, that have come into being in the fifty or sixty years since European colonial powers pulled out. In the wrong hands, the book could become ammunition for those who argue in favour of the old colonialism and who say Africans are not capable of ruling themselves. Meredith definitely does not hold this view, but the story of modern Africa is in part the story of good liberal hopes thwarted, betrayed and destroyed with – in country after country – populations poorer and more degraded than they were under the old regimes.
We can move the argument to another continent.
When the Korean War was fought in the early 1950s, it was fought in Cold War terms. The US and its allies saw themselves as defending the south from Communist aggression (especially when China poured troops in to occupy the north). Left-wingers pointed out that Syngman Rhee, the leader of the south, which the US supported, had slaughtered many civilians to keep himself in power. There were many upheavals in the south (a failed students’ “revolution” with much bloodshed; a military coup and assassinations) before something resembling a functioning democracy emerged. So many left-wingers in the west supported the north in the conflict and believed themselves to be opposing aggressive Western imperialism.
Flash forward half a century. Geographically smaller South Korea (population c.51 million) is a prosperous functioning multi-party democracy, with one of the world’s highest standards of living. Geographically larger North Korea (estimated population about 24 million) is a closed, impoverished, paranoid totalitarian state, different even from those other surviving “communist” countries in its rigid Stalinism, the cult of personality that surrounds its leader Kim Il-Sung and the complete subservience of its people to their overlord. It cannot feed itself and has suffered famine for which it has had to receive international relief, although its leadership never mentioned this fact in its state-controlled media. 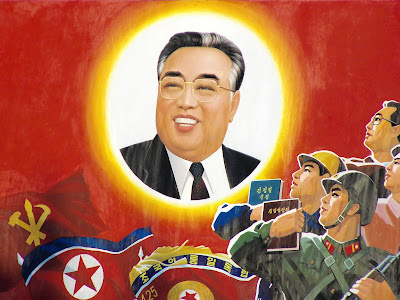 So, were those old lefties in the early 1950s wrong when they criticised Western policy during the Korean War?
I could at this point get side-tracked on the issue of the great delusion that Communism was to many in the West in the mid-twentieth century, but I will stick with my subject.
My point is – do we point to the judgements that people once made and say they were morally wrong in the light of subsequent history? Were we wrong to protest against a white-supremacist regime? Were people wrong to side against American policies in the Korean War?
When I consider this question I think at once of two lines that T.S.Eliot puts into the mouth of Thomas Becket in his Murder in the Cathedral. The first should be emblazoned on the forehead of every historian or would-be prophet. It is:
“history at all times draws /the strangest consequence from remotest cause.”
We simply cannot know how exactly the future will develop, and any political judgements have to be seen in the context of their own times and what was knowable in those times.
Eliot’s second line is an answer that Thomas Becket gives to his accusers:
“You argue by results, as this world does, to settle if an act be good or bad.”
Do we judge the moral rightness or wrongness of things simply by outcomes?
Despite the rise of relativist morality, despite feeble arguments against “moral realism”, some things are intrinsically wrong and others are intrinsically right. Yes, we should think carefully about consequences, but it is simply beyond human capacity to read the future accurately or to foresee all consequences of current events and situations.
White supremacism was (and is) an evil. A dictator who slaughters his own citizens was (and is) an evil.  It was morally right to protest against these things, just as it is morally right now to deplore the regimes of Robert Mugabe and Kim Il-Sung.

Email ThisBlogThis!Share to TwitterShare to FacebookShare to Pinterest
Labels: Something Thoughtful, Strangest Consequence