“THE GREAT WALL OF CHINA AND OTHER PIECES” by Franz Kafka (a selection of Kafka’s stories, translated by Willa and Edwin Muir and first published in 1933) 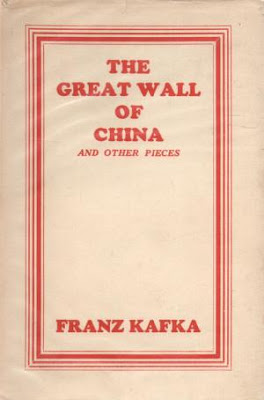 As I have remarked before on this blog (look up the postings on Metamorphosis and The Trial), I long ago came to the conclusion that Franz Kafka  (1883-1924) was better in shorter fiction than he was in his novels, which tend to be repetitive and ill-formed. Obviously their unfinished status at the time Kafka died has something to do with this. But the bright eye of nighmarish satire works best in the concentrated form of the short story.
There’s a problem with the provenance of Kafka’s works, related both to how Max Brod rescued them from oblivion and how they have been presented to us piecemeal over the years.
Kafka was first made available to English-speakers by the huband-and-wife translators Edwin and Willa Muir.
As well as translating all three of Kafa’s longer novels, the Muirs, in the 1930s, twice presented readers with selections of Kafka’s shorter pieces. One such selection was called In the Penal Colony, and consisted of all the shorter pieces that had been published in Kafka’s lifetime. This included a translation of Die Verwandlung, which the Muirs, the first translators of the tale, called The Transformation. Only later did other translators call it Metamorphosis, and subsequent editions of the Muirs’ own translation adopted this title too. 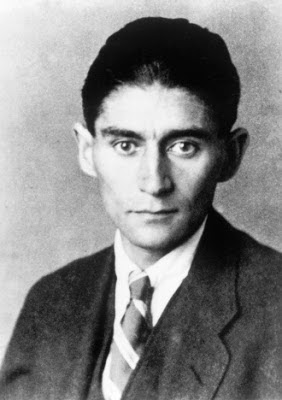 The other volume consisted of shorter pieces that were not published in Kafka’s lifetime – some of them incomplete. This collection the Muirs called The Great Wall of China and Other Pieces. I stick to my view that Metamorphosis is the greatest piece of writing Kafka ever produced. But I found much to attract me to the Great Wall of China volume, if only because of the oddly cheerful tone of the first selection.
“Investigations of a Dog” is certainly the most whimsical long story by Kafka that I have read – almost a light-hearted parody of his more serious tone, as if he could no longer take these questions as seriously as he once did, because he now knew they admitted of no clear or simple answer. In the first person, an old dog recounts his earnest explorations of the nature of the world and of dogdom when he was young. He was scandalised by the sight of dogs dancing to music on their hind legs – and hence exposing obscenely their sexual organs. He is confused by “floating dogs” who live their days on cushions far above the heads of dogs and only ocasionally come down to the level of other dogs. He becomes obsessed with the question of where food comes from, as it seems simply to drop from the sky. So he experiments with starving and not taking food, and hence has the mystical experience that occupies the last page of the story. The story’s irony works in a number of ways: (i) The narrator dog nowhere acknowledges or seems aware of the existence of human beings [who presumably provide the food, train dancing circus dogs and carry about on cushions pampered pug-dogs etc.] This coud be a parody of human beings’ lack of awareness of God; or (ii)The dogs use of “incantations” (i.e, howling) to get their food, and their attempts at a “science” of food, could be a parody of human religion and attempts to explain the universe by rational science. Either way, the narrator dog’s existential bafflement both mirrors and echoes our own.
“The Burrow” is again told in the first-person, but this time, somewhat unnervingly, it is hard to tell if the narrator is human or not – probably human, as there is mention of doors in the construction of his labyrinthine burrow; but there is also mention of waking and feeling the taste of a rat he has killed, like a feral cat or some such. Be all this as it may, the tale as such is simply an account of his burrow and his feelings towards it – its construction; his care to keep its entrances and exits concealed; how he cannot resist feeding off his hidden store of food; where he sleeps; how safe he feels. He contemplates having a companion to serve as watchman, but gives up the idea as being too dangerous. Then gradually he becomes obsessed with small noises he can hear everywhere and continuously through his burrow Are they the souds of a powerful and unseen enemy trying to overcome him?
The impact of reading this story is the impact of hearing the confessions of a paranoid and obsessive mind, centred on finding an impregnable “safe space” and unable to engage with the world. There is also that notion of an unseen and invisible power at work – again, perhaps, one of Kafka’s ambiguous approaches to God.
Says the narrator: “It is comparatively easy to trust anyone if you are supervising him or at least can supervise him; perhaps it is even possible to trust someone at a distance; but completely to trust someone outside the burrow when you are inside the burrow, that is a different world, that, it seems to me, is impossible.” ”
According to Edwin Muir’s introduction, “The Burrow” was written very near the end of Kafka’s life and is almost complete. However it seems that the planned ending was going to have the “invisible enemy” appear, which would have changed the story’s tone considerably. 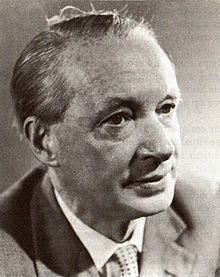 “The Great Wall of China” is a perfect sketch, told by a Chinese – an account of the wall’s construction in discrete sections and hence its method of controlling and separating the workforce. But then there is a reflection on why the wall is being built – clearly it is not to keep out the northern invaders as they would be swallowed up in the vast land anyway. Obviously its real purpose is an eternal condition exceeding the designs of any emperor… there follows the fable [which Kafka wrote separately]  of how long it would take a message from the emperor to reach any countryman. This means that in fact most Chinese don’t know who the current emperor is [“Long-dead emperors are sat on the throne in our villages, and one that only lives in song recently had a proclamation of his read out by the priest before the altar.”] This leads to Kafka’s clearest – and in fact profoundly conservative – political statement when the narrator condones Chinese villages who live “a life that is subject to no contemporary law, and attends only to the exhortations and warnings that come to us from olden times.” Political topicalities are less important than eternal verities. [However, reading a political commentary on Kafka, I discover that this tale can – or should – be read ironically as a condemnation of those who ignore the present.] 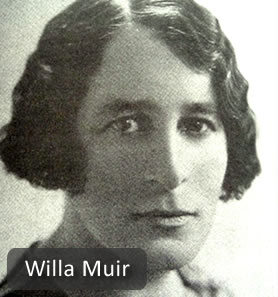 “The Giant Mole”, more clearly than the above, is incomplete. It is apparenty a satire on either science or literary production. The narrator tells of a village schoolmaster who gains brief notoriety for writing a pamphlet on a giant mole he has seen. The narrator, who has not seen the mole, writes his own pamphlet on it. It is ignored or ridiculed. The narrator withdraws his work from circulation. The [very incomplete] story might be about people who write on things sight unseen; or about literary rivalries, in the schoolmaster’s resentment of the narrator’s pamphlet, and the narrator’s residual guilt for writing it At one point the narrator tells the schoolmaster “Often as we listen to some learned discussion we may be under the impression that it is about your discovery, when it is about something quite different, and the next time, we think it is about something else, and not about your discovery at all, it may be about that and that alone.”
The rest of the Muirs’ volume is made up of much shorter pieces – most of them ironical fables of less than one page in length – and then two separate groups of aphorisms. Those gathered under the heading “He” seem to be notes Kafka made to himself in the year 1920. They are more about personal maladjustments than about philosophical questions. Rather more interesting are the aphorisms grouped under the heading “Reflections on Sin, Pain, Hope and the True Way”, which seem to date from 1917-19 and include the following excellent observations.
[38] “Only our concept of Time makes it possible for us to speak of the Day of Judgement by that name; in reality it is a summary court perpetually in session.”
[50] “In the fight between you and the world, back the world.”
[54] “There are questions which we could never get over if we were not delivered from them by the operation of nature.”
I do not think this is the most essential volumes of Kafka’s work, but it is a collection which often shows his less haunted side, even if the power of a malign force sometimes peeps through.
Posted by Nicholas Reid at 9:01 AM

Email ThisBlogThis!Share to TwitterShare to FacebookShare to Pinterest
Labels: Franz Kafka, Something Old, The Great Wall of China