Douglas Murray's The War on the West is a polemic. That means it is a book that argues a case. Such books are always contentious and can stir up feelings in readers of either great approval or great annoyance. My purpose here is simply to present the core of Murray's case, witholding any particular judgement until the end of this review. 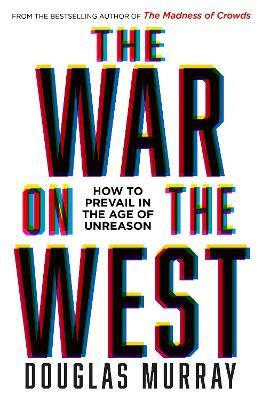 Douglas Murray, often columnist for the English Spectator and frequently seen in podcasts and TV interviews, is damned by his opponents for being “right-wing”. As used by such opponents, “right-wing” means extremist; but it is a very foolish usage. After all, both left- and right-wings have their extremists – Communists and anarchists here; Fascists and racists there. Murray doesn’t fit into these categories so we’ll let the intended slur pass.

In his latest book The War on the West, Murray is not talking about a literal war, but about an all-out assault on the Western (European) cultural heritage – and much of this assault is going on in the West itself. As he sees it, the West is now uniquely damned for its sins while the equally (or sometimes even worse) sins of the rest of the world are ignored. He says “Some unfair ledger has been created. A ledger in which the West is treated by one set of standards and the rest of the world by another. A ledger in which it seems that the West can do no right and the rest of the world can do no wrong. Or do wrong only because we in the West made them do it.” (p.6) In his Introduction he speaks of the suppression of the Western literary canon in many universities, the denigration of the Western tradition and the  - demonstrably untrue – notion the universal human rights first developed somewhere else.

Dealing first (Chapter 1) with race, he notices that in recent years the ideal of racial equality had been undermined by a new rhetoric of race and a demonisation of white people. Hence the emergence of so-called Critical Race Theory and the increasing assertion that “lived experience” is more important than hard evidence – in other words, how one “feels” becomes more important than objective fact. Such an outlook blocks incremental change and even denies that changes for the better have happened. Among other things, Murray shows that after the George Floyd case and the subsequent “Black Lives Matter” movement, repeated surveys showed that Americans vastly over-estimated the extent of police brutality against African-Americans – but their feelings were aroused by the protests and they by-passed statistical evidence. Murray also gives convincing evidence of companies, agencies and (of course and especially) universities having given up all ideas of racial equality and equal rights, and bowing to the new pathologizing of the very fact of being white. What we are seeing here is not a fair balancing of society, but a long programme of revenge.

In an interlude, Murray pauses to note that China has an appalling record with regard to human rights – the genocide committed by Mao was on a far vaster scale even than the historical Anglo and Hispanic suppression of indigenous American tribes; the wholesale suppression of dissent and suppression of ethnic minorities (Tibetans, Uighur Muslims etc.) is ongoing. Yet the Chinese Communist Party is only too delighted to feed off the self-accusations of the West. The American acknowledgement that in past centuries it practised slavery can be used by the CCP to denigrate the USA while ignoring its own great (current and not historical) crimes.

When it comes to history, and the “1619 Project” which preaches that the United States was founded on slavery, Murray argues that the project was written by a journalist, not an historian, the account she produced was largely unhistorical and was easily debunked by real historians. When her many errors of fact were pointed out, the New York Times, which sponsored the programme, surreptitiously removed some of the more egregiously inaccurate things they had originally published, but did not withdraw the project. Murray goes on to note that while Western (American and European) civilisation is strongly criticised, there is very little evidence that its strongest critics want to revert to a non-Western way of life. He notes that one of the earliest and most influential anti-colonial critics, Frantz Fanon (1925-1961), a West Indian psychiatrist, had no interest in reverting to tribal and traditional African customs, but proposed bettering the world via Marxist revolution – in other words, taking the lead from a European philosopher. Edward Said was one of the first to condemn “Orientalism”, generalised Western visitors and scholars as seeing things only through a “western lens” (as if they could do anything else) and ignored their work in archaeology and in preserving Asian and other eastern languages that were in danger of dying. It is true that Westerners in the orient committed many crimes and follies, but the many positive things they did are given no credit. There is no nuance in Said's condemnations. 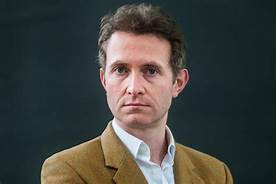 Most prominently, naturally, Murray deals with slavery, for the three centuries in which Europeans traded in, and profited by, slavery is one the chief criticisms aimed at the West. Be it noted that Murray does not skirt over or deny this historical reality. But he does point out that slave trading among Africans was practised for many more centuries than the European slave trade; and the Ottoman-Islamic slave trade was on a far greater scale than the European slave trade. Not only that, but the Ottoman Turks castrated all their male slaves to prevent them from breeding. Saying this is not a tu quoque argument (an argument that says our crimes are pardonable because others have committed crimes too.). Murray is simply noting that no nation has an unblemished historical record… yet currently, only the Western historical record is widely chastised.

In another interlude, he addresses a matter which has been mooted in the United States. This is the idea that reparations should be paid to the descendants of slaves. He argues that (1.) the call is for reparations for things that happened long ago, which means no living person can be called responsible; and (2) it would be impossible, in the United States, to decide who should pay reparations – what of all those European immigrants who came to the USA long after slavery was abolished? What of people whose ancestors fought for the Union Army against the slave states? (And what of the British navy which spent about 40 years suppressing the slave trade?) Again Murray notes that no non-Western country has been asked to pay reparations for genocide or slavery, regardless of their records in these matters.

In a chapter called “Religion” Murray posits that a new religion is the cult of anti-racism, which among other things means rejecting Christianity and seeing it as inferior to other global religions. (Murray himself is an atheist.) With this comes a growing ignorance of ancient Greek philosophy and learning, and of Judaism as well as Christianity. Along with all this there is also a contempt directed at major Enlightenment figures (Locke, Kant, Hume, Mill). Usually these figures are damned for one or two passing racist things they said in the course of a whole life's work. Cheekily, Murray is able to prove – and quote – the very many racist things Karl Marx said in letters and some publications – far more than the Enlightenment philosopers said -  but for some curious reason Marx doesn’t ever get cancelled (nor does the postmodernist Michel Foucault, despite his rampant paedophilia). Murray sees the rejection of Western philosophy and the Enlightenment as ushering in the idea of “my truth” – that is, emotional subjectivism which by-passes objective and empirical truth. Murray also blasts the influence of Jean-Jacques Rousseau, who ushered in the idea of the “noble savage” whose culture was seen as superior to Western mores. This whole concept was, inevitably, built on ignorance, given that neither Rousseau nor his followers had ever experienced the cultures they praised.

In his later chapters, Murray blasts many Christian denominations – but especially the Church of England and American Episcopalians – for bowing down to "woke" concepts. He speaks of the subversion of the traditional humanities in university departments and he notes, with justifiable disgust, attempts to “de-colonise” the sciences and to shut down many cultural endeavours as “cultural appropriation”.

I have presented Douglas Murray’s ideas in a very scatter-shot way, and you have possibly come to the conclusion that he has merely produced a conservative rant. You might also be wondering if, quite apart from the issue of slavery, he hasn’t downplayed the evils of Western colonialism, the exploitation of resources taken from colonised countries, and the suppression of some cultures. You might be right if you suspect this, and you might note how often Murray appears to conflate the West with the United States of America, as if he is addressing an American audience. Even so, his essential argument does stand. The West (Europe and countries now largely populated by the descendants of Europeans) is repeatedly condemned for its historical sins, while countries which have committed as great or even greater sins are very rarely criticised by those who condemn the West. Murray does present much good evidence for this concept.

This book will be most read most eagerly by those who already agree with the polemicist's view of the world; and it will possibly be sneered at by those who don't agree with his views. On the whole, I think Murray makes a strong case.

Email ThisBlogThis!Share to TwitterShare to FacebookShare to Pinterest
Labels: Douglas Murray, Something New, The War on the West