BOHEMIA ITSELF IS NOT POETRY 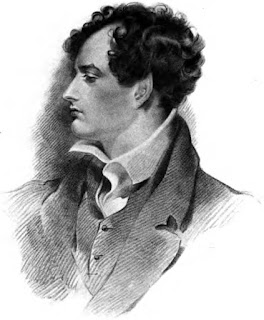 You and Lord Byron have just spent the night trawling through the brothels (male and female) of Venice. The dawn is breaking and you are now feeling the impact of all the alcohol you have drunk. Byron is a poet, so with alcohol affecting your head and music in your ears and some half-remembered experiences of groping and fumbling and the gondola rocking, you tell yourself that you are living poetry. Not that you’ve written or read or heard any poetry tonight and not that your club-footed friend has shared any, but just because… well… this is experience, isn’t it? So who needs words? Poetry is life, isn’t it? 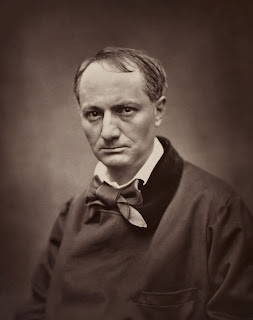 You and Baudelaire are staggering through early morning Paris with the sun shouting down alleys. He is strutting in that odd way he does when he’s had opium. He thinks he’s as tall as a church tower. You yourself are both high and louche – opium and Chablis are a heady mix. Such thoughts float through your head. Such menacing and intoxicating rhythms. “Epatez la bourgeoisie!” you yelp. You are filled with such ideas, such images. Baudelaire will go home and write his ideas down, and when he wakes, and after he has asked his mother for more money, he will work at his ideas and craft them and turn them into poems. You yourself don’t write poems, but you have lived poetry, haven’t you? 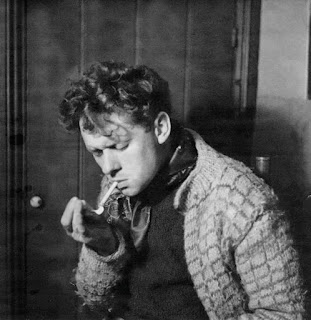 You’ve just been pissing up large with Dylan Thomas in Swansea or London or maybe New York in his last days. Boy can that boyo knock them back! And God what sly skill he has in scrounging money for the next one! But is his bar-room chatter and raconteurship his poetry? His pisshead wife says that her pisshead husband actually spends hour and hours in the boatshed at Laugharne, “rehashing his adolescence”, but also labouring over just one line to get it right. Maybe that’s why, in about 23 years as a poet, he doesn’t write all that much, and what he does write is mainly written when he is very young. But you’ve been in his company and you’ve pissed up large with him, so that makes you a poet too, doesn’t it?
You will note, cunning and perceptive reader, that each of the preceding three paragraphs ends with a rhetorical question.
And the implied answer to each rhetorical question is
No!
No!
No!
Recently, in the midst of one of those prolonged and rather pointless Facebook “controversies” (i.e. increasingly hysterical trading of insults), I saw somebody declare that “Poetry is a life-style, an attitude, a being. There are no exclusions.”
Wrong! Wrong! Wrong! on quite a few counts. Poetry might be associated with these things. Obviously every poet lives in his or her own way (I dislike the American yuppie term “lifestyle”), every poet has a raft of attitudes, and as to being  - well I assume that poets actually exist. But people who have nothing to do with poetry also have “a life-style, an attitude, a being”. Unless this Facebook polemicist is going to get prescriptive and say that poetry is associated with a particular sort of “life-style… attitude… being” then the statement becomes meaningless.
Poetry in the end is words and how skilfully or meaningfully or rousingly or feelingly or perceptively they are written and used. Just as there is no music without sounds, so is there no poetry without words. How we live our lives will, if we are poets, have a lot to do with the type of poems we produce. But it is the producing of poems themselves that makes us poets – not the lives we live.
Increasingly (and especially in the realms of performance poetry, pub poetry and poetry slams) I find the “life” being confused with the “work”. << I have been to a performance, knocked back a few, got high and enjoyed myself …. therefore I have lived poetry. I have entered into and experienced poetry by being with my Bohemian mates. >>
Since at least the Romantic era, there has been the increasing tendency to see the way a poet lived his (or her) life as being as important as – or even more important than – the poetry that he or she produced. Hence my scenarios about Byron, Baudelaire and Thomas. The template of a poet is as a rebel, or sexual adventurer, or prodigious imbiber of alcohol or drugs, giving two fingers (or one finger) to respectable society. I suspect this is what fuels the idea of poetry as “life-style… attitude… being”. You get this attitude towards Allen Ginsberg and the Beats or James K.Baxter or Sam Hunt – often recognition and adulation from people who haven’t read a word any of these people have written. 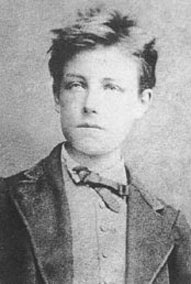 Biggest victim of this approach has to be teenage poet Arthur Rimbaud. What a tidal wave of memoirs, biographies, plays, films, and documentaries about his life there has been! What is being admired is the runaway from respectability; the boy who walks the railway tracks from Paris; the legend of the scruffy kid who wows older male poets and cohabits with one of them; the social rebel and outcast. All of which leaves out a number of obvious points. (a.) Rimbaud’s volte-face into respectability after teenagerdom was over; (b.) the fact that thousands of other kids have been finger-waving “rebels” without being poets; and therefore – logically (c.) the fact that the only thing distinguishing Rimbaud from a horde of others is that he wrote poems.
And how many of his soi-disant admirers actually read his poetry? Seriously, now – have you read Le Bateau Ivre or Illuminations or Une Saison en Enfer? [Even more thorny – have you read them in French? Okay – a good translation can be interesting, but let’s not pretend it’s the original poems.] There are some genuine admirers of the poetry of this kid with an adult intelligence but a teenage sensibility. More widespread, however, is an endorsement of the life rather than the work.
Poetry is not a good raucous night at the pub or café, though poetry may be found there. Poetry is not humming and dancing, though I’m sure these things can be interesting performances. Poetry is words skilfully deployed.
As for what distinguishes “good” from “bad” poetry, that is a sermon for another day.
Posted by Nicholas Reid at 9:00 AM

Email ThisBlogThis!Share to TwitterShare to FacebookShare to Pinterest
Labels: Bohemia Itself Is Not Poetry, Something Thoughtful