Nicholas Reid reflects in essay form on general matters and ideas related to literature, history, popular culture and the arts, or just life in general. You are free to agree or disagree with him.
MY REPREHENSIBLE SCHADENFREUDE


Long before the German term “Schadenfreude” became current,  La Rochefoucault wrote in his Maximes << Dans l’adversite de nos meilleurs amis, nous trouvons toujours quelque chose qui ne nous deplait pas.>> “In the misfortunes of our best friends, we always find something that does not displease us”. You are not in primary school, so I do not need to explain to you what Schadenfreude is, but I do like to demonstrate that this very human impulse was noted long before the term itself was used.


At my age, I find I am frequently enjoying a special sort of Schadenfreude.  More and more the type which I harbour does not have to do directly with the misfortunes of others. More and more it has to do with the delusions of others, as revealed by the passage of time. I find myself laughing at chickens coming home to roost. Laughing as I see the obvious consequences of ideas that were once fashionable. Perhaps this form of Schadenfreude is simply a function of aging and having had more experience.


My most shameful and puerile form of Schadenfreude relates to feminism  – a very general term, I know, but comprehensible to you nevertheless. How eager second-wave feminists were, when I was a lad in the 1960s and 1970s, to tell us that a new day of gender equity was dawning, the voices of women were being heard and society was going to be changed massively. I don’t disagree with any of this, except to note that society did not necessarily change in the way the feminists of those times suggested. When they decried traditional gender roles as mere social constructs, they opened the way for others to argue that the notion of gender itself was a mere social construct. There is, goes the new orthodoxy in some quarters, no such thing as hard-wired, biologically-based, male and female genders. 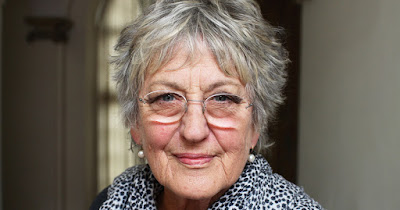 So we now have an old feminist warrior like Germaine Greer getting “de-platformed” by younger university zealots for saying that she does not consider “trans-gender women”  to be “real women”.  Second- and some third-wave feminists identified the enemy as those people with penises. They are now decried for daring to think in “binary” terms.


So the gender wars go on – yesterday’s radicals now dismissed as bigots by a new orthodoxy.


And on the sidelines I snigger and sometimes guffaw at the spectacle of old zealotry at war with new. Sweet Schadenfreude.


The much sweeter Schadenfreude, the one related to a topic in which I am better versed, has to do with quite a different matter.


When I was tutoring and lecturing in History a few years ago, it was becoming fashionable for some young historians to say that all history, as it had been written up to that point, was simply a fabrication on the same level as works of fiction. After all, all history was written from a particular point of view and all evidence utilised by historians was merely a selection of the total evidence available. Therefore it was not really evidence, but simply a means of supporting pre-conceived arguments. Instead of history, what we were reading were mere “narratives”.


What I am referring to here is the postmodernist approach to history – and typically, postmodernists had no way of resolving the “problem” they thought they had diagnosed. They were, in effect, negating the whole concept of academic history, and replacing it with subjectivism. One proselytiser following this path told a lecture-room-ful of students that such apparatus as footnotes, bibliographies and cross-referencing were mere sleight of hand deployed by older historians to make subjective fictions look authoritative. She became somewhat annoyed when I asked whether postmodernist historians also used footnotes, bibliographies and cross-referencing, and she had to answer in the affirmative.


Like many wrong theories, the postmodernist view of history has an element of truth to it. Historians do indeed write in their own style and from their own perspective, and often they reflect the assumptions of their own age, sex, social class, ethnicity and belief system. Good historians will overtly declare their biases and compensate for them. But to note this obvious truism is not to say that there is no such thing as objective history and objective historical facts. You will get a real grasp of history only if you are prepared to read different books on the same events written from many different points of view, and then weigh up the evidence (preferably with the help of primary sources) to judge which explanations of events are the most plausible. Of course material facts can be manipulated. Of course material facts can be used selectively to create a dishonest argument. Of course some uncertainties about the truth will still remain, and there is no such thing as “final history” in which all questions are answered. Even so, it is an objective and verifiable truth that honest historians are seeking. As the Marxist historian Eric Hobsbawm, despite his own ideological bias, put it: “The fact that a mountain can be viewed from thousands of pespectives does not mean that the mountain doesn’t exist”.


Yet all this the postmodernists denied and still deny. There are no objective facts. There is no history upon which we can agree. There are only subjective “narratives”. And (though this is hardly ever articulated by postmodernists), the logical consequence of this theory is that one narrative is as good as another – after all, there is nothing objective to measure a narrative against.


I will illustrate the problem with an anecdote. At a History Department gathering, I met a postmodernist theorist who has just published a book on the nature of history. When I asked him what the nature of history was, as expounded in his book, he proceeded to give postmodernist theory very much as I have outlined it above. “But what about the material facts of history?” I asked him. His clincher reply was “Yes, but what is a fact?” Obviously for him, historical facts were merely agreed fictions. So I decided to ramp it up a little. “Okay,” I said “if you believe that, what arguments would you have to refute somebody who said that the Nazis never committed genocide – I mean Holocaust-deniers who say it was all a big hoax?”


He paused for a moment before giving his brilliant response: “Well I’d say there are a lot of silly people in the world.”


I agree that there are indeed many silly people in the world – postmodernist historians among them – but this answer was so inadequate that I decided to break off our colloquy and headed for the wine and cheese and more congenial company.


Think about it for a moment. You are refuting a conspiracy theorist or Holocaust-denier. Surely you would refer to the mass of evidence, the relevant documents, the surviving remnants of death camps, not to mention the copious recorded testimony of both survivors and perpetrators in sound archives and films and memoirs. In other words, you would produce material evidence in the established way, right? But apparently not. According to the postmodernist, you would simply point to the conspiracy theorist and say : “You’re just being silly.”


That would definitively answer all questions, wouldn’t it?


By this stage you are either (a.) asleep; or (b.) asking what this has got to do with Schadenfreude.


Simply this. Quite a while ago, I concluded that postmodernist thinking led to a world in which truth was irrelevant because the idea of objective and demonstrable truth was denied. My narrative is as good as your narrative and any assertions about truth and falsehood are specious. I further concluded that this was one of the foundations of the “post-truth” world.


And here comes the Schadenfreude.


Only recently, a few people have come to realise the connection. Here’s Donald Trump labelling as “fake news” anything he disagrees with or anything that makes him uncomfortable. Surely he should be hailed as a great exponent of postmodernism, right? After all, there is no objective truth, is there? My  narrative is as good as your’s, so who can say I am wrong when I label news as “fake news”?


If you are going to reply to these questions by referring to material and objective facts then you are implicitily (bless you!) ditching postmodernism, in which everything is subjective. 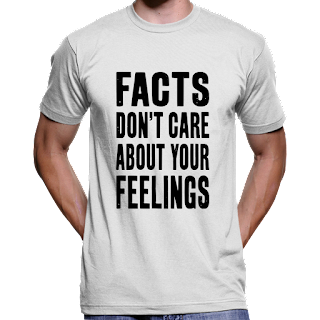 I know that these arguments can be reduced to slogans in the toxic atmosphere that apprently prevails on some American campuses. “Facts don’t care about your feelings”, says one campus t-shirt slogan (= bastardised objectivity)  “My experience is more important than your facts” counters another popular campus slogan (= bastardised subjectivity). I am not a reductionist, so I do not approve of boiling complex arguments down to slogans.


But I do believe in having a good laugh. So I laughed heartily when, in  a couple of recent articles lamenting the Trump phenomenon and published in the NZ Listener, an American commentator tentatively suggested that the contempt for facts practised by Trump and his allies is in part an offshoot of postmodernism’s contempt for objective truth.


“So the hacks are catching up with what I could already have told them, “ I thought smugly.


And the tears of joyful Schadenfreude rolled down my cheeks.
Posted by Nicholas Reid at 9:00 AM

Email ThisBlogThis!Share to TwitterShare to FacebookShare to Pinterest
Labels: My Reprehensible Schadenfreude, Something Thoughtful