THE RIGHT SIDE OF HISTORY


If “starting a conversation” has become a little threadbare and transparent, there is now another, equally iniquitous, phrase which seems to be taking its place. It’s the one about being on “the right side of history”. I have heard this slogan being used whenever there is a very contentious issue. While pushing for relaxed abortion laws, sloganeers declare “we must be on the right side of history” – meaning “we must support this change because it will be majority opinion in a few years, and we don’t want to be left out, do we?” Most recently, a television interview with one of the leaders of the Ihumatao protest in South Auckland had her declaring that to follow her cause was to be “on the right side of history”. (NB – I am disputing the use of this phrase – not of the rights and wrongs of her cause, on which I am not qualified to comment.)


Why do I find this phrase and its use objectionable?


First, if “the right side of history” means “the direction in which history is heading”, it is a fatuous phrase because we can never really know where history is taking us. At best we can make an informed guess, which may well prove to be wrong. As an historian, I have often quoted T. S. Eliot’s statement, put in the mouth of Thomas Becket at the end of Part One of Murder in the Cathedral, that “history at all times draws / The strangest consequence from remotest cause.” In other words, we can’t be sure where history is going, and outcomes in history can be produced by things of which we, in our own era, are completely unaware. I have also often quoted the four lines which begin Allen Curnow’s sonnet “Sailing or Drowning”: “In terms of some green myth, sailing or drowning, / Each day makes clear a statement to the next; / But to make out tomorrow from its motives / Is pure guessing, yesterday’s were so mixed.” Only in a “green myth” – that is, an immature fiction – can we imagine that what happens today announces clearly what is going to happen tomorrow; besides there are so many different opinions and factors in every era (“motives… yesterday’s were so mixed”) that we can never know which will prevail. If you wish to verify what I have just said, study the history of confident predictions, made by apparently informed people, which did not materialise. Study also the history of confident majority opinions which we have discarded. Current trends do not necessarily tell us the future.


Second, even in the unlikely case that we are right about “the direction in which history is heading”, an appeal to “the right side of history” is essentially an immoral appeal. How dare I say this? Because the appeal to an overwhleming and inevitable trend is really telling us that a (current) majority opinion is always the right one. In effect, you are foolish to stand up for your own values, even ones that you have come to after long and well-informed consideration, because you are in a minority. Need I point out how often in history the majority opinion has proven to be (ethically, morally and in every other way) the wrong one? 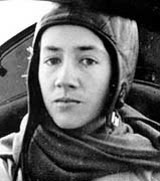 When I think of the phrase “the right side of history”, I immediately think of a phrase with a similar meaning, “the wave of the future”. I used to think that this phrase was made up by the Nazis, especially as it has been associated with them in  retrospective histories. The Nazis did speak of their “New Order” (“Neuordnung”), meaning something simlar – the inevitable future as we predict it. But the phrase “wave of the future” was not their’s. It was popularised by a pamphlet called The Wave of the Future written by Anne Morrow Lindbergh, the wife of Charles Lindbergh, in 1940. Like her husband, Anne Morrow Lindbergh was opposed to America’s becoming involved in Europe’s war and they both became spokespeople for the “America First” isolationist movement. Because Anne Morrow Lindbergh was a talented, and sometimes poetic, writer, there have been attempts to interpret her pamphlet as a noble call for peace. But this misses what she was really saying. Like her husband, Anne was a great admirer of Nazi power and strength, and in her pamphlet she wrote: “They have felt the wave of the future and they have leaped on it. The evils that we deplore in their systems are not in themselves the future. They are the scum on the wave of the future.” In other words, don’t worry about the messy and disturbing things you hear about totalitarian regimes. They’re just unpleasant realities – these people (Stalin, Hitler et al.) are going where history is going, so just sit back and watch it happen. This is the “right side of history” appeal in its most naked form.


To accept the “right side of history” argument is to abandon any considered morality of your own, to yield to majority pressure, no matter how wrong it may be, and to believe in something unprovable and likely to be factually wrong. It is simply telling you to join a big gang because it is a big gang. It should be a mere irrelevance to the matter of formulating your own views.
Posted by Nicholas Reid at 9:00 AM

Email ThisBlogThis!Share to TwitterShare to FacebookShare to Pinterest
Labels: Something Thoughtful, The Right Side of History