Many years ago, I heard a whimsical fellow on the radio declare that he had a watertight scheme to prevent himself from getting too upset about current affairs. He subscribed to a daily newspaper, but he would never read any issue until two weeks after it had been delivered. Then he could rest easy about the crises and upheavals, which were trumpeted on the front page. Usually, they had already blown over and had proven to be of no great moment a mere two weeks later.


It’s just a matter of perspective. What appears to be extremely important while it is happening proves, upon later reflection, to be of little account and no lasting significance. And often, when we are absorbing in such small beer, we miss the really important stuff.


I had a good lesson in this phenomenon a couple of weeks back when I watched two contrasting documentaries on Netflix.


One was a rather unsatisfactory and (as far as political substance was concerned) shallow piece called The Best of Enemies. It was about the series of ten television “debates” that were staged in 1968 by the ABC network between William F.Buckley and Gore Vidal. I put the word “debates” in inverted commas for the obvious reason that little real debating took place. Buckley the conservative commentator, and Vidal, the “libertarian liberal”, spent most of their time insulting each other and trading witticisms what sounded both arch and rehearsed. They were supposedly there to provide opposing political comment on the Republican and Democrat parties’ conventions, which were busily choosing their presidential candidates. Down in Florida, the Republican Party decided on Richard Nixon without much fuss. Up in Chicago, the Democrat convention (which chose the bland Hubert Humphrey) was overshadowed by a city-wide riot as police rough handled anti-war protesters who were shouting “The whole world’s watching!” as they spotted the television cameras. This was the “siege of Chicago” that was written up in a number of breathless reportages (I still give shelf-space to Norman Mailer’s Miami and the Siege of Chicago, published in 1968). It was played out against the backdrop of the continuing Vietnam War. 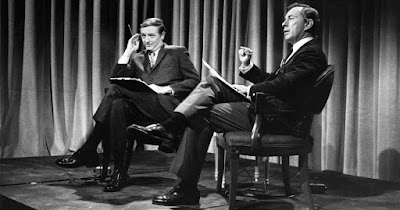 The Best of Enemies was such a superficial thing, however, that it skipped the real issues of the day and concentrated on the personal enmity of the two “debaters”. As far as the film was concerned, the punch line [pun intended] of the debates was when Vidal called Buckley a “crypto-Nazi” and in reply Buckley lost his temper and called Vidal a “queer” and threatened to punch his face in. My own impression was that both men were equally smug and self-satisfied, with Buckley a little more boorish than Vidal (but not much), and Vidal a little more suave that Buckley (but not much). Their affected voices and mutual pettiness were not things to enlighten or inspire anyone, apart from those who think being snide is wit. Perhaps the fade-out of the film was right in suggesting that their exchanges were really the template for the new school of mutual shouting, screeching and insult that now passes for current affairs debate on television.


But here was the interesting thing. Ignoring the fact (never mentioned in the film) that both Democrat and Republican candidates were equally hawkish about the Vietnam War, the film showed Gore Vidal excoriating Richard Nixon as an extreme right-winger who would ruin the nation and lead it to financial and social ruin. Nixon already had the reputation as “Tricky Dick”, although all this was years before the Watergate Affair that really destroyed his reputation. 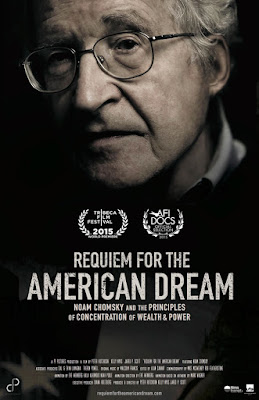 Now for the irony of all this, and the proof of how necessary a long perspective is. A few nights earlier, I had watched Requiem for the American Dream, a sort of primer of the basic political thought of Noam Chomsky. Many people had urged me to watch this because they found Chomsky’s ideas provocative and interesting. So do I (Chomsky is a commentator always worth listening to), but this particular film struck me as basically a compression of things that Chomsky has said elsewhere, and in more documented detail, in such documentaries as Manufacturing Consent. Even so, it was a good primer.


Having excoriated the neo-liberalism that has eaten away at America’s wellbeing for the last 30+ years, Chomsky mentioned Richard Nixon as “the last New Deal President”  - that is, as the last president who operated under the assumption that social welfare was desirable, that a large tax-take should underwrite public services and that it was good for wealth not to be concentrated in too few hands. Some of his social policies might have been conservative, and his rhetoric was conservative, but in real terms welfare benefits were increased under his presidency more than they had under the two Democrat presidents who preceded him. None of this absolves him from his unlovely personality, the disgrace of the Watergate Affair with all his “expletives deleted” and so forth – but it is still the hard economic fact of his presidency. Further, declared Chomsky, all American presidents since Nixon, whether Republican (Reagan, Bush senior, Bush junior) or Democrat (Carter, Clinton, Obama) had ploughed ahead with what amounted to an anti-New Deal, anti-welfare state, programme, for all their vacuous slogans about “new hope” and “vision”.


Considering the two films side by side, I though how ironical it was that a very left-wing commentator was able to take this long view of a conservative Republican president. It certainly put into perspective the chitterings of two preening peacocks, which the other film recorded. Inasmuch as they were debating anything, Buckley and Vidal were debating the immediate, grubby and ephemeral workings of politics. The long view that Vidal claimed to see was nothing more than an extension of those immediate workings. Neither he nor Buckley really foresaw what was significant in America’s future, although Buckley was to be one of those who applauded the onset of neo-liberalism.


In comparison with the long-term process Chomsky outlined, how utterly trivial, how completely missing the main point, seem the dated squabbling of two men who thought too highly of themselves.

All readers of this blog are most welcome to attend the launch of Nicholas Reid’s second collection of poetry, Mirror World.
It is being launched at the Gus Fisher Gallery – top of Shortland Street, Auckland – on the evening of Thursday 14 July.
Be there for drink and nibbles at 6pm with the formal part of the launch at 6:30.
Dr Iain Sharp will act as MC and a good time will be had by all. 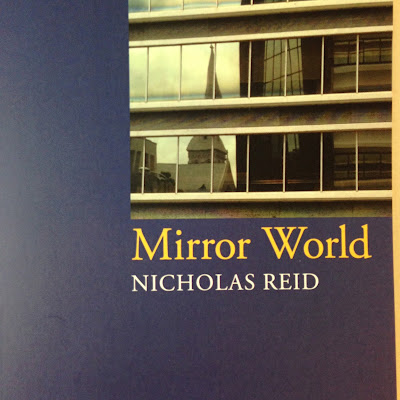 Email ThisBlogThis!Share to TwitterShare to FacebookShare to Pinterest
Labels: Something Thoughtful, Time's Ironies