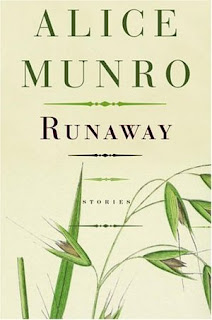 A good book by one woman leads me to recall a very good book by another. This is part of the liberal conscience that sometimes pesters me and reminds me that I shouldn’t overload this blog with male writers only. On the other hand, I would never be so patronising as to recommend a second-rate book by a woman simply because it was by a woman. And the book I am recommending here is not second-rate. It is the type of book you should search out in your library, borrow, re-new and re-new again so that you can savour slowly its stories and their skills.
A little bit of background. A couple of years ago I was commissioned to interview the New Zealand novelist and short-story writer Charlotte Grimshaw for a book of author-interviews called Words Chosen Carefully (edited by Siobhan Harvey, Cape Catley publishers 2010). Charlotte has a number of times used the interesting form of linked short stories – that is, short stories which are complete in themselves, but in which there are characters who recur in other stories, so that the significance of each story sometimes shifts subtly once one has read the whole collection. Among much else, I asked her what her influences were. One name that kept coming up was Alice Munro.
I hastened to acquaint myself with Munro’s work.
This fact will at once condemn me as an ignoramus in some readers’ eyes, as I should have known who Alice Munro was in the first place. As I now know, she is one of Canada’s most distinguished authors and certainly Canada’s best-known writer of short stories -  a Booker Prize-winner and sometimes suggested as a possible for the Nobel Prize.
She was born in 1931 in Southwestern Ontario, where many of her tales are set, so she turned eighty this year. Stories of family, love, personal relationships and work are her forte, often with a melancholic overlay. She is rarely as overtly political or as concerned to make social comment as my favourite late 20th century woman writer, the South African Nadine Gordimer. Munro fits distantly into the literary pedigree of Joyce, Chekhov and Mansfield. In her earlier work, she was concerned with the moment when the truth is made clear, the Joycean ‘epiphany’. But as she has grown older, her characters have typically grown older too, and her stories now tend to concern the middle-aged and the elderly. These are people who realize, as Munro herself does, that the truth about an event can sometimes emerge only long after the event itself – maybe even years. When and if they are ‘epiphanies’, they are very delayed ones.
First published in 2004, when Munro was in her seventies, Runaway is the most impressive of the Munro collections I’ve read. It comprises eight stories (five of them first published in the New Yorker) all of which have single-word titles – ‘Runaway’, ‘Chance”, ‘Soon’, ‘Silence’, ‘Passion’, ‘Trespasses’. ‘Tricks’ and ‘Power’. All these stories stand on their own feet, but three are linked by their characters (a possible influence on Charlotte Grimshaw’s technique in her collections Opportunity and Singularity).
One of the stories, ‘Tricks’, has what amounts to a sting-in-the-tale, but it is the long psychological effect of this twist that concerns us, not the twist itself. The concluding story ‘Power’ concerns in part a woman who claims psychic powers, and is the most demanding for readers. We are soon aware that it is being filtered through two very unreliable narrators and our grasp of the ‘truth’ is very tenuous indeed.
I will not trouble you with a set of plot summaries. You will more-or-less understand the territory Munro inhabits if I simply list the situations that serve as premise to some of the stories: A woman misjudging the status of somebody else’s marriage. A mother losing her adult daughter to a cult. A young woman misreading a situation and hence failing to connect with the man she could have loved. A biological mother mistaking a girl for the child she gave up for adoption. A woman attempting to manipulate other peoples’ lives and seeing them go wrong anyway.
As you can see, Munro’s protagonists are always women, the voice is third-person and omniscient, and usually the theme is loss or some emotional connection not made.
Munro favours an elliptical structure. A number of stories set up a “present-day” situation, then explore the background and genesis of this situation (sometimes from years before)  before returning to the “present”. I am reminded of Shakespeare’s  The Winter’s Tale where, notoriously, sixteen years pass between Acts Three and Four  and the play’s denouement depends on characters being much older and wiser than they were at the beginning, and seeing their actions in earlier Acts from a more  mature perspective. This trick is hard to pull off on stage, but it can be done within the conventions of a longish short story. What Munro conveys, in effect, is the long, slow burn of lived experience.
I must warn that these are Canadian stories in many senses. They often play out in large, empty, cold landscapes. There is room for people to be isolated in small provincial settings and to brood about themselves. But if this sounds a little forbidding, the sheer craft of Munro’s telling makes them a pleasure to read.
Don’t hurry as you read them. Savour each phrase, each perception, each deft ironical shift.
Posted by Nicholas Reid at 9:01 AM