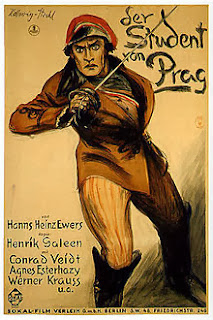 WHO IS THIS GHOST WHO WALKS BESIDE ME?


I was reading a copy of Stephen Oliver’s excellent book-length poem Intercolonial, which I was reviewing for Poetry New Zealand, when I looked at the pre-publication commendations of the work that filled the back cover. And I saw my name there. Nicholas Reid was saying what a wonderful work this poem was.


That same week, I was reading Damien Wilkins’ entertaining novel Max Gate, which I was reviewing for Landfall Review-on-Line. On the pre-title page were printed commendations of Wilkins’ earlier works by various reviewers. There was Nicholas Reid saying how good Wilkins’ novel Somebody Loves Us All is.


Allow me to explain, as this confusion has arisen before.


If I choose to be pompous (which is often enough), I am entitled to sign myself Dr Nicholas Reid, MA, MTheol, PhD. My BA was a double major in English and French literature. My MA was in English. My BTheol was a double major in the Hebrew Bible and in Church History. My MTheol was in Church History. My doctorate was in History. All my degrees were conferred by the University of Auckland (except for the BTheol, which came from Melbourne). I’m the author of three biographies, two general histories, a book of film criticism, a couple of volumes of poetry and various bits and pieces. I’d give you all the details, except that this whole exercise is already irritating you by its rampant egotism. I have never held a tenured academic position although I have four times had short-term lectureships in various New Zealand universities.


Confusingly, the “other” Nicholas Reid (no relation of mine), whom I believe to be some years younger than me, is also entitled to sign himself Dr Nicholas Reid, MA, PhD. I believe he is also a graduate of Auckland, but this may not be the case. Unlike me, he has a distinguished academic career. He was a senior lecturer at the University of Otago, where he taught for twelve years. He now holds a senior position at an Australian university. He has an international reputation as a scholar of Romantic-era poets, with a special interest in the beliefs and interests of Coleridge. He is the author of Coleridge, Form and Symbol, or The Ascertaining Vision.


He is not me; and as far as I can recall we have never met, although I’m sure he would be an interesting chap to meet. If he ever gets to read this, he is most welcome to comment and correct any errors I might inadvertently have made about him.


I am making heavy weather of this because, New Zealand having such a miniscule literary (and book-reviewing) community, the two of us are every so often confused.


The late Michael King (one of the assessors of my doctoral thesis) once told me that he baffled the “other” Nicholas Reid, when he was teaching down at Otago, by congratulating him on his film reviews. Actually I’m the one with a lot of film-reviewing on my CV.


When I was lecturing in History down at Otago, for two semesters, I got in touch with the poet Richard Reeve for the first time by e-mail. He assumed at first that I was the “other” Nicholas Reid, as apparently the other chap was one of his thesis supervisors.


I have checked the University of Auckland Library's catalogue and I discover that the silly beggars catalogue my books and the other guy's books together, presumably assuming we're the same person. As I have guest-edited Poetry New Zealand four times now, I suspect there may be some readers who think I am the other guy who is, after all, a critic of poetry.


Now try a little game. Type your own name into a search engine. Unless you have a very unusual name, you will find that there are dozens of people with the same name as you. I’ve tried this and found Nicholas Reids who are sportsmen, marine biologists, doctors, real estate agents etc. etc. in various parts of the world; and doubtless, if such things existed on Google, I’d find some who were in jail for various crimes. The same would be true of people with the same name as you.


A few years ago, there was the asinine proposal that a football stadium be built on the Auckland waterfront. Apparently somebody called Nicholas Reid wrote to the New Zealand Herald saying what a good idea this was. A Distinguished Auckland Literary Figure wrote to the Herald disagreeing vigorously. As I do not subscribe to the Herald, I heard about this at second hand. I at once rang the Distinguished Auckland Literary Figure (with whom I have a nodding acquaintance), agreeing with his viewpoint and dissociating myself from the chap with my name. I do not believe this was the Dr Nicholas Reid who has written about Coleridge, so you see how easily your name can get into print in ways you neither want nor expect.


At this point I was going to go into a whimsical excursus upon Doppelgangers, but I think I will spare you this. Still, there are times when I feel like the Student of Prague.
Posted by Unknown at 9:00 AM

Email ThisBlogThis!Share to TwitterShare to FacebookShare to Pinterest
Labels: Something Thoughtful, Who Is This Ghost Who Walks Beside Me?