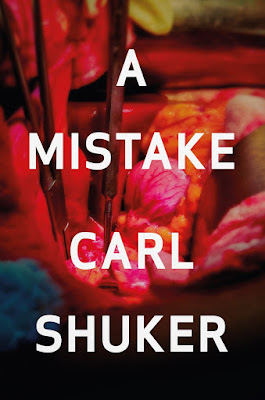 It’s rare to come across a novel that succeeds in telling a compelling story in clear prose, with great intelligence and without patronising its readers. Carl Shuker’s A Mistake succeeds in all these ways.


I admired Shuker’s first novel The Method Actors, which was baroque by comparison with A Mistake, but which sounded deeply our reactions to, and understanding of, Japan. I wasn’t so taken by his second novel, The Lazy Boys, mainly because it dealt with a circle of people – deadbeat Kiwi university students – who are alien to me; but I wouldn’t deny the author’s skill in bringing his characters to life, or the authenticity of his tale. In their very different ways, both The Method Actors and The Lazy Boys employed many modernist and perhaps post-moderninst techniques in narration that would alienate some readers.


Is A Mistake Shuker’s deliberate move away from this style of writing?


The prose here is pared-back, straightforward (although much medical jargon necessarily comes into it) almost minimalist. The narrative is linear, without any elaborate flashbacks or flashforwards. The ideas are strictly focused and the novel is brief (fewer than 200 pages). Although not a medical man himself, Shuker draws on much knowledge of medicine, having been an editor for the British Medical Journal and having – as the acknowledgements note – drawn upon the advice of medical people.


Elizabeth Taylor (yes, some people make a joke of her name), in her early 40s, is the only woman consultant surgeon in Wellington hospital. With her registrar Richard McGrath, she performs surgery on a young woman, Lisa. In the course of the procedure, she finds severe sepsis around an IUCD (contraceptive device) in the young woman. Also in the procedure her registrar, at her instruction, inserts a surgical device, but in a way that severely damages the young woman. Elizabeth attempts to repair the damage. Post-operation, Lisa is transferred to intensive care, and dies. 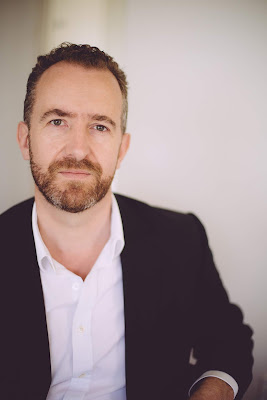 Synopsised in these terms, A Mistake could sound like the outline of a TV medical show – but it is no such thing. Through this situation, Shuker produces not only a detailed character in Elizabeth herself, but also vivid accounts of pressures upon the medical profession and the politicking that surrounds it. Elizabeth is aware that the Minister of Health is promoting “transparency” by making public reports on people who have died in surgery – in effect, publicly “ranking” surgeons. She and a colleague are trying to get published, in a prestigious British medical journal, an article about the negative effects of such a policy. They argue that it will increasingly make surgeons more risk-averse, and more likely to avoid poorer, less-healthy patients, and to take on only uncomplicated cases, to protect their reputations and career prospects. There are also, throughout the novel, many suggestions about the different conditions prevalent in private and public hospitals, and about the privileges of those surgeons who have come from private schools and who have parents in the medical profession.


Elizabeth is under many pressures. Early in the piece, we are told: “Elizabeth’s voice was cheery and pleasant. She had been up for 27 hours. This was the end of her on-call. She was so constipated she had not used the toilet in two days. It was useful for operating. She hadn’t drunk any liquids but coffee all day and her bowels burned and felt dry and heavy and wooden, reliable.” (p.11) Anybody who knows about the life of surgeons in public health will know about the long, tiring hours they have to work. Elizabeth also knows that to be a surgeon is to have to live with stress. When her registrar Richard seeks some words of consolation for the accusations he feels are levelled at him, she thinks: “How much mercy do you need? She thought what to say. How to let him hang from the hook and still function. How to learn to love the hook.” (p.31) “Loving the hook” must mean getting used to the inevitable stress. Elizabeth goes through the trauma of meeting the dead young woman’s parents, and has to face a “Morbidity and Mortality” session in which colleagues dissect her surgical abilites. Obviously this will have an impact on her career. In much of this, we are also aware that she is a woman in a male-dominated profession, sometimes patronised and often protecting herself with sarcastic wit.


Yet we are never nudged into seeing her either as a victim or as faultless. She operates while listening to thrash metal and while worrying about the article she is writing. Is this foolish distraction from the job on hand? She is often abrupt with people and comes close to being her own worst enemy when dealing with those who are assessing her case. Throughout the novel she makes snap judgements on people – often signalled by two or three lines physically summing up somebody to herself, and then thinking something negative. A whole lot of things are implied by this habit – her arrogance, but also her cocksureness. After all, you have to be not only skilled, but also self-confident, to plunge a surgical knife into somebody.


More generally, Shuker presents most of Elizabeth’s professional friends as hedonistic and smugly wealthy, like the hip bourgeois lawyer and his wife in Wellington, or the hard-partying surgeons in Auckland.


How or whether Elizabeth’s problems are resolved is for the reader to find out (I have synopsised little of the novel here). But I can note the range of images Shuker deploys to characterise her. Throughout her story, there are details of the Space Shuttle Challenger disaster in 1986, about which she thinks often – an apparently tiny thing that caused the death of a full compliment of astronauts. Surgical fatalities are also often the result of something tiny. Disreetly at first, but more clearly later on, we are told that Elizabeth is a lesbian whose relationships are precarious and so who is esentially a solitary person. She is childless by choice, with many implications that a woman wishing to get ahead in a highly-paid but very stressful career in surgery has to give up many things. There is also her determination to fix and restructure her house on her own – a situation which leads to another “mistake” late in the novel. The single-mindedness that allows one to become a surgeon is similar to the aggressive ability to pull a house apart and put it together again.


Like all good novels, however, A Mistake is not as neatly schematic as I might have made it seem in this notice. You are pulled along by the momentum of the story, by the sharp characterisation, by the social awareness and understanding of a whole profession; indeed by all the things that make it not only a good read but also a great brain-piece.
Posted by Nicholas Reid at 9:02 AM

Email ThisBlogThis!Share to TwitterShare to FacebookShare to Pinterest
Labels: A Mistake, Carl Shuker, Something New