Why do the same lessons have to be taught again and again?


If you are used to this blog, you will be aware how often I’ve preached that works of art should be judged on their own merits. They should not be judged on how much we like or dislike the life of the artist, writer, sculptor, composer or movie-maker. (See, for example, the posting The Song Not the Singer and other postings). How a creative artist behaves in his or her private life obviously influences the type of work he or she creates. But we should judge the work, not the biography of the artist.


An example I’ve given before is that of Eric Gill. A skilled artist, sculptor and typographer, Gill was much esteemed in his lifetime (the early 20th century). But long after his death, a biography came out revealing that he had sexually abused his own daughters. There was outrage. Gill had made Stations of the Cross for London’s Catholic Westminster Cathedral. A petition went around demanding that “in solidarity with victims of sexual abuse”, these works of art should be removed. But, as the columnist Auberon Waugh argued, if you are going to apply that sort of criterion to the display of works of art, then you might as well start emptying out the art galleries now. I'm happy to say that Gill's fine sculptures can still be found in Westminster Cathedral


How many artists have lived turbulent or violent or sexually abusive lives? Answer: quite a few. So are we to judge, or ban, works of art because their authors were “bad people”? Goodbye much art. 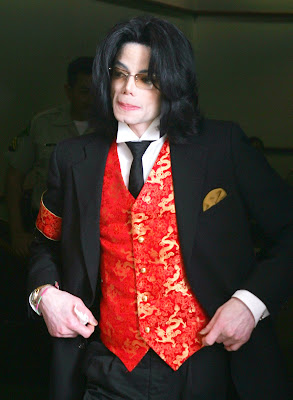 Latest outbreak of this approach concerns somebody whose work doesn’t appeal to me in the least and who, on the rare occasions he’s come to my attention, I’ve thought of as a bit of a freak. Michael Jackson (or “Whacko Jacko”, as the American press sometimes called him) made music which appealed most to young, and mainly female, teenagers. Not quite bubblegum but somewhere in that ballpark. African-Americans often criticised him for expunging his ethnic identity by extensive plastic surgery that made him look like a weird white ghost.  For a long time, there had been suspicion about how this Peter Pan related to young children, with rumours of child abuse. Now, ten years after his death, those suspicions appear to have been confirmed. "Leaving Neverland", a documentary, has been aired in which two young men credibly accuse Jackson of grooming them and of repeated sexual abuse when they were children.


And what is the reaction? In New Zealand, Canada and the UK, radio stations have taken Jackson’s recordings out of their playlists. In effect, his music has been banned.


This makes no difference to me, of course, as I rarely listened to his work in the first place. My life won’t change if he’s never heard again on the airwaves. But (quite apart from the fact that Jackson isn’t the most-often played pop star now anyway), there is this hideous confusion of musician’s life with musician’s work. Let’s assume that Jackson was completely guilty as charged. Would that suddenly make “Blame it on the Boogie” an incitement to child abuse? Nope.


I realise there is an additional problem when it comes to singers, dancers and actors who are seen in films, music videos, TV, podcasts, Youtube etc. A novelist, poet, painter, sculptor or film-director is quite clearly a separate entity from his or her work. But the mass audience tends to confuse a performer with the role being performed. Bill Cosby on television is the nice doctor in the long-running sitcom. Therefore when Bill Cosby is convicted of serial rape, the audience thinks there is no difference between the actor and his performance, and suddenly his show (or rather, repeat screenings thereof) becomes anathema.


Thus too with Jackson.

Email ThisBlogThis!Share to TwitterShare to FacebookShare to Pinterest
Labels: Learn This Lesson People, Something Thoughtful