Once or twice before on this blog I have made it clear that I have never been an admirer of the works of David Herbert Lawrence (1885-1930). (See on this blog incidental remarks about Lawrence in a piece concerning Aldous Huxley’s Point,Counter Point and in the essay Religionand Spirituality). Forty-five years ago, as an honours student in English, I had a lecturer who was too uncritical an admirer of Lawrence and who was apparently under the impression that Lawrence had opened a new path to true enlightenment for the human race. As I trudged through the set texts The Rainbow and Women in Love, and read on my own initiative Lady Chatterley’s Lover, Aaron’s Rod and The Plumed Serpent, I could find no evidence of this. 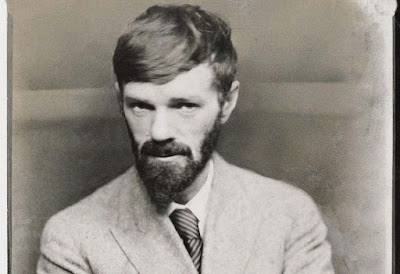 The Lawrence I encountered in the texts was a man who canonised the ego, confused his sensual experience with the spiritual or religious, and used far more “blur words” in conveying that experience than Joseph Conrad was ever accused of. Lawrence’s novels were padded out with vague generalities and a vocabulary which rhapsodised while often avoiding being specific about what his characters were doing. There was also a repugnant element of what I called “sensual bullying” in Lawrence’s works, a habit that seemed to have been picked up by his most ardent admirers. This was the assumption, made by Lawrence’s leading male characters and by Lawrence himself, that “my sensual and sexual experience is liberating, enlightening, connected to nature and leading to new and wondrous perceptions – while yours is dirty, sordid, bourgeois and animalistic.” In other words “I am superior to you because I feel things more intensely than you do.”
I saw something fundamentally wrong in the way Lawrence looked at the world, in his attitude to women and in his massive misunderstanding of society. I am not pretending that I anticipated the wave of feminist criticism that broke over Lawrence’s work in the decades after I was first a student. In the early 1970s, Lawrence was still known to the general public as a “daring” controversial author, largely because of the publicity surrounding the trial for obscenity (in the early 1960s)  of the publishers of Lady Chatterley’s Lover. He was, to quote the blurb printed on the back of a paperback reprint of one of his novels, “the prophet of sex”.  But later, in the 1980s and 1990s, he became more marginalised in university Eng Lit studies as feminists pointed out how much his stories depended on male domination of women, on women submitting to strong, sensual men and on a lack of equality between the sexes. (Some also noted his aversion to homosexuals – but this was commonplace in writing in his lifetime.) No – as a young student I did not articulate this. But I did see that in the Lawrence universe, there was a revelling in penis power, and for Lawrence’s protagonists, other people existed to feed his enlightenment-through-sex.
Remember, I was judging Lawrence by his written works. That is the only fair way to judge any author. I was not judging him through the personal psychological weaknesses that are revealed in any honest biography of him. I also gave him a “fair go” and revisited him when I was a secondary school teacher. For three years, I chose to study with my Year 13 pupils Sons and Lovers, which, for all its flaws, still strikes me as his best work, written before he went off the rails and began raving about “blood” and his “gods” and his penis as the road to Nirvana. 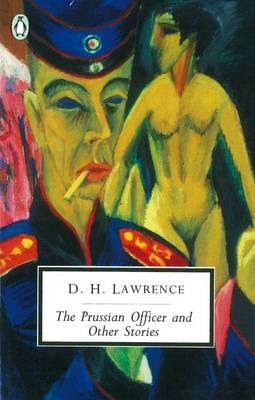 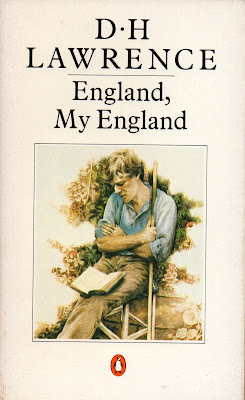 Email ThisBlogThis!Share to TwitterShare to FacebookShare to Pinterest
Labels: D H Lawrence, England My England, Something Old, The Prussian Officer