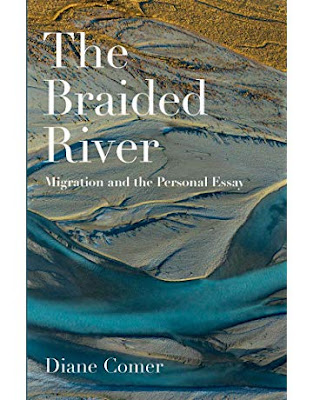 Here’s a problem – finding a book on an important topic, noting the good intentions of the author, and yet, reluctantly, having to point out the book’s many flaws. This is the penalty of writing honest reviews, as opposed to puffs.


Diane Comer’s The Braided River is concerned with the experience of immigrants coming to New Zealand. At the moment, few topics are as important to New Zealand as the dynamics of migration. New Zealand is now a truly multicultural society, with citizens having come here from many countries. According to the 2013 census, 25% of New Zealand citizens were born overseas, which means a far higher proportion of immigrants than in most countries. Worldwide, only 3.4% of the world’s population live outside their birth countries.


Frequently, Diane Comer uses the image of a braided river, like those wide, shallow South Island rivers with (except when they are in flood) their many small streams running separately in the same direction. This is a fairly obvious metaphor for migrants being different strands coming together in one country, as in the statement: “The idea that identity is a confluence, something that flows together like a braided river with different channels, is particularly well suited to migrant identity informed by more than one language and culture.” (p.218) Diane Comer rightly celebrates the richness and variety that a multicultural society entails. (For similar sentiments, see my post How Guilty Should I Feel?) 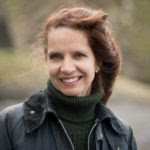 Many things that piqued my interest are said in Comer’s lengthy Introduction, “The Headwaters of the River”, despite its verbosity and repetitions. As she does elsewhere in the book (as well as the Introduction, see also pp.77, 146, 157 etc.), Comer spends some time narrating her own migrant experience. She was an American army child who moved from place to place with her parents, living briefly in a number of countries. She came to Christchurch, with her husband and two children, in 2007. Having had a university position, she was at first dispirited that she could find only low-paying work in New Zealand, but she discovered her metier in conducting classes for immigrants “who wanted to write about their experience in coming to New Zealand” (p.17). Later, because of the Christchurch earthquakes, she and her family moved to Sweden, but it was in Sweden that she realised New Zealand was her real home, she came back here to settle permanently, and she resumed her teaching of immigrants. She encouraged the writing of personal essays, which she sees as vital in helping immigrants to understand both their new environment and the nature of the transition they had made in moving from one country to another. She notes:


“The course was inexpensive and drew adult migrants of all ages, from a variety of backgrounds and many parts of the world. The random demographic of each term’s class challenged the assumption that the personal essay is the province of the middle class, well-educated older writer: the course attracted migrants from their twenties to their eighties, and while it included doctors and lawyers, it also included individuals who had left school at 16.” (p.15).


I was particularly interested when she writes that this book “details the experiences and thoughts of 37 migrants who between them wrote 200 personal essays.” (p.18) I looked forward to their many insights.


In my usual tiresome and flat-footed, bibliographic way, I can run through the book’s structure and development to show how Comer’s ideas are developed.


“Roots” (Chapter 1) concerns the points of origin of immigrants and the wrench they feel in leaving their countries of birth. “Routes” (Chapter 2) concerns where immigrants come from, how they arrive in a new country, and what immediate pychological adjustments they have to make. “Closing the Distance” (Chapter 3) deals with the effects of distance (particularly relevant to an isolated country like New Zealand) as immigrants realize how far they are from their points of origin – hence the pull of nostaligia and the desire to contact relatives and friends overseas (although, on p.138, one Chilean immigrant admits to feeling a freedom from social contraints in New Zealand, and hence was reluctant to contact people back in Chile). Chapter 4 concerns what it is like to learn how to live in a new country. There are the difficulties, for many, of a foreign language, and of an alien (physical) environment. There is the need for “reciprocity” – that is, connecting with people and learning the positive things about the new land. All this tends to be harder for those older immigrants who have already acquired so many memories, and absorbed so many mores, from their countries of origin. “The Migration of Identity” (Chapter 5) is about the way immigrants negotiate finding their own identities – being at once New Zealanders and people whose formation happened elsewhere. Finally “The Gift of Return” (Chapter 6) recapitulates – somewhat windily, alas – the major themes and ideas of the book.


I cannot emphasize how much I applaud the aims of this book – it is an attempt to make us aware of the experiences and perspectives of immigrants to New Zealand. But it is a truism that the good intentions of a book are not the same as its achievement or impact. Having read in the Introduction that The Braided River would deal with “the experiences and thoughts of 37 migrants”, I expected to hear the raw and sincere voices of the immigrants themselves. And that is not what we get.


Each chapter trundles along as a sort of continuation of the Introduction. The author theorises about immigration in general, speaks of her own immigrant experience, and discusses the methodology and accomplishment of the classes she conducted.  Yes, statements of the immigrants themselves are quoted – but they are only quoted, usually as a single paragraph here and there; and then they are subjected to lengthy analyses by the author, commenting on the implications of their word-choice, the imagery they use and so forth as if we, the readers, would not be able to interpret these things for ourselves.


Take the opening chapter “Roots”. The author gives us lofty ideas on the nature of memory, roots, origins and the immigrant’s sense of dislocation, heavily buttressed with quotations from the likes of Susan Sontag and Paul Ricoeur to show her intellectual chops. The prose, and the frequent use of academic quotation, make it read like a thesis rather than a book for the general public. Instead of being allowed to speak for themselves, the immigrants are embedded in this copious commentary. The middle-aged English immigrant Amelia speaks for a paragraph about the sensation of coming to New Zealand and what it was like for her children. Whereupon the author spends pages interpreting for us what Amelia meant, and then comparing Amelia’s experience with her own experience in coming to New Zealand with children. Then it’s the turn of an Irish doctor in his sixties called Hugh – first his one paragraph of his own, then he gets the business, with the author citing Joseph Campbell and  Jungian analyst Clarissa Pinkola Estes and God wot.


The frustration of reading this is our growing awareness (a.) that it adds very little to our appreciation of what the immigrants are saying; and (b.) that it ends up smothering the immigrants’ insights. If we are so often told how good it is for immigrants to write essays, then why can we not have some at least of these essays reproduced in full? Or is the author tacitly implying that the immigrants’ essays are really exercises in therapy rather than interesting pieces of writing in their own right?


There is, after all, clear evidence that some of the authors’ students have a way with words. Take, for example, the words of the American sculptor Doug has he re-lives his first landing in New Zealand;


“I think it’s about 5:00 A.M., other side of the dateline. The sky is blood red. Thomas has been asleep on me for three hours. I haven’t slept. My shirt is soaked. It feels wonderful. There it is in all its splendour. The green hills rise up to meet us, then fall to the sea. The distant land. Look at it, Kathleen. Our new country. Is this a fairy tale? This moment of descent carries all the seeds yet to flourish. We’ve landed. It’s September and spring again. We haven’t even suffered a winter.” (p.83)


Or take the words of Suk, the Korean woman, as she discovered the alienness of a New Zealand city and its strange language, and briefly had second thoughts about having migrated:


“When the morning went and the evening came, the nip in the air was filled with the quietness and darkness like a dead city. Where were the people? Where were the vehicles which boomed with hideous noises and a cloud of dust? The evening approached upon me, I turned on TV. The voices were flying over me like a ghost. I shuddered at the thought of the decision I’d made. There would be other tials waiting for us.” (p.92)


This is vivid writing which does not have to be “explained” to us. But Diane Comer explains it to us anyway, and at wearisome length. I sat up energised when the immigrants spoke, and slumped back into indifference as the academic commentary took over and padded along. There is much repetition in the whole book, just as there is in the introduction. There are numerous statements that read more like platitudes that original discoveries made after research.


Two moments in this book particularly delighted me. They are the words of the two immigrants who appear to have been most unambiguously happy about coming to New Zealand.


First there is the Irishwoman Daisy, who says:


“I was introduced to pick-your-own strawberries, honesty boxes, pot-luck, bring-a-plate and of course, the bottling of fruit. I loved the lot: it was all so sensible; I took to the new ways of doing without hesitation. I made friends and was befriended; I picked up new words and new ways of saying words – bach, veges and shopping-‘mawl’. I gave things a go and got on quite well – so well that we had to up sticks and go home to explain to the family that we intended to return in due course to  settle.” (p.107) (Although she does note later [on p.144] and more sombrely her sense of separation from Ireland.)


Then there is the Indian nurse Theresa, clearly aware of the greater freedom New Zealand offers her:


“When your social system has a way of looking at citizens differently you are not eligible to criticize a country that at least legally tries to treat its citizens equally. New Zealand is a country of my imaginations. People really try to make you feel at home. (Don’t count the small minority.) Friends make you feel welcomed, forget about the few who ask why did you come here? Love the landscapes (keeping in mind some part of India has great landscapes, which no one finds time to enjoy).” (p.176)


I could have done with more from each of these writers and from all the others who wrote essays. Apart from the immigrant’s voices, this book is a humane undertaking, but unfortunately over-long and overwhelmed by its own theoretical commentary.
Posted by Nicholas Reid at 9:02 AM

Email ThisBlogThis!Share to TwitterShare to FacebookShare to Pinterest
Labels: Diane Comer, Something New, The Braided River